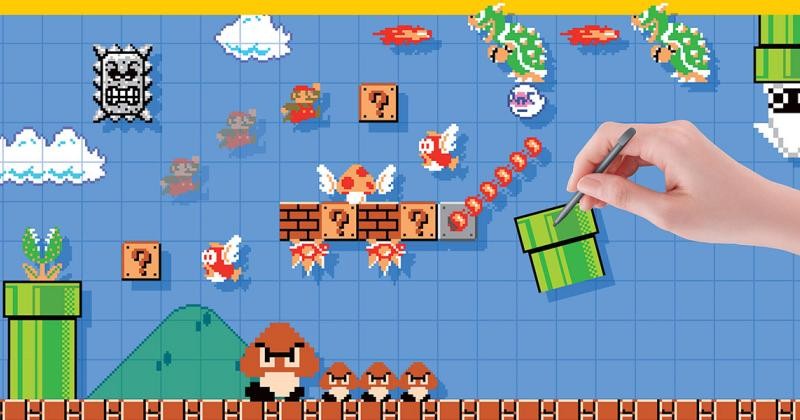 For many of us gamers, playing Super Mario Bros. is as nostalgic as it gets. Our early years spent jumping on Goombas, kicking Koopa shells, and warping down pipes are considered years well spent. Although more Mario games have come since, many of us have set aside that magical feeling of losing ourselves in the game in favor of mastering the gameplay challenges that Nintendo crafts for us.

Super Mario Maker manages to combine the feel-good nostalgia of our youth with the modern way to play games. Nintendo gives you the tools to create and play Mario levels of your very own, offering an instant portal to your wildest gaming fantasies and creating new memories in the process.

Getting started in Super Mario Maker is as easy as, well, dusting off the old NES and taking a reminiscent run through World 1-1. You can learn the ropes by trying out things yourself, or you can play Nintendo’s Challenge courses, which can show you the possibilities of the course creation tools. Playing these courses is delightful, as you are presented with familiar stages from Super Mario Bros., Super Mario Bros. 3, Super Mario World, and Super Mario Bros. Wii. These stages are “remixed” using the course creation tools. These toss plenty of unexpected twists your way, like enemies spawning out of blocks where Power-ups should be, or just more enemies in general. You’ll have to retrain yourself from the years of playing Mario games to not hit every Question Block you see, just so you don’t make things worse for yourself. But that element of never knowing what to expect always keeps the levels fresh. Super Mario Maker allows you to revisit those old levels with a similar feeling of discovery, as you wonder what changes are in store for those stages you spent hours memorizing.

The Power (Up) is in Your Hands

Concocting your own course creations is just as much (if not more) fun than playing. You start off with a basic set of tools that include Mario standbys like Question Blocks, Bricks, Goombas, and Piranha Plants. Using the stylus and the Wii U gamepad, you add in course elements from scratch or use the previously mentioned challenge levels as a starting point. More advanced tools and enemies become available over time, allowing you to create the course of your dreams or the level of your players’ worst nightmares. The gradual roll-out of content is my one major gripe with Super Mario Maker, as the full array of tools unlocks over about a week’s time. It’s a real bummer when you can’t build what’s in your head just because you’re missing a crucial part. Still, limitation breeds creativity, and I think Nintendo made the right choice not to give players everything all at once. It was certainly the safer option to stagger the tools than to risk crushing a player’s enthusiasm with an overwhelming array of possibilities. The reason it’s such a drag to begin with is that I was bursting with ideas from playing Mario games for years. To finally have an outlet for them, and on a platform so perfectly realized as Super Mario Maker, and to be told “no, you can’t do that yet,” is something you should meet with measured enthusiasm..

Course creation itself is simple and fun. You can swap your level’s tileset at any time while editing, which changes the appearance, physics, and even some of the tools you can use. For example, the feather power up in the Super Mario Bros. 3 tileset grants Mario a tanooki suit, while in the Super Mario World tileset it appropriately grants the cape. You can’t mix certain game-specific elements such as these between tilesets, which may limit some of your creative output. But the rules are there to provide a distinct look and feel to each tileset, and all four Mario tilesets capture the era of the games they represent. Having spent most of my Mario years in Super Mario World and Super Mario Bros., those were the level aesthetics I gravitated toward most. I didn’t mind that stuff from those other games was missing when playing those tilesets; it made the levels seem “true” to their parent games.

Much of the renewed sense of wonder you’ll encounter will come from thinking up new combinations of tools and seeing how they interact. For example, you can have a Lakitu that tosses Chain Chomps instead of Spinies for faster-moving projectiles and a greater challenge. Coming up with moments of genius like these are frequent in Super Mario Maker. I cackled like a mad scientist when I found that you could attach a Bill Blaster onto a flying green Koopa and have a hard-to-hit, projectile-spewing baddie to vex players with. Experimentation is rewarded; it’s easy to see how your level works with a simple tap of the stylus. Flowing between editing and playing is seamless with no loading screens. Nintendo expects inventive players will want to fine-tune their course without waiting, and the game delivers this in a responsive, accessible way.

New additions to the Mario games are in the form of two new power-ups. The first of these is more practical: Mario can wear Spiny and Buzzy Beetle shells as helmets, allowing him to shrug off attacks or break bricks for as long as he doesn’t lose it. For the more cosmetic option, Mystery mushrooms let Mario don an 8-bit costume of just about any character with amiibo support, which includes the entire lineup of Super Smash Bros for Wii U. These costumes act like a shield; if Mario gets hit while wearing one, he won’t die, but he will lose the costume. Neither of these additions are major changes, but they are on-theme with Super Mario Maker’s focus on fun.

If You Build It, They Will Com(ment)

The online hub adds one final layer of substance to the experience that is Super Mario Maker. Your profile shows any courses you upload, as well as other players’ courses you’ve tried or completed. You can rate, favorite, and even comment on another course that will show up via a chat bubble in the course. These comments can act as helpful hints or general thoughts about a given course. I initially found them distracting to the point that they detracted from my experience of each new level I played, but this is a feature you can thankfully turn off. Once I removed the comments, I was free to discover the levels for myself. There weren’t any hints in the Mario games of my youth, and I wasn’t about to start relying on them now.

Player-created levels include challenging courses that demand platforming perfection, while others often lack cohesive thought and seem like people are just having fun messing around with the tools. Others are designed like dungeons from other Nintendo franchises like Metroid and Zelda, complete with Mystery mushrooms that let the player control the heroes from those other games. Strangest are perhaps the Rube Goldberg machine levels, which automatically take Mario through a timing-based obstacle course without any interaction from the player. They’re fun and mind-boggling to watch, although their novelty may wear off after the first few you see. I found plenty of fun from levels that played with a specific interaction of the tools. These “gimmick” levels added to my constant sense of wonder, as figuring out the trick gave me plenty of satisfying “aha!” moments.

For as much time as I’ve spent dreaming up Mario courses over the years, I didn’t end up playing Super Mario Maker for as long as I thought I would. Turns out that the years of ideas I’d thought I’d had really only amounted to a couple solid courses. But there are different thresholds for different creative minds. You can choose to play it as the next-entry Mario game, as an endless array of user-generated courses. Or you may get the most enjoyment devising levels of your own, creating challenges worthy of any platforming fiend’s time. You can play it as a mix of both, playing other people’s levels for inspiration and using what you saw to concoct your own. Like any game, your enjoyment will depend on what you put into it. And I highly recommend you find out what part of Super Mario Maker you’ll enjoy.

Already I’m looking back with fondness on my time spent with Super Mario Maker. However, that comes with the full knowledge that the next level idea I come up with, whatever it may be, will be more easily realized than it ever has before. Just the idea that a Mario game of my very own awaits inside my Wii U at any moment, waiting to be booted up…

Note: This review is for the base game and does not include thoughts on post-release patches. 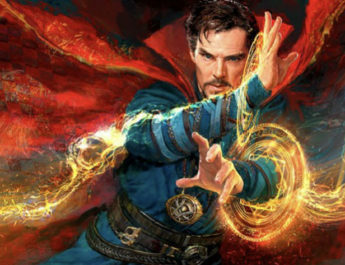