Sometimes it is a lot harder than just sticking a 2 on the end. In this issue we try to figure out going big or going home and why sophomores feel so compelled to slump.

Everything from your childhood is coming back. From Jurassic Park to the fabled ’90s era of Nickelodeon cartoons, the answer for flagging viewership is sequels. And it’s not just Hollywood that seems to have caught the bug, the video game industry has followed suit.

It’s said that you never really can go home again. In fact, you can’t go back – you can never go back. But gamers always want to go back, it’s what we do. Remember back to the first time you played your favorite game. It’s easy to visualize the specific moments that have stuck with us…

Video game sequels generally aren’t big on risks. Considering how crushingly popular those series are. Why change what works? 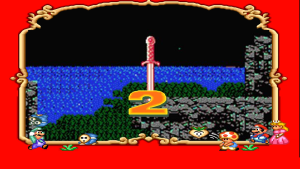 For creative types, a blank page full of miles of white space is probably one of the worst feelings in the world. So how do you do it a second time? Turn out the best ideas come from leaving it all on the page.