History is weird sometimes. Sometimes it can make something great, like the development behind the original Final Fantasy that was a longshot attempt to help the nascent Square. Other times the background for a game works against it in the public eye. The infamous Daikatana is the poster child of having the press react so strongly that it became a punchline before the first player even saw the title screen. But that’s a failing of news as a whole. There a seeming need to always have a story, no matter how dubious the claim, that games journalism in particular is guilty of. These hot takes will often create preconceptions that will tint expectations for a project, which is why many developers are closing their doors to the press. There is little reason to expose themselves and their nascent project to that kind of scrutiny. Which brings us to Mighty No. 9. 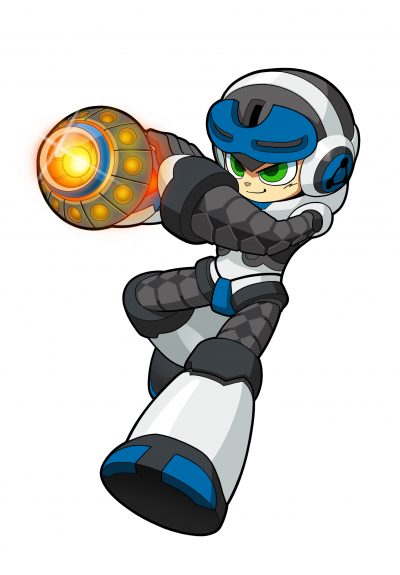 When Mighty No. 9 was announced back in 2013 and a Kickstarter campaign launched, it was dubbed the spiritual successor of the OG Mega Man. I watched from the sidelines, although as a fan of the series going way back I was certainly interested in the project. As time passed I saw Comcept, the development team, go back to the well for additional funding. Then the delays started, and ship date after ship date flew by as the Kickstarter backers became increasingly angry. They spoke of mismanagement and if message boards are to be believed – became increasingly hostile. Then on release there were issues in backers receiving their copies and DLC. In the end, I don’t know if there has ever been a game weighed down by so much baggage. Mighty No. 9 finds itself in the unenviable position of having to live up to the legacy of Mega Man, while also having built for itself a mountain of ill will due to its protracted, and very public development cycle.

But I don’t know if any of that really matters. I am a strident believer of the New Criticism school of literary theory. It states that everything should be in the text. The final project should be considered without the baggage and without the history. I leave questions of the patron model, and crowdsourced game development to other writers. The only question that I’m interested in, is whether or not Mighty No. 9 stands as a good game in itself, and where it fits into the Mega Man series as a whole. We have our copies and found that if we can ignore history, and the messiness of how this game came to be – Mighty No. 9 is doing exactly what it set out to do.

Something to consider is that Mighty No. 9 is basically Mega Man 11. There are 8 Mighty robots that have gone on a rampage, and there is a lone robot who can gain their powers and defeat them. Mighty No. 9 allows players to choose the order that they would like to complete the stages, and once they’re finished there are 4 final stages featuring the bosses again. Structurally speaking, Mighty No. 9 is almost a cover song. But there are some smart changes that are make Mighty No. 9 a lot more interesting. 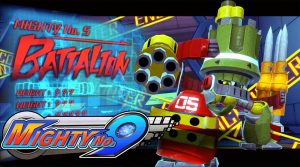 For example, during the course of the story when the hero Beck defeats one of the bosses, he doesn’t destroy them. Instead he is able to cure them of their computer virus. This has the effect of keeping them around and turning them into characters. It’s not the most groundbreaking thing, but considering that most Mega Man Robot Masters’ characterization consisted of a name, picture, weird pose before a battle and being annoying, it’s miles ahead. This also lets the developer use them in the stages themselves. So if you have already defeated one of the bosses they will appear and lend assistance in certain situations.

So when you’re climbing up a massive radio tower in one level, if you have already defeated the sniper Countershade, he will provide cover fire for some of the most difficult mini bosses. This is true of all of the bosses if the player has acquired their weapon and is up against the boss that is weak to it. 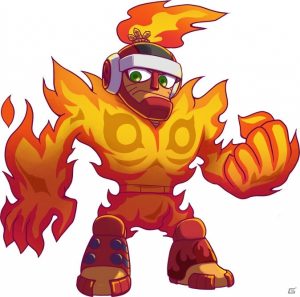 Additionally, there are multiple instances of where the weapons themselves are useful in traversing the levels. So the rocket launcher can be used in the cave to destroy boulders and open up alternate pathways. What’s fun is that many of these uses are one-offs, and appear just long enough to be interesting without overstaying their welcome or taxing the core gameplay too much. It has the effect of making the weapons constantly useful, and something that encourages experimentation instead of telling players to use them only on the bosses.

Mechanically is where it sheds the mantle of its predecessor with the inclusion of additional movement and combat options. The biggest addition is to add a “Dash” move to the standard triad of shoot, run, and jump. In Mighty No. 9 the Dash is used to finish off enemies after they have been damaged by the standard weapons. Defeating enemies in this way is incentivized by giving Beck buffs to his movement, defense and attack capabilities. This change alters the core Mega Man-esque gameplay in profound ways. First of all it increases the speed that Mighty No. 9 plays, and when making a good run through a stage players will be focused on keeping their combos going and timing their shots correctly. What’s odd is that even though it is a pretty drastic change, it still feels like something that could have appeared in a classic Mega Man game.

Speed seems to be the overall goal in Mighty No. 9. It features a weapon quick change system that lets players cycle through their favorite items in real time. But it doesn’t pause the action when players are looking at their weapon select menu. Basically, this means that Mighty No. 9 encourages players to figure out which weapon loadout they prefer to use instead of constantly stopping the game to fiddle with their abilities. 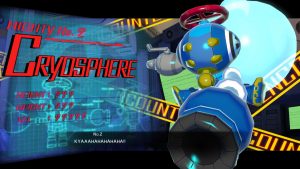 Of course this speed comes at a price. Mechanically enemies will appear and make attacks that feel cheap in the worst NES way. Especially jarring (and exceptionally annoying) is being hit out of a dash by the same enemy you thought you had just stunned. On top of that there is a general throwback attitude when it comes to instantly lethal traps and drops, which is to say they’re everywhere and do not give a shit about you. Perhaps on multiple play-throughs players would memorize the layouts and be able to rush through without issue, but on early attempts the traps may strike some as unfair. Similar complaints always dogged the Mega Man titles as well, but the focus on speed in Mighty No. 9 draws these particular shortcomings in sharp relief.

Of course you can re-run levels that you have already completed, unlike in Mega Man X there aren’t additional items to find, meaning there is very little reason to do so. Other minor quibbles include sometimes awkward respawn placement (Countershade’s stage in particular is going to be the cause of some broken controllers) and poor explanation of the alternate firing modes for weapons. Strangely, it feels like Mighty No. 9 needed more time in development. Like these issues just need a little more polish to feel really good. Now they stick out because the rest of Mighty No. 9 feels assured in what it is trying to do.

What many players and backers wanted out of Mighty No. 9, was a game that would be just as good as they remembered the old NES Mega Man games to be. But nostalgia is a weird thing and wanting a game to be as good as a memory was always going to lead to disappointment. 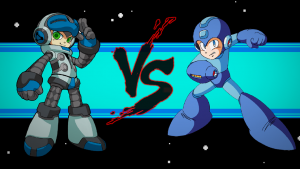 Which brings me to the question of how exactly Mighty No. 9 fits into the Mega Man canon. It’s all too easy to look at Beck and company and see the flaws, or imagining what could have been. But it’s just as easy to see these flaws as it is difficult to see the myriad issues with the original Mega Man. Fixing those flaws is the unspoken agreement that many feel was owed to them by Mighty No. 9. But the truth of the matter is that like Sonic The Hedgehog, a lot of the good will for Mega Man is based on games that are casually brutal and often not very good. Seriously, go back and play any of the NES Mega Man games and it becomes apparent they haven’t aged terribly well. So it’s not that Mighty No. 9 is some weird outlier here. If anything it manages to find the line between retro focused love letter and modern platformer. Where it wavers on what it wants to be is where the shortcomings appear.

But what is Mighty No. 9? Kickstarter horror story? Development boondoggle? An impossible promise of Peter Molyneux proportions?

No. At the end of the day if you can look past the nostalgia Mighty No. 9 is the best game in the series since Mega Man 3. The real question is whether or not those games were ever as good as you remember them. Those other questions are irrelevant. If Mighty No. 9 is what Comcept was able to do under the glaring spotlight of demanding backers and the press, I look forward to seeing what’s next.

NitWitty Score : Beck to the Future