A Look Back In Time

From Christ to Claus, Christmas is about reflecting on events long past and appreciating their impact on the present, for better or for worse. If we are talking about Christmas morning, 2001, then worse would be the appropriate response. Santa may as well have put black-tar heroin in my stocking when he stuffed it with Valve’s now infamous Counter-Strike. On that brisk winter morning my parents lost a child, and gained an addict. Counter-Strike was, and in some ways still is, the quintessential First Person Shooter. While it was not the originator of the genre it was the first to break out of Quake’s shadow and gain widespread public notoriety. Since its release the franchise has spawned two separate sequels and has become one of the leading names in modern day e-sports. The question is, why is any of this relevant? Well, because it still holds a reputation for being the best incarnation of the Counter-Strike series. The modern day sequel, Counter-Strike: Global Offensive, is often criticized for its random elements, hit box recognition, and weapon balance, pros often reminisce on stream about the Good Ole’ Days ruled by 1.6 (The patch when the  original game was arguably at its peak). 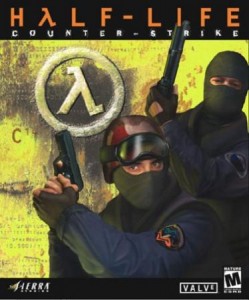 The complaints have become so vocal and widespread that I figured it was time to visit the ghosts of Counter-Strike past. To ask the question, was 1.6 really that much better? Or are people suffering from a case of the Golden Days? A desire that met opportunity when my good friend and fellow writer Eric Seal gave me a chance to guest write for his column, Retrograded.

In the name of research and deadlines, I set off down nostalgia lane immediately. A feat, which as it turns out, is actually quite easy to accomplish. There are numerous, easy to access, online mods that can be downloaded and launched in your web browser. There is no pesky disc or drawn out install. It is as easy as Googling “Me want play Counter-Strike 1.6.” After setting the client up there is a long list of publically available servers. All I had to do was scroll through the list and choose one with players in it.

The game looks and feels just like I imagined it would, old. I am not going to soften this blow, the graphics show their age and not in the cutsey retro shooter kind of way.  They look awful. Especially the guns, holy shit, they are ugly. I was struck by how far gone the game looked. I mean, I love old games and play them somewhat regularly. Anything from the N64 or Playstation era of gaming has my golden seal of approval. Thing is, no one has ever talked up those games as if they were the end all be all of a genre. They are beloved, sure, but no one suggests that they replace their modern siblings. It blows me away how attached people are to Counter-Strike’s old aesthetic. Even I, who used to play religiously, have to admit that the game looks like hot steamy garbage. Then again, graphics are not why people play Counter-Strike, and luckily the game fares far better in terms of gameplay.

Shooting people in 1.6 feels fantastic. With a little skill, the Carbine and AK47 feel like lasers. The enemy’s hitboxes are immaculate. Compared to the more modern CSGO, I felt a difference in consistency immediately. Where I shoot is where my bullets go, and if I hit something I hit it. This concept seems obvious, but it isn’t. The technology involved in tracking hitboxes to player models is intimately related to anti-cheats. CSGO, early in its development, changed how they calculate hit detection. Due to cheats like Aim bot, an illegal mod that players can download and install that gives them the ability to instantly get headshots, they restructured how the game comes up with its values. To make a technical point simple, 1.6 has none of the random hitbox issues CSGO has. By that I mean, my bullets only miss if I do. Which is good, but at the same time frustrating, because I now know how absolutely abysmal I am at aiming.

As far as weapon balance goes, 1.6 is a mixed bag. I think people tend to forget how strong the AK47 was. I mean even in CSGO the AK is considered king. Its ability to one tap a person’s head and kill them holds infinite value in the hands to a truly good player. In the more consistent 1.6, skilled players are no different from gods of war. The first game I joined I was torn to absolute pieces. And the AK isn’t the only one; the Desert Eagle is another offender of consistency and power. In CSGO the gun was made to be a lot more inaccurate. Valve felt that a pistol should not have equal footing with full priced guns and nerfed accordingly. In 1.6 the weapon is straight up dirty. I forgot how good it felt to hold a corner and tear heads off with a bang. I had a fucking ball using a pistol that was actually strong. 1.6 does a fantastic job awarding skill with a feeling of power and accomplishment. The sheer accuracy and strength of the guns translates to adrenaline as you use them well and are rewarded with dramatic kills. I mean, that’s what playing an FPS is all about, the wonderful mixture of personal skill and the rewards of improving.

Why it Felt So Good

1.6 is a game that is completely modeled around self-improvement and reward. From tricky grenade throws to walls that are thin and can be shot through, the more you know, the more you kill. Valve’s balancing strategy at the time was essentially “make everything powerful, that way nothing is too powerful.” Which resulted in a game that felt very consistent and rewarding. Except that, after a while, it got exceptionally stale. The big two guns were the only guns good enough to use. The deagle was the only pistol worth buying. When I was playing I couldn’t help but feel bored after a dozen or so in game hours. It was the same exact thing every round. With the odd AWP sniper rifle (Another monster of a gun) thrown in for good measure.

While it is true that CSGO is more inconsistent and lacks some of the depth 1.6 players grew to know and love, the game is a lot more diverse. CSGO offers new guns, working grenades, and a more rounded sense of balance. I actually have a sneaking suspicion after playing 1.6 that players dislike CSGO not so much because of the game’s quality, but because of how consistent and powerful guns felt in 1.6. CSGO does not reward skill as dramatically and because of this there is a general yearning for the Golden Years. Many of the older game’s flaws fall forgotten behind a mountain of nostalgia.

After playing a fair bit myself I have come to better understand the fanatic love the original game gets. Classic Counter-Strike is an entirely different beast that CSGO. Everything from the design philosophy to the balance has been turned around or changed in the last decade and there is still value to the old ways of 1.6. I had a fantastic time reliving the glory years and I cannot say that I don’t wish that some aspects of CSGO would change. I do. But there is no reconciling the vast divide between these two very different siblings. Each game has its own merits and flaws. In terms of the quality of gameplay, I would say that 1.6 still stands tall with the best of them. It was the first Counter-Strike, and may well stand as the most complete. That said CSGO is still an infant compared to the years it took for 1.6 to don the crown. Who knows what the future may hold for the wildly popular franchise. What I can say is that Counter-Strike 1.6 is still worth playing. It is a part of history and stands there remembered for a reason. 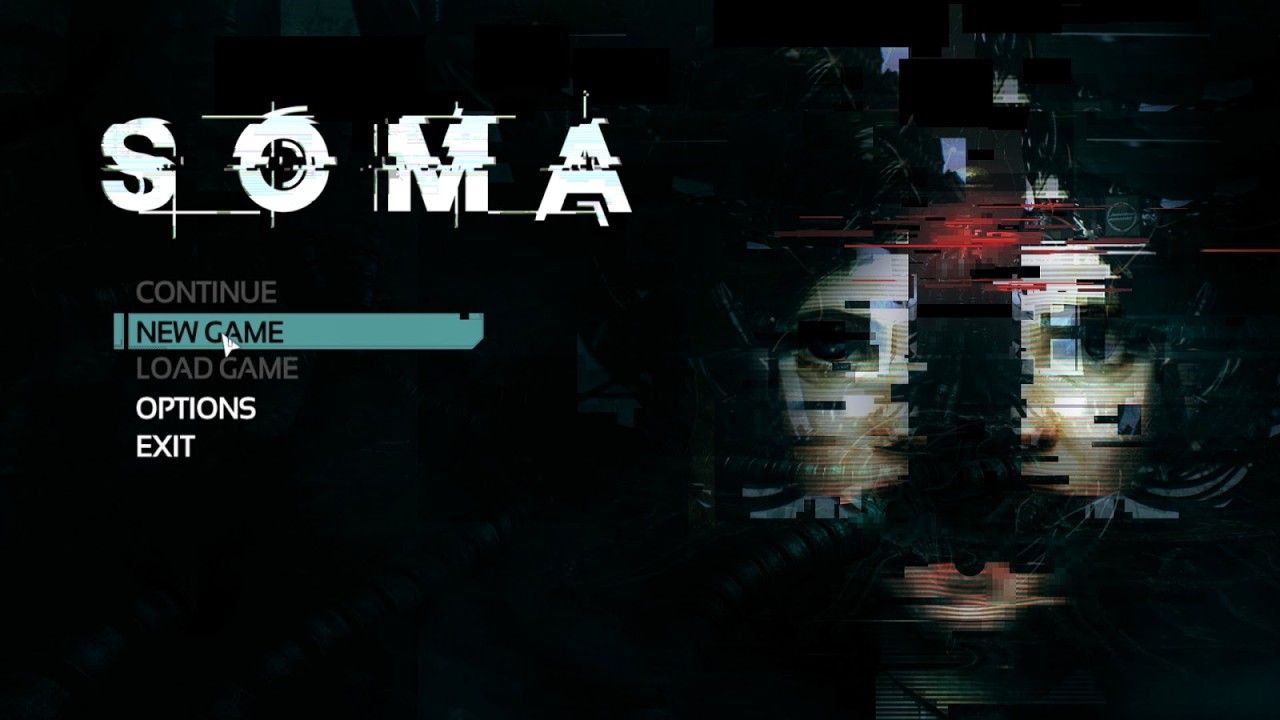 SOMA: The Darkness Beneath

October 2, 2015 Jordan Feil Comments Off on SOMA: The Darkness Beneath 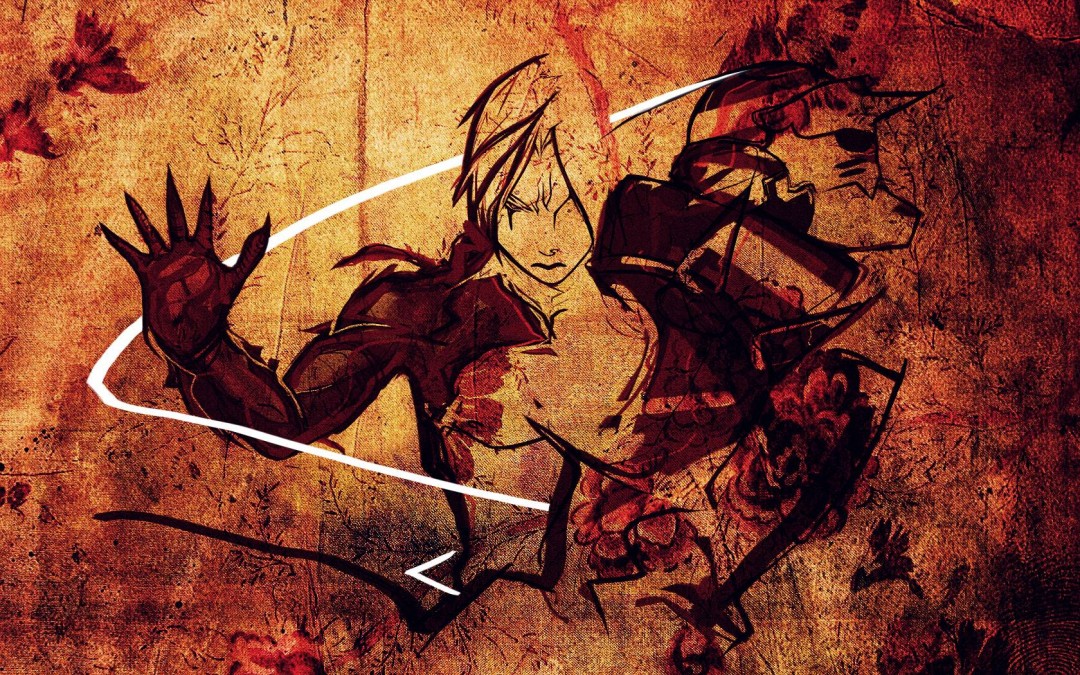 One thought on “Retrograded: Counter-Strike 1.6”