I hope everybody had a good time at their local prerelease for Shadows Over Innistrad. As always, we’re back to look at the Magic cards that may not look great at first glance, but for some reason are far more powerful that you would think they are. That’s right, we’re here to talk about the Shadows Over Innistrad All Stars. So let’s get to work. 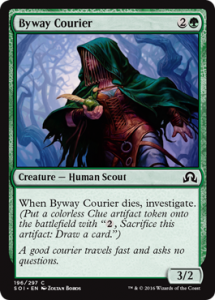 First off, let’s really talk about using Investigate. Those clue tokens are legitimately good because the limited format in the set is actually kinda slow. There’s not a whole lot of aggression, so having something that exists and says you can pay 2 to draw a card can be backbreaking with the right setup. Or, in the case of Byway Courier it allows you to replace the stuff you lost. This fine lady comes down early, will usually trade up to kill a bigger creature and give you the ability to replace her. Also, I was shocked how many hoops people would jump through not to let you get a bonus card, so she can attack with a lot more impunity that you would think.

Next up we have Breakneck Rider, which does a lot of good work. First of all, a 3/3 for 3 isn’t the worst thing in the world. But it’s the threat of that flip side that is the real treat. If you happen to be running werewolves (and you should because, like Tony the Tiger says, they’re gr-r-r-reat) flipping them up with Neck Breaker here on the team is probably getting you the W. Something to keep in mind though is that your dogs are far from likely to transform as much as you would like. So don’t always assume you’ll have the wolf side up all the time, but knowing when to let them off the chain and capitalize is key. 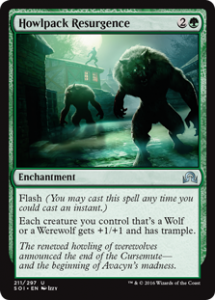 Speaking of which, if you are running with the wolf pack there is basically no reason you don’t want this. In the right circumstances, this is a blowout in combat because it has Flash. It magically (stop that – ed) comes out of no place and turns your Pound Puppies into Diamond Dogs. It would be playable if it was just an instant, but instead it sticks around and impatiently waits for your opponent to lose. 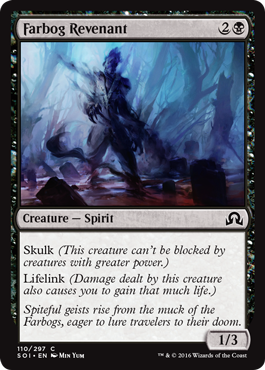 Next up, let’s take a minute and talk about Skulk. That’s the new supremely annoying ability that Farbog Revenant has. Long story short, it means that larger creatures can’t block it. The thing that makes it great in general and on Captain Farbog in specific, is mana curves. On turn 3 you are not dropping 1 power creatures usually, which means that a card like this is mostly unblockable. So Unblockable + Lifelink turns into a swing of 10 life after a few turns. Earlier it has a big butt with 3 toughness which discourages attacking into it. It’s good early and good late, which is why it makes the list today.

Another card with similar characteristics is Drunau Corpse Trawler. For 4 mana you get a 1/1 zombie and another, bonus, 2/2 zombie to go with it. Generally speaking, 3 power for 4 mana makes for sad pandas everywhere. However, this gross looking dude has the ability to make zombies gain Deathtouch. For 4 mana in a deck full of zombies this guy is makes it so that you never want to attack or block again. The threat of things gaining Deathtouch at repeatable instant speed is simply too much of a threat. 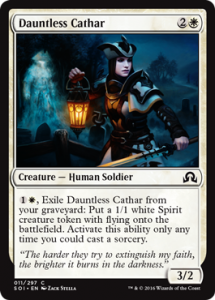 Next up we have another saucy bowl of value with Dauntless Cathar. In many ways she’s similar to Byway Courier, since they both give you a 3/2 body and a bonus if everything goes all pear shaped. in this case instead of giving you an extra card you net a 1/1 flyer. What makes this card really nice is that you probably already traded with something else, either a kill spell or another (dog or vampire shaped) creature. At that point the 1/1 flyer is nothing but gravy, and everybody likes gravy. Now if your opponent doesn’t have an answer a 1/1 flyer can put some damage on the board. Or if you’re feeling dangerous you can slap an aura on it without the threat of getting 2-for-1ed. 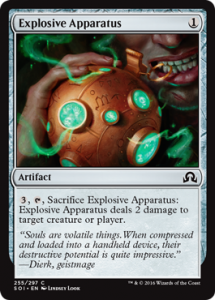 Finally we have a card that looks like absolute ass until you give it a try. Explosive Apparatus is something I want basically all the time. I got to deploy it so frequently that I even gave it a nickname, “Bottle Shock.” Here’s the deal, it’s direct damage that can go in any deck ever. It requires 4 mana, but it’s spread over 2 turns. What really great about it is that in a set with so few decent one drops, this can come down on turn 1. So early on you can blow up a blocker and get some damage in. Or maybe you use it to trade up, or finish off something with a lot of toughness. I know that 4 mana for 2 damage is not where most people want to be in terms of direct damage, but this can go in decks that don’t have access to red mana and all of the fiery joy is offers. As a real bonus, it’s a shock that doesn’t actually need you to play a spell so it will keep your wolves on their bad sides.

So there we are, taking the time to look at some of the unsung heroes of the set that play a lot better than they look. After all, they can’t all be Arlinn Kord (although she is a house). If you think I missed anything, or there’s something that really stood out for you, let us know in the comments. Until then, we’ll be back in a few short months to our first look at Eldritch Moon.

July 18, 2016 Eric Carr Comments Off on Eldritch Moon All Stars 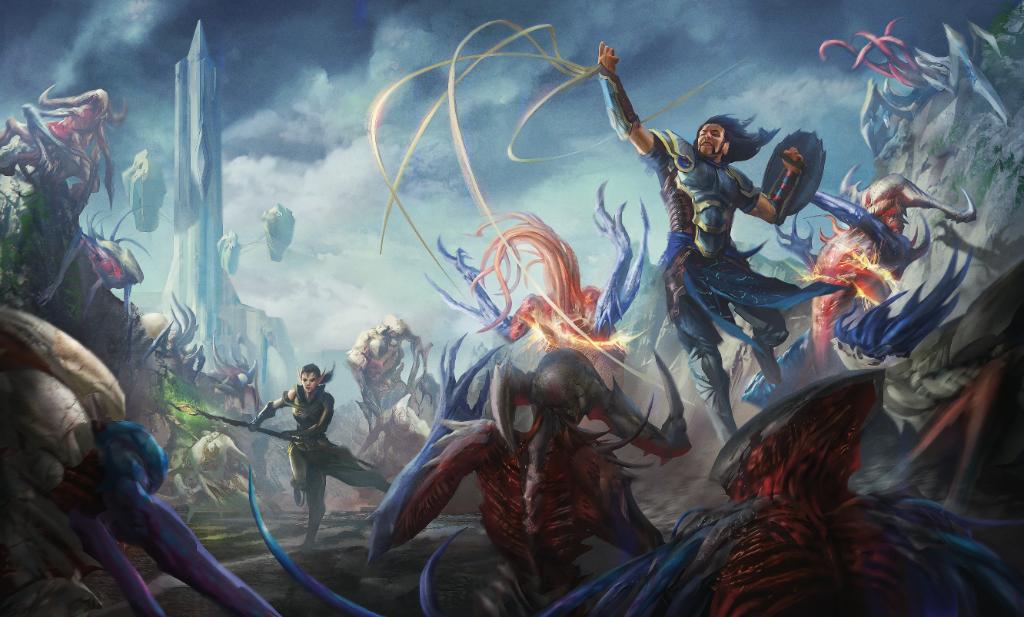