What does it mean to be a “fan?” I imagine that there are some vague boundaries that define the place where “meh” turns to “It’s alright” before running down the rabbit hole towards “it’s great” and “enthusiast.” Then, somewhere along the way you are a “fan” of something;  a fanatic that will defend whatever it happens to be while proselytizing its many, many virtues. Once upon a time, that was the length of what a fan could do. They would try to convert their local non-believers. Perhaps they would write newsletters and ‘zines if they were  true devotees. But we live in a weird time now. Increasingly that loose coalition of fans turned towards the internet to share their passions in echo chambers of their own making, which amplified their message and turned many of them from niche to legion. Now there exists a kingdom of fans, a Fandom if you will. But does that change what it means to be a “fan,” and is that different than it used to be? And of seeming importance to the zeitgeist that we float through, what happens when the fans start telling the creators what they want? 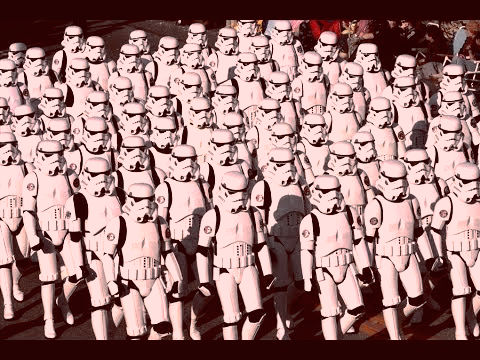 Those are the questions that we’re looking at this month.We’ll explore what it means when the fans want to stop just enjoying and start making things instead, and whether or not that’s good. Later we’ll look at what happens once the fans become a cultural force in their own right, and what that shift looks like at Fandom’s Ground Zero – Comic-Con. Later we’ll look at the uniquely Japanese genre of Doujinshi and how to do DLC to encourage an audience to reach for the wallets instead of their pitchforks. Of course, we”ll have some very special reviews on tap, and a collection of other surprises in store.

Basically we’re celebrating fandom while also dropping some cold hard truths. It’s possible we end up burned at the stake like the nerd culture apostates that we are.

Get the pyre ready – it’s going to be a fun month.

Cashing in the Community

September 5, 2016 Eric Carr Comments Off on Cashing in the Community

The Little Steam Engines That Could: Fan-Made Mods That Made It Big with Valve

September 7, 2016 Eric Seal Comments Off on The Little Steam Engines That Could: Fan-Made Mods That Made It Big with Valve