Most gamers know Valve Corporation as the evil masterminds behind the Steam Summer Sale. But before they became known for draining gamers’ wallets on an annual basis, Valve developed games — some pretty damn good ones. Any other company could stop right there, their legacy secured in the Doritos-dusted annals of gaming history, but not Valve. To add to their development talents, Valve is notable for one more thing: helping several fan-made mods become some of the world’s biggest games.

The intense multiplayer online battle arena, Dota 2; the colorful team shooter, Team Fortress 2; and the granddaddy of them all, the tactical FPS Counter-Strike — Valve encouraged the growth of these fan-made mods and, for good or for worse, put them before a global audience. As a result, these games have built up rabid fan communities that endure to this day.

Every game has to start somewhere. For Counter-Strike’s creators Minh “Gooseman” Le and Jess Cliffe, that “somewhere” was the highly acclaimed FPS Half-Life by Valve. In order to realize his vision of a more deliberate, tactical shooter, Le began designing CS using Half-Life’s GoldSrc engine. With the help of Cliffe, who also ran a Half-Life site where users could upload their own maps, CS released in 1999. In a short time, its popularity exploded.

Although gamers could already get their tactical kicks with titles like Rainbow Six, they seemed to flock to CS by the thousands. Players couldn’t get enough of the ongoing conflict between terrorist and counter-terrorist, as they planted/defused bombs and guarded/rescued hostages. Digital marksmen were drawn to the mod’s unforgiving, realistic shooting, which could sometimes kill a player in a single shot. Teamwork was also critical, as good communication could be the difference between getting steamrolled and being part of an insane comeback.

But CS fans didn’t just contribute by playing the game; creators Le and Cliffe welcomed the community’s input, implementing further improvements and changes based on player feedback. To cement their community-driven focus, all the maps in the game, including classics like “de_dust,” were entirely made and curated by fans.

The mod eventually drew Valve’s attention. Valve began to help with development, and in 2000 they acquired the rights to CS and released a retail version of the mod. They also hired on Le and Cliffe, and with the support of a large company behind it CS vaulted into the larger gamespace as a full-fledged franchise. Its booming popularity sent ripples across the FPS genre like shockwaves, and new tactical shooters like Call of Duty began to move the genre away from the rocket-jumping deathmatch mayhem of Quake and the futuristic weaponry of Unreal in favor of more realistic team-based gameplay. CS also began to rise in the earliest esports competitions due to its emphasis on teamwork and its appeal to more and more highly skilled players. 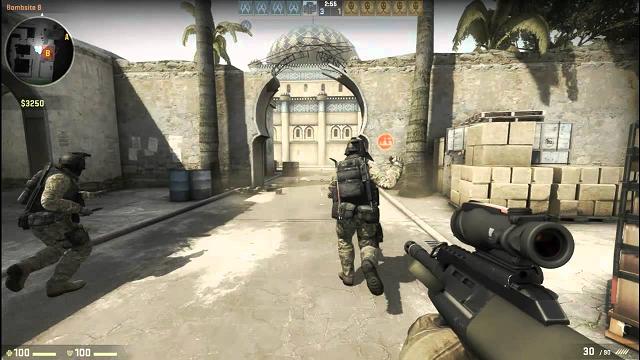 There have been several sequels, which have all gotten plenty of competitive tournament screentime. Those who play the latest iteration, Counter-Strike: Global Offensive, receive Valve’s frequent updates that continue to fine-tune the game. These updates aren’t always received well, but that’s nothing new — many players hated the retail version Valve released, even though Le is credited as saying the changes were “very subtle.” (Source.) Still, CS die-hards hold a particular reverence for Valve’s first release. (We played it recently, and it’s aged pretty well.)

Counter-Strike came at a time when other shooters were moving further and further away from reality. CS made its mark by letting players engage in firefights that felt more grounded and realistic, as well as giving them the chance to let their voices and talents be heard.

Before MOBAs became known for their hardcore communities, everything began with a Warcraft III map. Defense of the Ancients, or DotA as it came to be known, was one of the most popular user-made maps for Blizzard’s fantasy RTS. Instead of building entire armies in Warcraft III’s gameplay, DotA players control a single hero to level up, buy items, and ultimately destroy the other team. They work with their teammates to ambush enemies and capture key points on the map, communicating to execute strategies and put pressure on the enemy. Although plenty of players were still enjoying Warcraft III’s standard gameplay, DotA and its many imitators began to dominate the custom map listings. 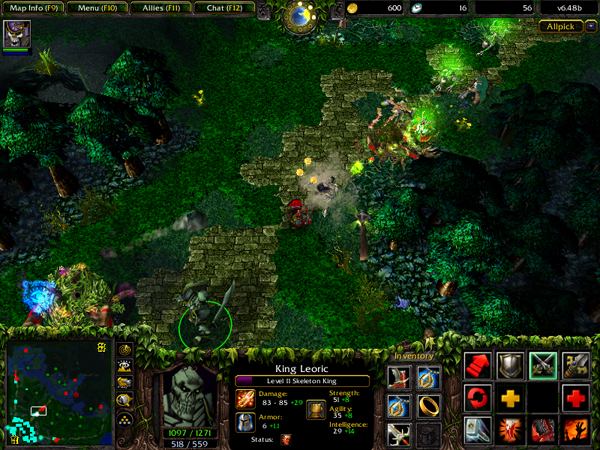 Dota was originally created by a player named Eul, who updated the map until just after the release of Warcraft III’s expansion pack The Frozen Throne. Other players, including Guinsoo and IceFrog, inherited the task of upkeeping the map for its large player base, adding new heroes and gameplay balances as needed. By 2008, the version known as DotA AllStars was a prominent esports game in its own right with professional teams and tournaments across the world.

I’ll spare you the details of how a user-made map in a Blizzard game became Valve’s newest IP. Basically, it involves Valve buying the “Dota” trademark and a lawsuit by Blizzard and League of Legends developer Riot Games, who wanted to corner the market on Dota-related branding. In the end, Valve got the rights to the Dota name, IceFrog was hired as a developer for the sequel, and gamers got a proper Dota sequel.

Dota 2 was released in 2013, and it received the same large-scale care that Valve gave to Counter-Strike. It was built in Valve’s Source engine and distributed by Steam, which is a much more versatile platform for players. This made Dota 2 available to a much wider player base, existing players got a newer, more stable game engine, and new players didn’t have to hunt down a copy of a ten-year-old game just to play. 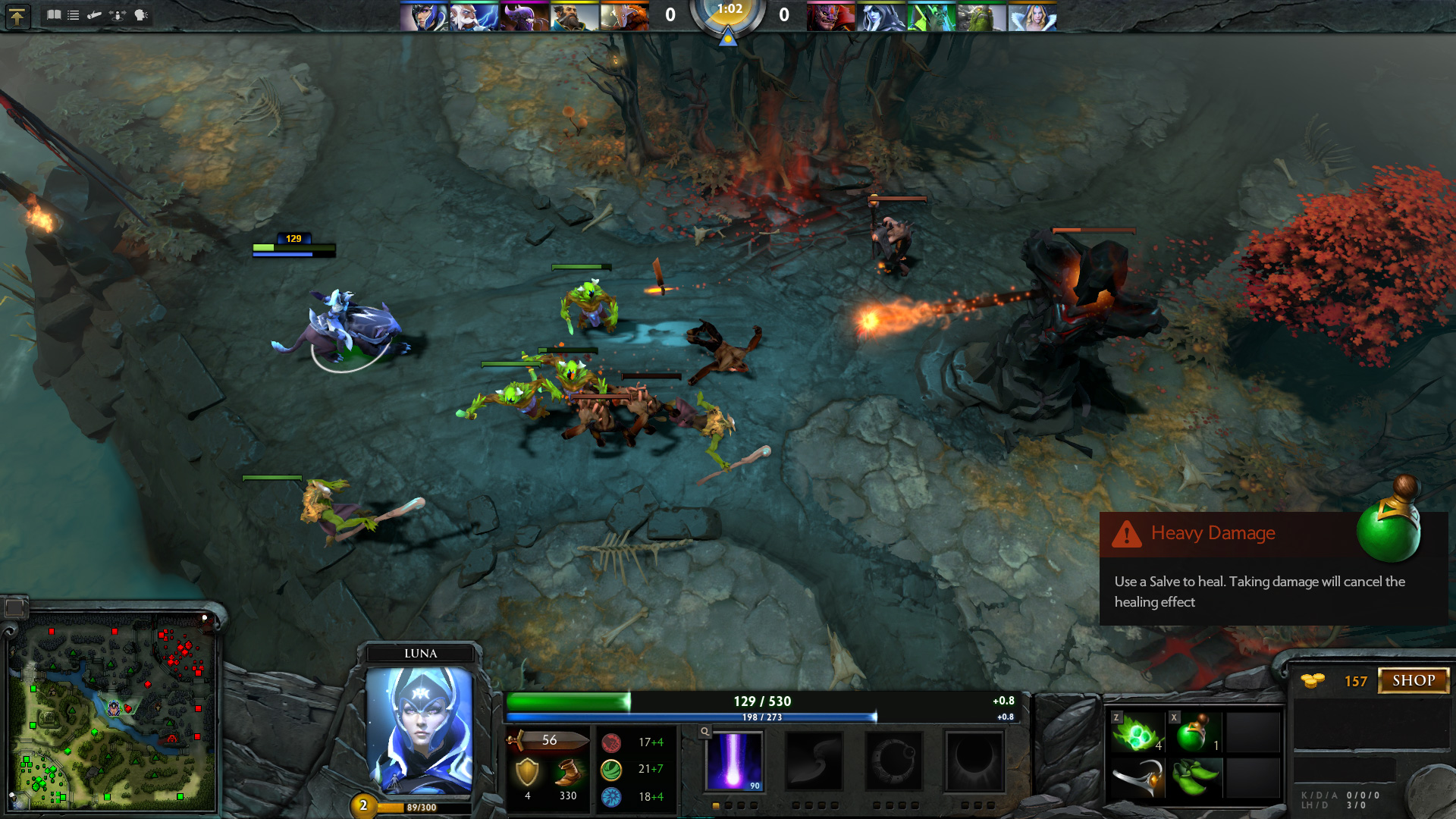 Anyone questioning whether Dota 2 would be a success should take note: Dota 2 has replaced the DotA AllStars mod as the go-to esports MOBA (that isn’t LoL, anyway). And it’s not only popular; it pays out, big time. The International, Valve’s annual Dota 2 tournament gets tons of viewers, and the sixth installment took place last month with a prize pool of $20 million.

Valve’s support of not only its players, both competitive and casual, as well as the talent that created Dota, is something to be admired. The original DotA spawned an entire genre of games, and the name is still synonymous with quality thanks to the care Valve has put into it. Indeed, the name itself was so important that it brought two big developers into confrontation; thankfully, everything was resolved and both companies got to make the games they and players wanted. Dota 2’s enduring popularity in the MOBA genre speaks to Valve’s perseverance at continuing to provide an excellent product with post-release support.

From a glance, Team Fortress 2 seems like a big inspiration for Blizzard’s stylish team shooter Overwatch, which I am still currently playing a metric fuckton of every night. But before that, it had inspired the very concept of class- and team-based FPSes like Battlefield and Call of Duty.

The original Team Fortress was a Quake mod developed by Robin Walker, John Cook, and Ian Caughley in the mid ‘90s. Known as QuakeWorld Team Fortress, the mod deviated from its base game by having players choose classes with unique loadouts rather than a shared arsenal. By 1998-1999, QWTF’s popularity had risen significantly, which the ever-vigilant Valve noticed. Valve hired on Walker and the others to port the Team Fortress sequel they’d been working on to the Half-Life GoldSrc engine, which they then released as Team Fortress Classic. If this sounds a lot like what happened with Counter-Strike, things deviate a bit here.

Walker and his team immediately began working on the game’s Valve-sanctioned sequel, Team Fortress 2, but the road to its release was paved with complications. An early version of the game was shown at E3 1999 but was eventually scrapped. It was scrapped again as the dev team moved it to a different engine, where it then went dark for seven years. Then, in 2006, Team Fortress 2 emerged at an EA conference sporting a cartoony art aesthetic and playstyle. When it finally released on October 10th, 2007 as part of Valve’s highly acclaimed Orange Box, these changes were solidified; the world finally had its TF2.

Gone was the modern military shooter shown at E3; in its place was something far more stylized and silly, yet still captured the class specialization and team-based gameplay of the original. Players were drawn to the smooth graphics and exciting interactions between the game’s nine character classes and multiple match modes, and a community began to thrive around Valve’s mod-turned standalone title. 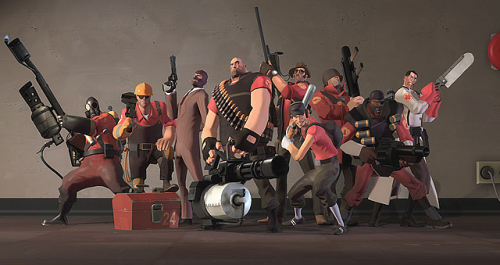 TF2 has become a popular esports game, with tournaments held around the world. It went free-to-play in 2011, which increased its revenue by a factor of twelve over a nine-month period, a substantial show of success for what had started as a mod. Original dev Robin Walker works on TF2 to this day, releasing content updates and communicating with players. His team just released ranked matchmaking in July of this year, and continues to respond and interact with fans.

Although you could see successful mods like Counter-Strike, Dota, and Team Fortress as role models, indicative of the dream that every modder cradles within them for their chance at fame and fortune, modding remains what it has always been — an outlet for creative types to express their love for games. That these mods and their creators were all picked up by a company as renowned as Valve and all went on to enjoy an above-average degree of success — that’s something borderline magical, I think.

Again and again, Valve not only took a risk by supporting these mods — two of which weren’t even in their own game engines — but they also honored the original visions held by the original creators. They didn’t have to hire on the likes of Le, Walker, or IceFrog, but in doing so they helped maintain the integrity of authorship while building good rapport with these games’ established communities.

September 12, 2016 Eric Carr Comments Off on Point / Counterpoint : The Fans are Entitled Asshats