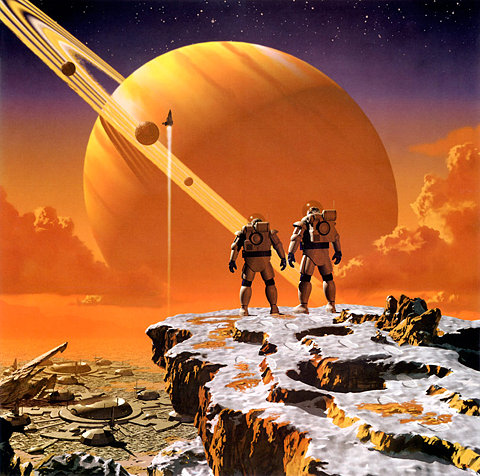 Somewhere, out there, is another planet that people will live one day. It’s very likely that this other planet is very far away, and may be a very alien place indeed. But the people that will walk on its surface, or live in its atmosphere will call it home. But what will it be like? At their core Science Fiction stories are about people living out in the universe and trying to understand the strange new worlds that they find themselves in. Good Sci-Fi doesn’t just show us amazing locations and mind bending science, but asks the questions for humanity’s place in all of it.

That’s why this month we here at NitWitty magazine are exploring the genre of exploration and the games that make players ask the hard questions about surviving out there. With that in mind you can look forward to NitWitty’s Guide to Dying Horribly In Space, and thoughts on the human condition while floating through the cosmos. Later we’ll discover how the NitWitty Crew does when asked to be their own spaceteam, and subject a neophyte board-gamer to the deep end that is Twilight Imperium.

Plus, this month we have an exploding cornucopia of reviews and we’re turning our critical eye on Mighty No. 9 and try to figure out if a player base can drown a project in nostalgia.

As always, there’s more coming too but like anything in space – we’ll get there eventually.

Night at the Table: Twilight Imperium

July 20, 2016 Jordan Feil Comments Off on Night at the Table: Twilight Imperium