I don’t know about you, but I like my war stories to have a little poetry in them. By poetry I mean maybe some beautiful prose, or a resonant theme that elevates a piece toward a higher meaning. Well, more meaningful than two sides simply beating the snot out of each other. Not that I don’t like those kinds of stories too, but more often than not it’s the poetry I find most memorable.

“Folk Hero” by Mary Pletsch has such poetry. On the surface, it’s a story about the conflict between two legendary figures on different sides of an interplanetary struggle. A deeper look reveals it’s really about a human connection that spans time, space, and generations. Every part of “Folk Hero,” from its setting to its characters, combines in such a beautiful, effortless way that it has dug itself a deep trench in my mind and refuses to give up an inch.

“Careful afore heading on into this here article. There’s spoilers about, and if’n you don’t wanna find ’em for yourself, you better read the story, else they’s gonna find you.”

Corporal Carlisle Beckett has come to Solregit make his mark — literally. He’s a marksman returning to his home planet to take out the Ardua County Sniper, a terrorist who has become a local legend. The locals, who are rebelling against the Terran Confederacy that Beckett is part of, have deified the sniper and begin calling him the Lord of the Gun. Beckett knows much about the sniper, like how the rebels ask him for favors through offerings of ammunition, from the catchy folk song they’ve written about him. So great is the town’s hero worship that they’ve fit the Sniper into their local mythology: The sniper embodies the courageous Hero who fends off the violent, villainous Swordbearer. The sniper is also notorious for having killed Beckett’s father, so Beckett has some personal stake in wanting to see the sniper dead. He has chosen to embody his own part of the mythology: the Swordbearer, come to destroy the Hero.

Beckett hunkers down in a sniping position outside of the ghost town the sniper is rumored to live in. He sees a family — a young man, a younger woman, and a baby. He hesitates, seeing similarities in the ages of his daughter, Carla, and the woman, who has a laser rifle strapped to her shoulder. He comes to terms that she is the Sniper, and takes the shot. Job well done; he returns two weeks later to the site, takes her famed rifle, and goes home a war hero.

Ten years later, Beckett returns to the planet Solregit. The Sniper has still been killing, and the folk song about him (her? he’s not sure anymore) has only grown longer with every new misdeed against the Terran Confederacy. Resolving to finish what he started, he sets up his sniping spot again. Six days pass before he encounters the new Sniper — the daughter of the woman he killed — who manages to take Beckett by surprise and kill him.

Another ten years pass. Carla Beckett has come to Solregit in her father’s footsteps to end the confrontation with the Ardua County Sniper. With the verses of the song resonating in her head, she spies the same family her father had seen, who are now a little older, a little more worn. With the oppressive silence of the town watching her, Carla makes her way to the center of town to make her own offering to the Ardua County Sniper — “a new song” — and signs it “the Swordbearer.” She leaves the old sniper rifle her father had taken as a memento all those years ago as well, and begins to leave town.

As she’s leaving, she hears a song being sung. It has notes of the old Sniper’s song in it, but the lyrics are new, telling of “lost relics returned.” Carla continues, having brought the bloody chapter of her legacy to an end.

All this talk of folk songs, sniper battles, and ammo offerings — “Folk Hero” has the trappings of a great sci-fi setting. I get a strong Western vibe from it, mostly because it takes place at a ghost town on Solregit. There’s something about that image that evokes a duel at high noon, except instead of cowboys and pistols it’s sons and daughters and laser rifles.

Nowhere in the story does it say Solregit is a fringe world, but it sure feels like one. The town is desolate, but so is the surrounding environment — the result of the Confederacy setting the hills ablaze, trying to flush out the Sniper years ago. It makes for a very frontier-like setting, which other sci-fi media like Firefly does well, but I’d argue that “Folk Hero” is doing just as good of work here with a fraction of the space. The offerings and altars at the town pole show the locals’ return to “savagery,” as Carlisle Beckett’s father had told him, which gives us some interesting insight in the different levels of technology between the two forces. It feels like that classic low tech vs. high tech mismatch, guerrilla fighters against a more powerful occupying force, where the low-tech side is winning despite the odds. Usually we root for the underdogs in stories like this, but choosing to show the story from the perspective of the Becketts lets us see how complicated this conflict is on a personal level.

What the setting really does well is set the stage for folklore to play an important part in the story. A people fighting back against an oppressive military force? Yeah, that has all the delicious motivation for a hero to rise into a legend, and for his legend to become immortalized in song. This makes “Folk Hero” a story about stories and the people who not only tell them but make them. With characters like Carla, who does things outside of what is expected of her in the grand mythology, this makes them all the more worthy of the song she gets at the end.

“Folk Hero” has a number of things going for it that sets it apart from many sci-fi stories I have read. It takes classic types of conflicts and puts them in a sci-fi setting. That doesn’t seem like the most original idea, but author Mary Pletsch pulls it off wonderfully.

For one, the concept of two families destined to fight each other over centuries — that has a romantic, almost Romeo and Juliet kind of rivalry that strikes a familiar chord within me. Carlisle Beckett has a personal stake in wanting to kill the Sniper from the very start of the story, and later, the daughters inherit that same rivalry. It has this cyclical pattern to it that just feels right.

Solregit’s folklore of the Hero versus the Swordbearer allows for the characters to be realized into their roles in interesting ways. The story is so heavily believed by the locals, yet vague enough so that gender expectations can be flipped. It was never clear that these figures were male; Carlisle Beckett just assumed that the Sniper was a man until he saw the young woman with the rifle. Subverting these expectations made for several cool payoff moments: his realization that the Sniper was a woman and Carla Beckett’s taking on the mantle of Swordbearer, previously worn by her father.

There’s also the theme of making peace to benefit the next generations; it emerges when Carla refuses to perpetuate her feud against the Sniper. Take this moment, for example:

“She thought of what she’d told Mbeki and asked herself what she’d truly come here to do. When dawn had broken bloody over a village called Legends Rise, she would have said vengeance. Now, she had no answer.”

It’s a beautiful paragraph that shows the turmoil within Carla. She feels obligated to avenge her father, like he had done for his father before him, but she doesn’t know if that’s what will really help end the struggle. Because we get to see her indecision, she grows into a hero in her own right when she decides to stop fighting the good fight and try to make peace. That’s the kind of action that sits well with us because we want to see characters doing heroic things, but it’s amplified because she could have kept on doing the bad thing. We were on her side to begin with, but her act of mercy is what makes us love her.

Children finishing what their fathers started — that’s another classic, resonant theme. It’s also one that, classically, ends badly for both sides. But Carla chose to take the first step toward ending the cycle of bloodshed; she appealed to the new Sniper using the locals’ own methods. And to the Sniper’s credit, she took the next step by not shooting Carla in the back. These acts showed these characters’ unspoken understanding that to preserve their next of kin, the killing had to stop somewhere. We don’t see the ramifications of either character’s actions, but the deed is done; for these heroes, we’re sure they’ll manage.

For a story that revolves around the rise and fall of heroes across space and time, “Folk Hero” has a fitting heroic end. It satisfies every literature-loving bone in my body, every blood cell that longs for stories about revenge, conflict, and eventually honor.

So yes, bring on the war stories; I love reading about things ‘sploding. But if you can merge the heartless brutality of battle with the heart and soul of a poem, like “Folk Hero” does, I couldn’t sign up fast enough. 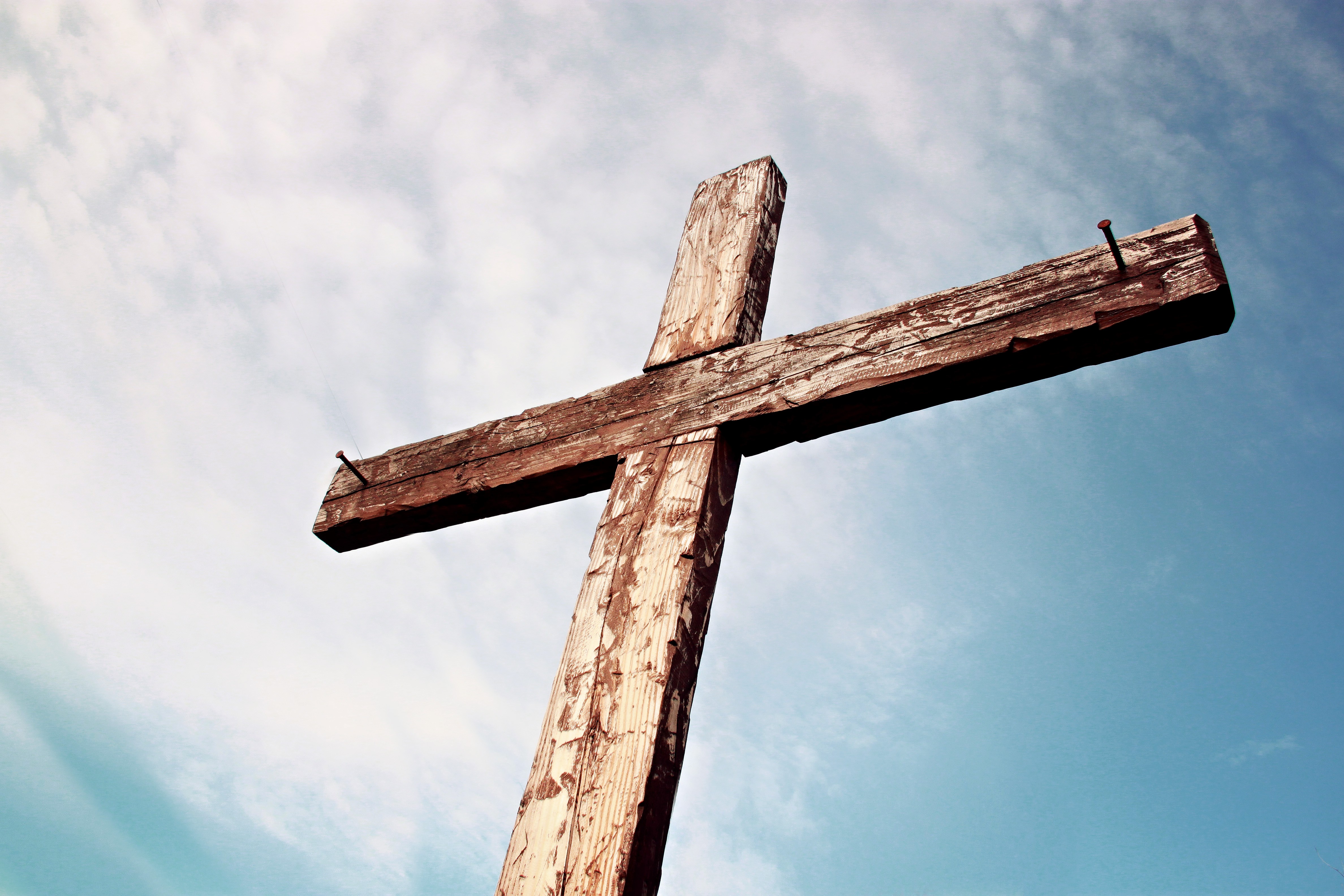 Prose Dive: When Your Child Strays From God

July 29, 2015 Eric Seal Comments Off on Prose Dive: When Your Child Strays From God

Prose Dive: Coming of the Light

September 9, 2015 Eric Seal Comments Off on Prose Dive: Coming of the Light