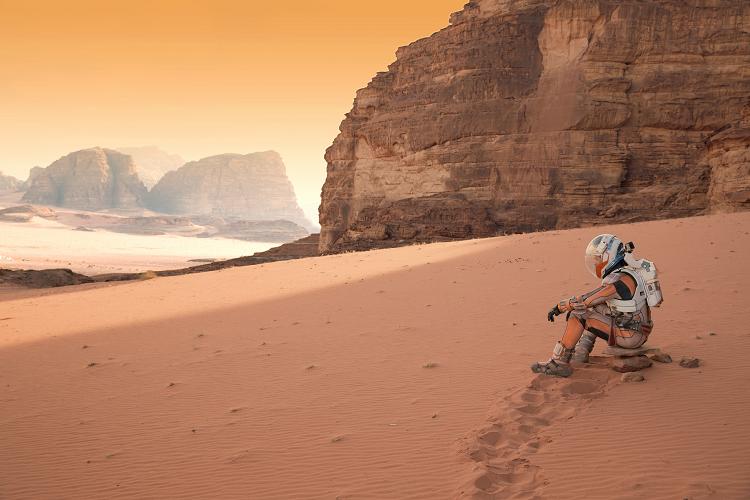 Ah, the story of the “mission to Mars.” It’s one of the cornerstones of the sci-fi genre, with a rich history of mystery and far-fetched technological fun. Still, I feel like many of these stories focus more on the mission itself and less on the interesting people doing all the work.

“When We Die on Mars” by Cassandra Khaw is not one of those stories. It does not draw us in with some spectacular science factor, some whiz-bang tech that captures our interest and pulls us along to see the clever ways in which it’s used. In fact, it forgoes explaining the logistics of the mission at all, and instead zooms in the microscope on the doomed crew of a Mars-bound starship. Oh, the mission is important — it’s so important the crew members are willing to sacrifice their lives for it, as they speed through space toward their final destination. The characters and their relationships with the families they left behind and, more importantly, their relationships with each other — those are the things that make us want to strap ourselves in and join them along for the ride. That, and of course the gorgeous prose Khaw delivers with each word, sentence, and paragraph of these characters’ final moments.

[Listen up, cadets: To ensure a successful launch, you are required to read the full text before you get underway. Understood? Failure to adhere to this warning will result in serious spoiler-related consequences. Over and out.]

Here’s the setup: A starship crew is heading to Mars to make it livable for humans, but they will not survive to see the fruits of their labor. Anna, Hannah, Randy, Tuma, Hotaru, and everyone else aboard will offer their lives for the mission, and in return, everyone who comes after them will have somewhere to live that isn’t the (probably) dying Earth. Much of the plot is simply about characters saying goodbye — to their families back home, and to each other.

“When We Die On Mars” is a weird one to talk plot about because the exciting, tragic mission the characters are going on isn’t the plot — it’s the setting. As such, the plot stuff all revolves around character relationships and development (or refusal of development, in viewpoint character Anna’s case). Instead, the plot moves by showing us more about the crew, making us care about them. By the end, we ache with knowing that even if the mission is a success, they’re still going to die.

The crew members pass the time telling stories about their lives. (Or, in the case of Randy, Hannah, and Anna, asking each other lewd hypothetical questions.) Occasionally the crew is sobered by one of the senior officers, reminding them of the job they have to do. Between these moments, much of the crew deliberates between contacting the family they’ve left behind or never talking to them again. For example, we know Anna has family on Earth, but for whatever reason she resolves not to say goodbye. However, she isn’t completely unsympathetic, especially not toward the other crew members who she now views as family. She and Hotaru help Hannah reconnect with the daughter she had put up for adoption, which gives Hannah the closure she needs before the mission. By the story’s end, when all the goodbyes have been said, the crew, having become a family, heads toward oblivion with the only known factor that they are together until the end.

When writing a story, you often must face the temptation to make the writing as beautiful as possible — to make it sing with every syllable, to make every sentence a stanza. But when you do that, you run the risk of drawing too much attention to it, turning your prose into a too-bright shade of purple. There are, of course, exceptions where the author pulls it off, and “Mars” is one of those stories.

Rather than gush over Khaw’s writing across the whole piece, I thought I’d highlight several examples where her mastery of language astounded me. First up, near the beginning of the story:

“We know why we are there, each and every last one of us: to make Mars habitable, hospitable, an asylum for our children so they won’t have to die choking on the poison of their inheritance.”

Here we learn the mission of Anna and the rest of the team. We can tell how critical it is — the possibility that their kids could “die” if they fail hits home and hits hard. What’s more, the team isn’t just making Mars a home; the choice of the word “asylum” gives it a greater sense of gravity. And “poison of their inheritance” — okay, I will indulge myself, that bit is just stunning. It conjures up in only a few words the years of bitterness and tragedy that the kids would have as they live and die in a world that their parents left them.

Next up is right in the middle, from a section where Anna has gone to comfort Hannah. Hannah reveals that she had a child when she was very young, who she put up for adoption and hasn’t seen or talked to since, and is now wondering if it’s not too late.

“Some agonies you chart alone, walking the length of them until you’ve domesticated every contour and twinge.”

Anna realizes Hannah is hurting, but recognizes the other woman needs her space. Previously, the prose had described Hannah to a scared alley-cat, prone to running away or hiding her feelings behind a too-quick laugh if Anna came on too strong; this quote I’ve chosen continues the metaphor of Anna soothing her friend like you would a pet, or a wild animal you desperately want to befriend. Also, choosing to confront pain, the “agonies” mentioned, by “charting” them give this sentence a kind of navigation theme, as if the human psyche were a map to be explored. If Anna is a navigator of some sort (we’re not sure of most people’s jobs), this sentence is even more appropriate.

Finally, we have a quote near the end. The crew is nearing their destination, and the last call for final communications with family back home has been announced. When another member of the crew declines, stating the crew is all she needs, the statement hits Anna hard:

“Everyone I care about in this vessel. The statement tears me open and I breathe the implications deep.”

Anna feels the weight behind what’s been said. She’s struggling with a family complication back home, something that has been unresolved. Although we never find out what (or who) she’s leaving behind, we see the significance of Anna’s several lines later. She repeats: “everyone I care about in this vessel,” effectively choosing the crew over the family back home. We know where she stands, and it’s sad, but it’s heroic too; she’s going down with the ship, but everyone she loves is right there with her.

I’ve written about short stories where the plot wasn’t that important. These always require some kind of justification on a case-by-case basis, where I highlight a redeemable quality to convince you of its sublimity despite its shortcomings. But maybe I don’t need to.

“When We Die On Mars” proves you can be okay with a story with just enough character details to get you to care. You can have a story with a world-ending conflict and never show it. The beauty of “Mars,” of all stories really, is that there’s always new ground to be tread, new ways of looking at old things. 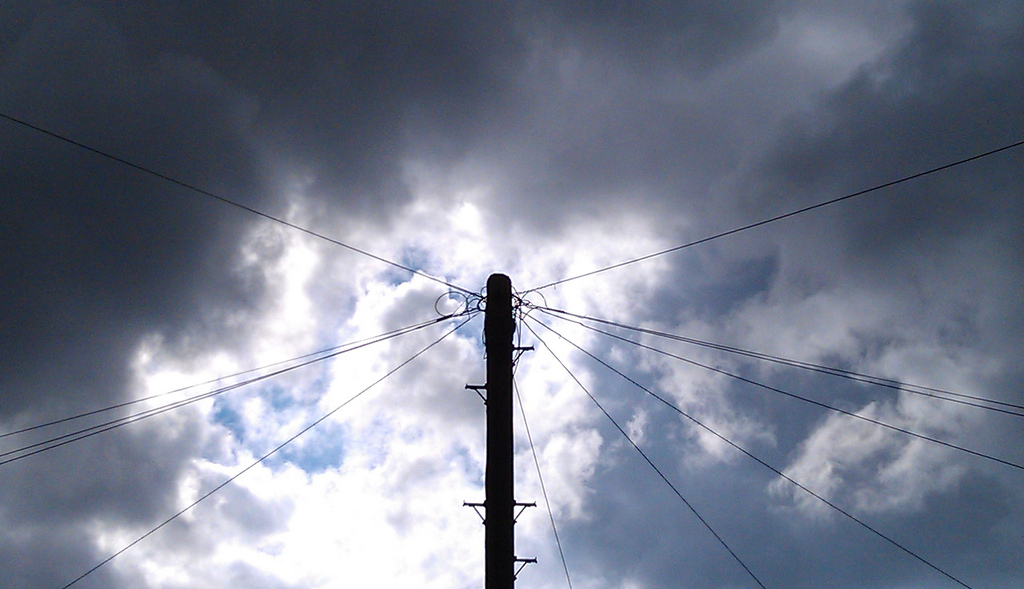