With war on the winds of June here at NitWitty the task of finding a thematically relevant manga was all too easy. Japanese art is as blood soaked as the halls of Valhalla and manga’s love of it has seen dozens of violence inspired classics rule the national rankings. Whether it’s the beloved classic Berserkor the more thoughtful Vagabond, Japan appreciates the darker side of life. For every love story or high school inspired drama there is a gore soaked vision of madness, that’s just how manga works. Still, quantity doesn’t mean quality and as far as masterworks go; blood and despair do little when used as cheap tools to inspire shock and awe. What makes a story truly memorable are the characters that wallow in all that death and destruction. Only those poor, tortured souls who go beyond their misery and come out alive, only they are able to bridge that tenuous gap. 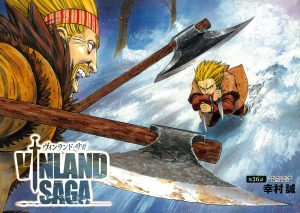 Characters like Thorfinn, the revenge thirsty child warrior from Makoto’s Vinland Saga. Inspired by Norse mythology and considered one of the greatest Viking inspired comics to ever grace the page, Yukimura’s tale is a historically driven war story about the horrors and truths of the Viking way of life. It loosely follows King Cnut the Great’s bloody rise to power as seen through the eyes of Thorfinn, a youth inadvertently swept up in a greater tale because of his unending quest to kill the man who murdered his parents. The murderer, Askeladd, also happens to be the commander of Thorfinn’s company of Viking warriors, a talented group of reavers who are all together employed as mercenaries in the Danish invasion of London.

Now, I can’t just straight up lie to you all and say that Thorfinn is what solely makes this epic great. He is a fantastic character, as full and dynamic as any of the genre greats like Berserk’s Guts or Vagabond’s Miyamoto Musashi, but he is not the only reason for this story’s overall success. No, Thorfinn is only half of the equation. The other half is a mixture of seamless combat sequences so well drawn and intuitive they nearly animate on the page and a constant stream of pure, unchecked Viking badassery. Vinland Saga is set in what is arguably one of the most interesting periods of Scandinavian history. Few histories invoke as much blood and battle as that of the Vikings and their fierce Norse Gods. And after following Thorfinn through battle and invasion, it is easy to see why. Everything from the way the characters are dressed to the way they fight is all Viking flavored. Thorfinn doesn’t use a great slab of iron for his sword and he doesn’t wear armor. His character relies on a pair of short blades and his linen dress is good for only one thing, speed.

Combat in Vinland Saga is brutal, quick, and efficient. Such is the way of Viking life. In history they are the ever-present invaders; they rape, pillage, and burn. The only way this can be accomplished repeatedly and with much success is by being efficient, fast, and smart. Short swords, cross bows, axes, and light armor are their trademark weapons and no one was better at using them than the Vikings. As a people, the northern invaders cherished war as a way of life and didn’t fear death so much as yearn for it; since falling on the battlefield promised them a place in the halls of Valhalla. When you mix fearless, battle obsessed men with fast and effective weapons, you can begin to see how the Vikings earned their reputation for making war. Also, you can see why reading a manga featuring them as the main protagonists, is such a memorable experience.

Take this image for example, where another of the story’s main characters, Thorkell, tells a man he is about to fight and kill that he needs to enjoy death. This scene speaks of the philosophy shared by warriors of the time period and explains a little of its brutality. One of the main running themes throughout the manga is whether or not this kind of flagrant disregard for life is a good thing. From our perspective that question seems absurd but for the often exaggerated reputation of the Vikings, killing was all they knew. The axes and blades defined them and stood as a core principle of their culture. Vinland Saga doesn’t shy away from exploring this and as the story unfolds we follow Thorfinn as comes to grips with what he is. A change that is actually inspired by his dealings with Thorkell, a fellow Viking, and one whose entire life revolves around his love of bloodshed. 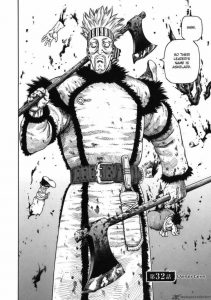 Thorkell’s weapon of choice is a pair of dueling hatchets. He is a wild fighter, inspired by the fabled Beserkers his style involves a kind of battle driven rage. In his frenzied and frothing trance Thorkell is made out to be all but invincible. His strength – over exaggerated, and his accuracy and speed – completely out of bounds. Makoto paints him as a god. The Viking stands as a warrior with a traditional warrior’s spirit. Then, switching gears, we have Thorfinn. A small fighter who favors daggers, speed, and fighting style that relies on instinct. From the time he was young all he has known is pain and that has changed him. He is every bit as viking as Thorkell but behind the rage there is a sadness that builds with every fight. Between the blades rests more than life and death, an entire way of life is being put to the test.

Through Thorfinn’s and Thorkell’s multiple clashes and on page confrontations Vinland Saga explores the different extremes of warrior philosophy. It’s a line of questioning that takes us past any sort of cheap shock value and gives new meaning to all the blood and guts that came before it. Which brings us to one of Vinland Saga’s crowning achievements, the pay off. Between its brutally realistic art style and knack for introspection, there are no undelivered promises or wasted spots of slow burning lead up. When Vinland Saga promises a fight it gives you some of the most hellacious and well drawn violence you have ever seen. Thorfinn doesn’t always stay a naive and vicious youth. War ages men and Thorfinn is no different. Extreme and constant violence has worn him down and made him something different. What elevates Vinland Saga is how the story chronicles that process and often contrasts it with our modern imagining of Viking culture. The bulging eyes and battered bodies are more than the sum of their shock value, they are an investment. A way for the story to continue past the despair and begin to contemplate one of the greatest questions of the time period: What makes a truly great warrior? 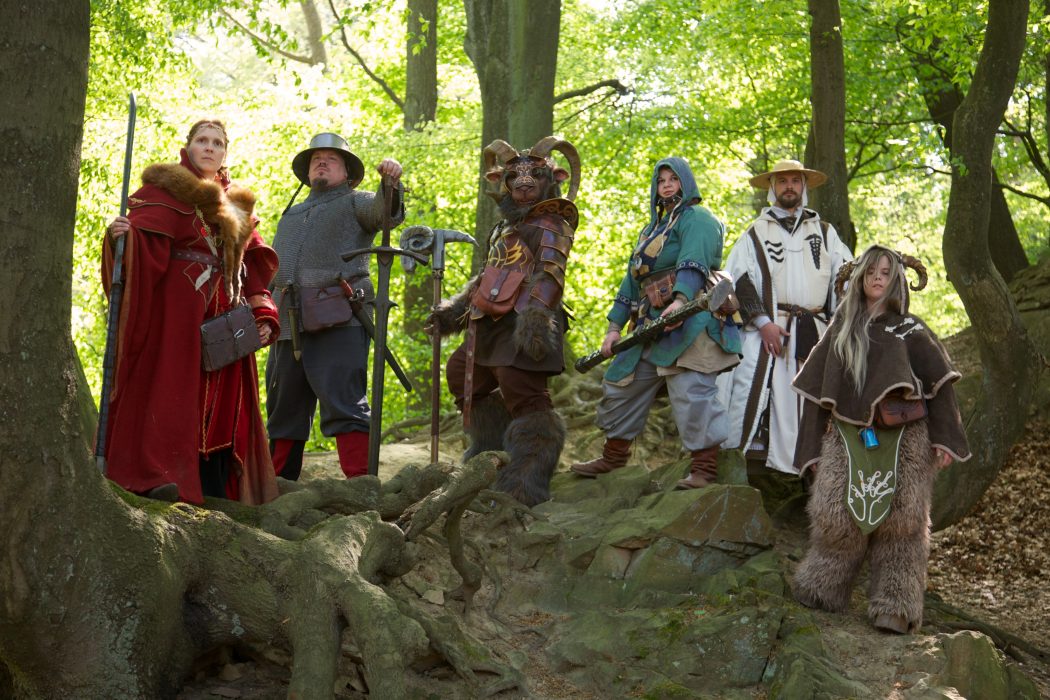 A Day in the Life of LARP