Everything from your childhood is coming back. From Jurassic Park to the fabled ’90s era of Nickelodeon cartoons, the answer for flagging viewership is sequels. And it’s not just Hollywood that seems to have caught the bug, the video game industry has followed suit. E3, TOG, all the major gaming conventions are ruled by the iron law of franchise games. Nathan Drake, Master Chief, the nameless soldiers of Call of Duty, all of these are the heroes of the last decade. These games represent an entire subset of gaming culture and community. If I am being honest here, I love sequels. I don’t think new equals better, or innovation means fun. The problem is most sequels don’t share that opinion and instead seek to revolutionize and reinvent. Not a bad thing on its own, when the test subject is all original and new, an experiment meant for change. The thing is, not everything is new and in need of evolution, sometimes all games need is a little iterative design.

This article is my love letter to popular franchise developers.  It’s a sincere plea from a lifelong gamer to stop the innovation. Instead of changing what has come before, why not highlight what made the games popular in the first place?

If my argument so far seems like the muddled musings of a madman, then let us look for an example. Bloodbourne is brother to the Souls franchise and the perfect starting place to talk about the benefits of static design. Bloodborne tells the story of a city overrun with plague and beasts. The design of Yharnam is heavily inspired by gothic art styles and Lovecraftian era England. Angels and demons carved from stone watch as your leather-clad character slices and dices his way through a world taken from an eldritch nightmare. Your enemies range from disfigured men dressed in top hats and vests to werewolves and oversized pigs eaten through by plague.

Bloodborne’s setting takes it far into the future compared to its sibling games, and the combat has changed with it. For the first time guns grace your character’s hips, the age of industry has descended, and much of the usual scenery has changed. Or at least it feels that way when read on a page; in game the alien scenery feels all too familiar.

The truth is, very little has changed in the Souls universe. Bloodborne‘s controls are fluid and the swordplay is tight and precise. The enemies through their modern guise move and fight with the same frenzied fervor as the previous FromSoftware games. Guns spit smoke and lead but ultimately serve the same purpose as a bow and arrow. Adventuring in Yharnam feels like welcoming home a friend who has gone away for a while and returned. The surface may be different in many ways but underneath the history remains unchanged. The world stands at the edge of insanity and despair and only your trusty saw hatchet and blunderbuss can carve out a path of victory.

For the sake of this article, let’s define innovation as the evolution of a concept or design. The complete transformation of an idea from what it was to something entirely new. The Souls games are my argument against this. Iterative design is a philosophy in making games where the entire goal is to refine and reinforce. Through repetition FromSoftware is able to build on an idea to make it better and more complete. The Souls franchise is not about creating new and innovative games. That was what the first game in the series, Demon’s Souls, did. The job of the sequels is to further perfect what has already come before. 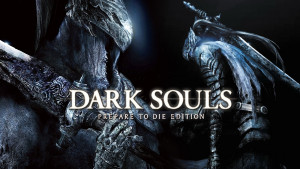 The heart of the Souls franchise rests in its harsh and punishing difficulty. Hard but fair gameplay is what drives every single mechanic and idea and story point. Bloodborne works to accomplish this by creating an entirely new weapon system and armory. Trick weapons are a new and defining feature in the game. The saw cleaver, threaded Cane, Mercy’s Blade, many of the main weapons in Bloodborne have two configurations. The saw cleaver has a compact form that folds around the fist and a unfolded form where the blade swings out and the weapon doubles in size. This unique method of fighting allows for a variety of design options in enemies and bosses. FromSoftware is able to approach their encounters with the knowledge that the player can utilize a smaller, faster weapon or a slow swinging bomb. Instead of the more straightforward sword and shield system seen in Dark Souls and Dark Souls II, Bloodborne plays with something more cerebral. The fusion of new weapons and the established combat systems creates an engaging way of interacting with the brutal difficulty of the game. 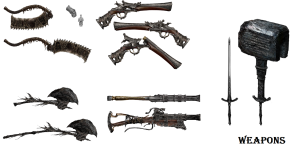 Bloodborne not only plays different. The art design and direction vary wildly from its predecessors. Its Poe-inspired art is completely unlike any of the Souls games’ medieval-inspired landscapes. The combat is faster, the enemies more aggressive, and yet the game is not innovative in any meaningful way, it just feels well thought out and polished. The gameplay still revolves around being punishing and hard. There is still no developer direction or handholding or rules and the world is as open to exploration as ever. Bosses move with a lethal grace that strikes fear into the bowels and if you want to beat the game you’re going to need to die, repeatedly. Thank the Sun for that. 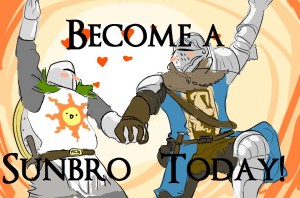 The result of FromSoftware’s loyalty to iterative design is a wildly successful and critically acclaimed masterpiece. Bloodborne has sold over two million copies and has become one of the best selling PS4 exclusives. But not all franchise games are so successful.

Take a moment and think back to one of the most popular games of the ’90s, Mario Party. If you guys and gals are anything like me you probably played the living shit out of the first couple games. The mini-games were simply genius and the interactive board game maps, divine. It was truly one of the cornerstone games of my childhood. And yet the franchise is, for all intents and purposes, dead. Mario Party was about competition and mini-games. It was about crushing your closest friends and claiming the title of button mashing champion. Whether Nintendo realized it or not, this was the game’s core selling feature. The franchise began to suffer around the 5th installment when the creators began to ignore what made the game engaging and stopped focusing on fair competition and began adding things for the lulz. I can distinctly remember my frustration over the gimmicky and glitchy microphone games where I had to talk into the controller. Over the course of its subsequent releases Mario Party went from being a household staple, to a innovative but unpredictable mess. The mini-game competition slowly died under the combined weight of unnecessary added features like motion control, microphones, and a whole slew of design choices aimed at changing the board game inspired map. Instead of refining that unique and wonderful experience they let the game “evolve.” Too bad no one taught them that sometimes evolution gives you a platypus.

FromSoftware’s Demon’s Souls introduced a new way of playing games. Instead of reinventing this idea or trying to make it evolve, they embraced it as a cornerstone and trademark. Static design is not about stifling creativity or ceasing to improve. It’s about polishing what was already there and making it better. Game sequels more than anything invite opportunity for improvement. They are a chance at improving the rough draft that was the first installment. Nothing is perfect the first time around. Whether we are talking about writing articles or making multi-million dollar games, there is never a level cap to improvement. There is always a word misspelled or a weapon that doesn’t shoot quite right. Instead of overlooking that fact, please for the love of the Sun, use sequels to make it better. 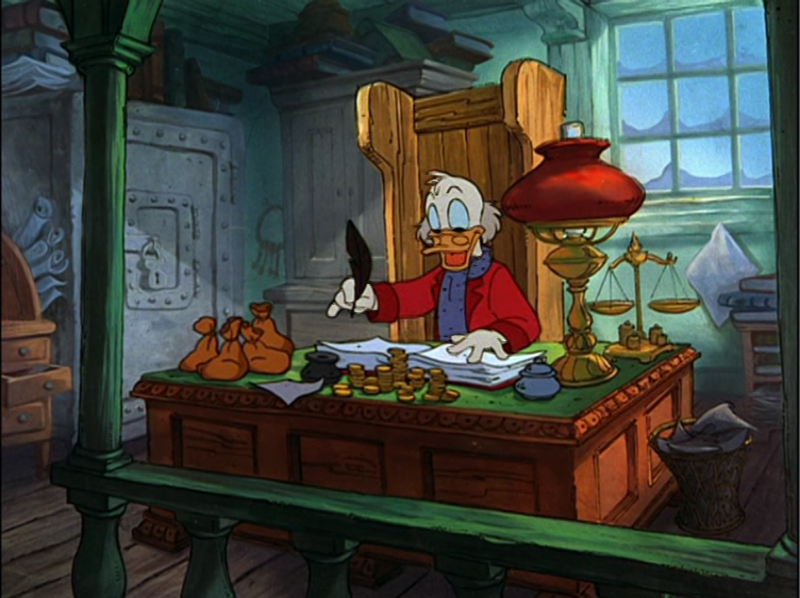 Letter From the Editor : The (Mis)Giving Season

December 1, 2015 Eric Carr Comments Off on Letter From the Editor : The (Mis)Giving Season

One thought on “The Static Sequel: Less Innovation and More Fun Please”