Fear and villainy are two sides of the same coin. They are what drive a story and its heroes. From a good villain comes fear and from fear comes conflict and evolving characters. In some ways that is the villain’s main function in a story. He is the force that pushes all of the other story elements towards change and evolution. They create the pressure that the heroes falter and persevere under while the audience waits with baited breath. This cycle creates suspense and uncertainty in the narrative and it’s that tension that puts the audience on the edge of their seat and invests them in the story.  And like Mr. H.P. Lovecraft so elegantly outlined above, the best way of creating that initial shot of fear is through the use of the unknown. The mysterious villain stands above its brothers, the sympathetic and ideological villains – not because of its elaborate characterization but because it manages to invoke not only fear but also the human imagination.

The Birth of a Nightmare 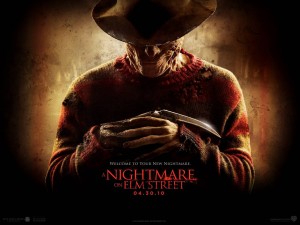 Written and directed by Wes Craven, A Nightmare on Elm Street features not only one of the world’s greatest villains, but also one of its most enigmatic. The film tells a story inspired by a series of real life murders that occurred in the city of Los Angeles. In each case the victim was found dead in their sleep after having been reported as experiencing nightmares. The cases sparked mass intrigue and imaginations ran wild giving birth to the monster that is Freddy Krueger. Freddy is a deranged and deformed killer whose method of attack involves a set of razor bladed claws and dreams. Most of the story is told from the viewpoint of a girl named Nancy and her small group of friends. Each of whom has been having nightmares about a badly scarred man in a green and red striped sweater. The embarrassment of these dreams keeps them from sharing them with each other. That is until a girl in their group, Tina Grey, is brutally slashed to her death in her sleep. As they start to piece the mystery together Freddy’s attacks come more frequently and with increased violence and ferocity. By the end of the film everyone is dead and Nancy’s fate is left mostly to the imagination.

Freddy is not sympathetic, identifiable, or in any way relatable. He is a monster whose origins include pedophilia and murder. His method of attack is never truly explained nor is his ability to live on in people’s dreams and nightmares. Even the film itself is an unreliable source of information as Wes Craven plays with the lines between reality and the dreamscape. All in all there is very little detail given to the audience to work with. And yet A Nightmare on Elm Street has gone down as one of the greatest horror films ever created. Despite his poorly developed character Freddy and his method of terror have connected with people on a more basic, visceral level. The mystery surrounding his abilities has so thoroughly captured the audience’s imagination that they do not need to connect or relate with the character. Just has Freddy hunts across the dreamscape we the audience have nightmares about a world where he exists. In this way the terror Nancy and her friends face as they struggle to survive is effortlessly transferred from the screen to us, a transfer that invests us in the story and its outcome. By the end of the movie Nancy is no longer struggling against evil just for herself and friends, she has become the people’s champion . We too need to see Freddy and his power undone. Which is exactly why Freddy, despite his one dimensional characterization, has become one of culture’s most iconic villains.

The Light of a New Dawn 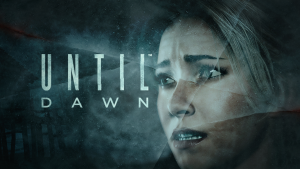 Until Dawn is PS4 game developed and produced by Supermassive games. At its core it features a unique butterfly effect mechanic that essentially tracks player decisions and alters the game’s course depending on their outcome. The story itself revolves around a group of young adults who are gathering together for a long awaited reunion in the mountains. A year earlier this same gathering encountered tragedy when a prank backfired and resulted in the accidental death of two of the party’s number. Now, on the anniversary of their death they are returning to the mountain as an act of remembering. The hook is that they are not only people on the mountaintop, and their friend’s untimely death isn’t nearly as simple as it seemed. At its heart Until Dawn is an homage to old school slasher flicks. With the added flair of having branching narrative paths and endings, and your choices determine who lives and dies. The villain of the story is shrouded heavily in mystery. Instead of playing an active role they function more as a force than a character. Their presence acting as a catalyst for change in the characters you control.

In this way Until Dawn is a lot like a pipe-bomb-strapped puzzle. Hanging just outside the frame is a ruthless killer who, as far as the player knows, is hunting all the members of their party. The key to avoiding that destiny is to unravel the many clues littered throughout the snow-capped getaway. The thing is that instead of seeming hollow or empty because of a lack of character or screen time the villain actually works surprisingly well. As it turns out, nighttime on a snowy mountain is already scary as hell; a deranged and mysterious murder only serves to heighten that growing sense of fear.

There is not a quiet moment in the entire fucking game. Every sound pushes your butt closer to the edge of your seat and each dialogue choice feels like a hundred pounds resting on your chest. This is the type of feeling that this achieved through a well-constructed mystery. Motivated by a thirst for the truth, the player must peel back every layer of the puzzle. They have to search every dark, unlit room and corridor, while in the meantime imagination fills in all the terrifying possibilities. Until Dawn does not even go out of its way to establish itself as fiction or fantasy. The game gives the player’s imagination the room to run wild with its mystery killer’s identity and motive. What results isn’t some shallow storytelling experience but rather a suspenseful, taut, thrill ride that is filled with heroes you care about and a terrifying adversary. The villain is once again not required or needed as a character but rather appreciated as a mobilizing force. 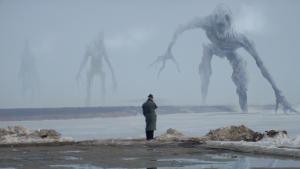 There is perhaps no better example of the mysterious villain than in H.P. Lovecraft’s short fiction. Lovecraft was a pioneer of dark cthulian fantasy. Of villains whose forms and powers far transcend the confines of description by words or images. The entire point of his stories was to explore the sublime and this exploration resulted in some of literature’s most terrifying villains. A great many of his creatures are not human or even terrestrial in nature. They are only defined in the most abstract of words and their origins are shrouded in mystery. Much of Lovecraft’s brilliance rests in his unwavering obsession with the sublime. An unending quest to create villains and monsters that invoke feelings far deeper than mild dread or curiosity. He sought something more abstract, an overwhelming sense of horror that sits hand and hand with concepts like space and time.

In what can be considered one of his best works, a novella by the name of At The Mountains Of Madness, Lovecraft tells a story about an ancient Antarctic city. The story is told through the eyes of a geologist named William Dyer who is recounting the tale of an expedition he and his colleagues took through the wild Antarctic wilderness. After crossing a mountain range that far exceeds the height of the Himalayas, Dyer and his party come upon the remains of fourteen prehistoric life forms. This sets in motion a series of events that culminate in the discovery of a race of beings named The Elder Things. These are an ancient primordial race that for a period of time lived on the surface of the Earth before being forced to migrate to a distant subterranean ocean. A journey that they have only recently reversed as they have returned to the surface to reclaim the ruins of their city. 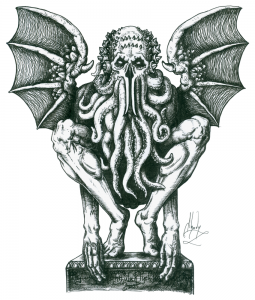 The driving force in most of Lovecraft’s stories is the human imagination and its paralyzing fear of the unknown and unexplainable. In At The Mountains Of Madness the mystery involves exploration, discovery, and danger. All of which is written is such a way as to allow for the reader to fill in the blanks. Everyone of you have at some point been on a hike or walk and felt that thrill of discovery; the agitated fear and excitement that stems from blazing a trail or finding someplace new. Lovecraft ingeniously injects his villains into that connection. The primordial Elder Things are far more than a faceless race of monsters. Their mystery directly touches on the reader’s real life anxieties and fears. Lovecraft doesn’t have to tell us what they are or where they come from. In fact, the inclusion of that very information would result in the destruction of the story’s accumulated tension. By potentially revealing The Elder Things as a relatable existence Lovecraft would be destroying that carefully built connection. While they do not function as dynamic, well-rounded characters they work as villains because of their ability to perfectly capture our imagination and fear.

The simple fact is that not all villains need to be interesting or dynamic characters. You do not have to identify or relate for them to carry out their role. The mysterious villain works not because of how well his personally is written but because of how well his role and function are laid out. Freddy Krueger is one of the most terrifying villains ever created and  yet, at the very same time, he could not be more one dimensional or flat. But, his purpose in the film was never to be well rounded or dynamic but rather a disquieting personification of pure evil. His fame was built upon the strength of his power as a haunting villain whose mystery’s defy imagination. It was his position, firmly rooted in the realm of the unknown that allowed him to inspire such memorable fear and conflict. And that is what villains boil down to when you begin to deconstruct them. They are a means for the story to transmit and disseminate conflict and fear throughout the story. Which is what the mysterious villain is best suited for.

Renegades of Fun: How Games Make You Feel So Good to Be Bad

March 2, 2016 Eric Seal Comments Off on Renegades of Fun: How Games Make You Feel So Good to Be Bad 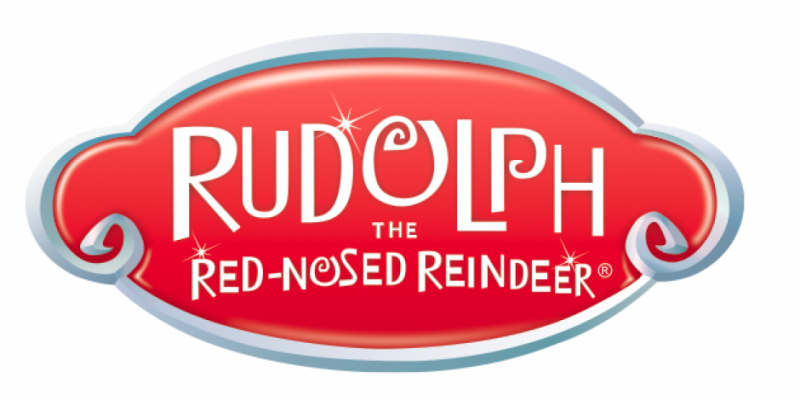 December 21, 2015 Eric Carr Comments Off on The Takedown : Rudolph The Red Nosed Reindeer 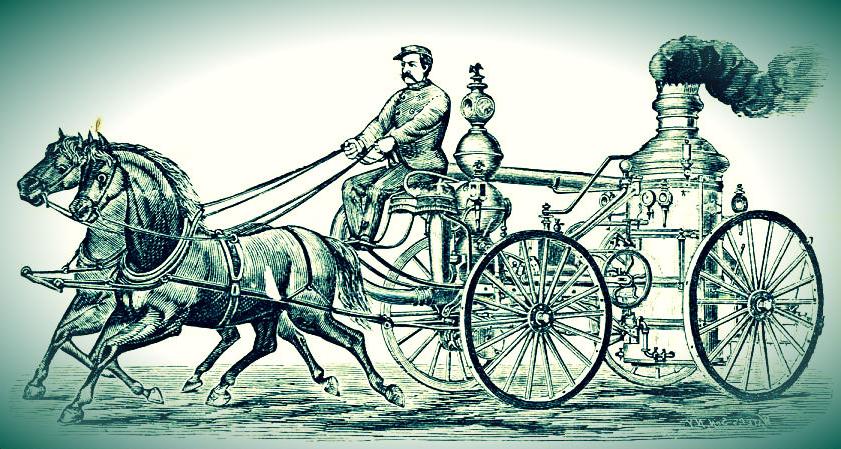