Almost as a rule, we love to define things in the strictest diametrically opposed terms. Black and White, Fire and Ice, The Road Less Traveled and the I-5 on a Monday. There’s something comforting about thinking of things in the dialectic, in terms of their opposite. In comics this is especially true. The reason for that is that we like seeing our heroes go against an equal and opposite force. It’s like Newton’s 3rd, except with more word bubbles. That also means that the villains who have become iconic are the ones that hold a twisted mirror up to their do-gooder foes.

One of the best books to work this concept to perfection is Detective Comics, or as everybody just seems to remember it: Batman. Oh yes dear readers, with a couple of exceptions the villains that do battle with the Bat are some of the best that there are. The reason is because each represents some aspect of Bruce Wayne that either illustrates a core conflict within his character, or challenges him at his level. So let’s hop in the Batmobile and take a look at what makes the Rogue’s Gallery so good at being bad. 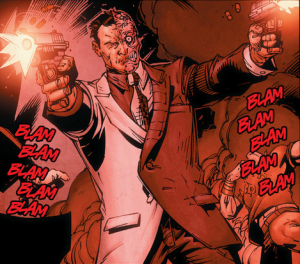 Let’s start the hit parade with Harvey Dent AKA Two-Face. The man with the coin gets a bad rap for being, well, kinda stupid. He’s been horribly burned, but just on the one side of his face, and he has this whole thing where he uses his coin to make his decisions for him. Aside from important questions like, “how does he order a pizza using the coin? Is that like, a lot of flips? Is there some kind of flowchart?” Two-Face represents Batman’s duality. You see, different stories that have explored the nature of Dent ask the basic question of which side of Two-Face is the real personality, and which is the mask. Asking whether or not he is a disfigured monster who occasionally reins it in, or a decent guy with violent tendencies becomes Dent’s defining characteristic.

What makes him such a great villain is that’s the exact question you could ask about Bruce Wayne. He is both a billionaire playboy and a violent vigilante. The question to ask is which one of those personas is the real him? Is he really Bruce Wayne who puts on a suit to fight crime? Because the alternative is that there is nothing left of him but the Batman? The very idea that “Bruce” is the fiction would imply that Batman is well and fully unhinged.

With that in mind, consider this exchange from Batman Beyond:

Terry McGinnis: I hope your other reason is more convincing.

Bruce Wayne: The voice kept calling me “Bruce.” In my mind, that’s not what I call myself. 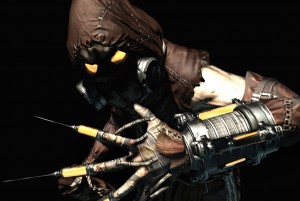 Dr. Jonathan Crane, is a creep that wears a mask, builds gadgets in his spare time and is probably clinically cracked. So he already has a bunch of similarities with Batman. But it’s his modus operandi that really casts him as a double of the Bat. Scarecrow’s weapon of choice is fear. While it’s odd to think about when you consider the batarangs, and kung fu grip and all those wonderful toys, it’s the fear that Batman inspires that is his true weapon as well.

The difference, and what makes Crane a dark mirror, is that he represents an aspect of Batman turned all the way to 11. The Scarecrow relishes creating terror in his enemies. For his part, Batman recognizes that fear is just another tool to be used in his arsenal, and it’s easy to get that impression based on that thing he wears. But what makes him a hero is that Batman has restraint and takes no pleasure in hurting his enemies (usually). He could probably create the same level of horror in his enemies, but leaving criminals invalid through shock and terror violates his personal code of ethics. The Scarecrow is what could happen if Batman goes too far and begins to enjoy doing what he does to people. He is a twisted reminder that genius and obsession can lead to some terrible outcomes. 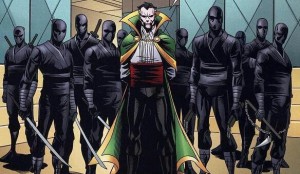 Ra’s is a dark and mysterious man, trained in the ways of martial arts, surrounded by warriors that consider him family and whose legacy seems all but immortal. He’s basically a 600 year old Batman with (slightly) fewer mental issues. Mr. Al Ghul is one of my favorites because he is one of the few that can match Bruce on multiple levels. What makes him a fascinating addition to the Gallery is that he represents the dark side of the extended Bat Family. 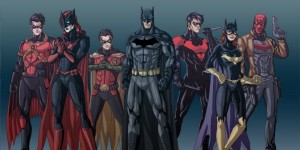 Starting way back with Robin, Batman has slowly collected a bunch of similarly themed misfits, and each seems willing to die for him. Ra’s has the same sort of thing with his League of Assassins. In effect, it points out that the fundamentals of Batman’s extended crime fighting crew is flawed at best and psychotic at worst. Made up of former criminals, orphans and people pulled into Batman’s orbit by their situation. Each of them is made to believe that they are working to make the world a better place. Ra’s Al Ghul disrupts that entire line of thinking. Instead he does what he believes is right, no matter the costs to those around him. The question Al Ghul poses is simply, at what point will Batman sacrifice his team for what he sees as the greater good? 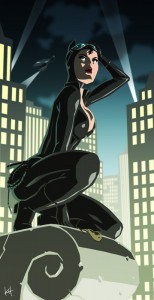 Or if you’d prefer – Selena Kyle, is one of the great villains of the Batman mythos. An eminently capable thief and top class femme fatale, she sees the city as Bruce does. Catwoman is a great character, but what she brings to the table is the allure of doing the wrong thing. What makes her a great foil is that she is willing to use her razor sharp abilities for her own gain, and at the same time offers that alternative to Batman.

For much of her existence, Selena and the Bat have shared a level of sexual tension. While it would be easy to see that and just say, “Well, duh. That’s what happens to female characters in comics,” you’re missing the point. Her continued seduction of Batman is a metaphor. It’s not just a collection of cat themed carnal delights, but an entire way of life. Doing what she wants and holding her freedom above all else, Catwoman represents all of the freedom that Batman doesn’t have. In this she is a threat because maybe, just maybe, Bruce Wayne will decide to take her up on her offer and his whole project will just fall apart.

The only issue is that as her character developed she’s moved more towards being a hero, which reduces that dichotomy in the equation. So instead of Bruce choosing to give up his quest for love and use his abilities for less noble means, he gets to have his cat cake and eat it too. 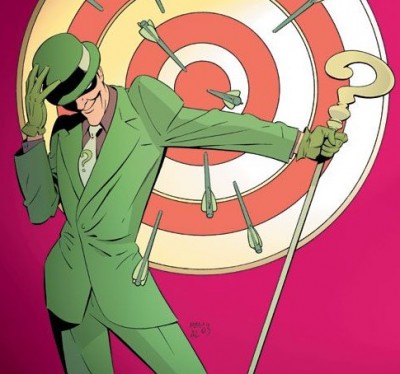 Initially written as a ponce that had a thing for question mark doo-dads, the Riddler has slowly become one of Batman’s most interesting foes. The change that turned him from green clad goon into a supervillain is once writers realized what it was that made Edward Nygma here so fun. His genius is such that he once figured out what Batman’s secret identity is.

The thing is that he commits crimes because he wants them to be figured out. This in turn leads him to craft mysteries for the “World’s Greatest Detective” where the who is a known, emerald quantity, but the how, where, why and when are all hidden and unknown. What I find interesting is that implies that he could commit crimes and leave no clues whatsoever. After all, if the only clues that he leaves are left on purpose, then it stands to reason that he could leave nothing at all. In other words, the Riddler could be the world’s best criminal if he didn’t enjoy creating the riddles that he does. In effect, that makes Edward an equal to Bruce in terms of intelligence. The main difference is that Batman uses his intelligence to try to help the city, while Nygma uses his to glorify his own ego.

Oh come on now, you didn’t think we’d forget to mention the Clown Prince of Crime did you? Since debuting in 1940, the Joker has become the de facto nemesis of Batman. He has no origin story that hasn’t been retconned, is completely insane and seems to delight in being a psychopath. In manners, dress and worldview he is the antithesis of Batman in every way.

What has made him last is that he is chaos incarnate. The Joker’s schemes involve destroying the status quo. Committing mayhem and murder for its own sake and a good laugh. The joke it seems, is that any of what we hold dear can be taken away by a madman in a purple suit, and all too often the joke is on us. Alfred was right when he said that, “Some people just want to watch the world burn.”

If the Joker is chaos that means that Batman is the representative of order. He is the one that sets out at night to keep the world together for just one more day. In the world of Batman, it is natural for things to decay. The city of Gotham is always portrayed as falling ever further into a state of equal parts disrepair and despair. So much so that the combined efforts of the Bat Family and the financial resources of Wayne Enterprises can do nothing but slow that decline for a little while. In the end, chaos and entropy will win out over order in the universe. The Joker is Gotham’s way of laughing in Batman’s face for thinking that any of it matters. And sometimes entropy cracks a grin, laughs, and beats Robin to death.

As we’ve seen, a good villain often exists as a counterpart to their heroes. Arching well is almost like being in a good relationship since you need to have something in common. While we looked at some of the members of the Batman Rogue’s Gallery, these sorts of similarities are common across any media, from books, to myths to movies. So keep on the lookout and maybe, through their villains, you can discover something new about your favorite characters. 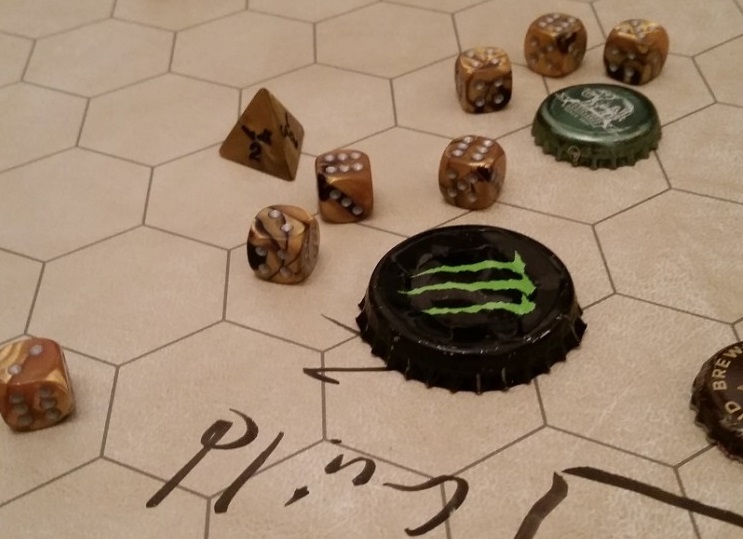 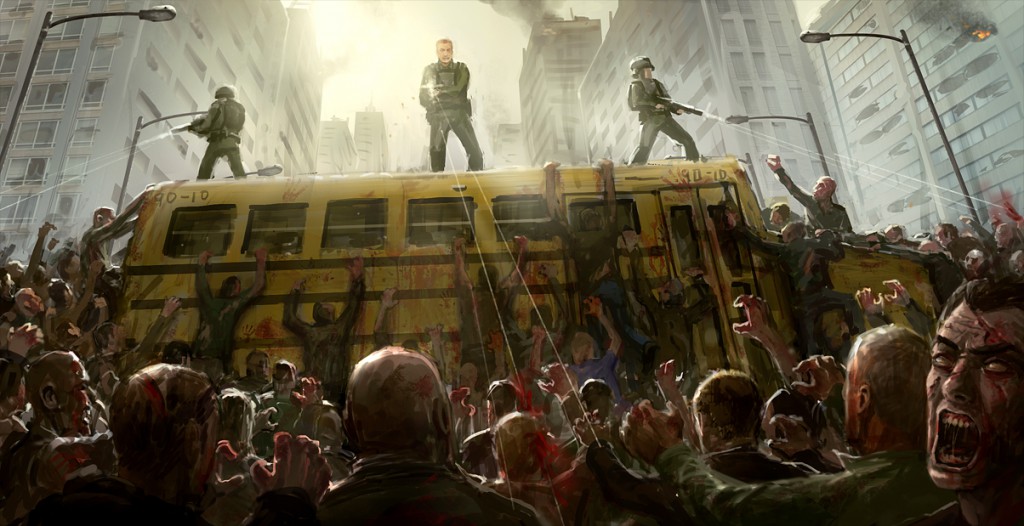