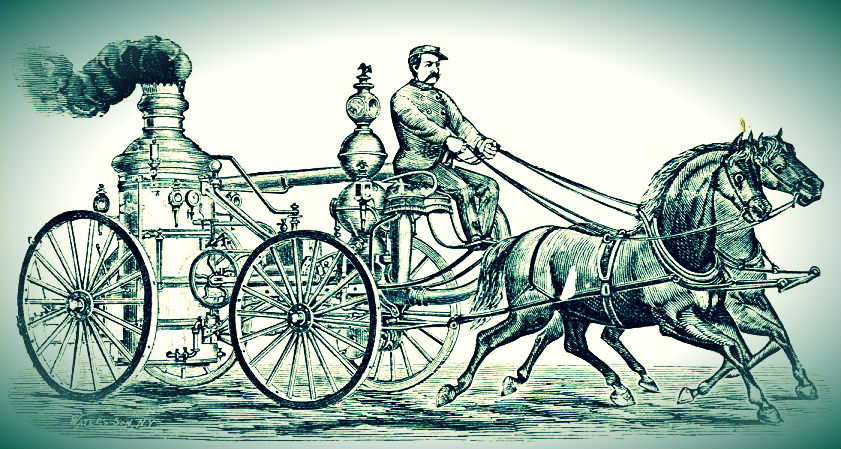 Last week you learned how to write a short story using Wikipedia, and you saw how I drew up a concept from one of those articles. Now here is the first draft of the story, using idea I ran with. Additionally, my fellow editors have graciously added edits and notes to it, which I’ve posted on the next page for your benefit.

Together, these drafts gives you a look at one way you can approach the writing and editing process, and I hope you find it interesting and/or useful.

Nirei leaned forward in the saddle, the wind whooshing past her ears. Ember’s hooves thundered against the trail that wound along the bank of the Hull River. The spring rainstorms had finally passed; a slippery riverside trail was no place for a proper escape route, but this one would have to do. Nirei hissed and tugged at Ember’s reins as they weaved around a handsome couple strolling beneath a white lace parasol, shifting in the saddle to accommodate the turn.

The weight in her saddle bag slapped against her leg. A pistol, French-made; she hadn’t bothered to learn what it was before she stole it from Bieram’s locker. All she knew is she had seen it rupture the skull of a crazed mare from ten yards away. The beast had been three-quarters of the way through the machining process when its handler had lost her nerve. Nirei couldn’t blame her; the weight in the saddlebag attested to that. Better Ember die as he was than become the result of the Academy’s finest work.

Nirei had seen it several times before, and each time had imagined her own dearest Ember whinnying in terror as she had strung the caustic cables through his still-beating heart. Each had been a dreadful beginning to the summer break, but this year was going to be the worst of all.

The horses’ mating season had arrived, meaning their bodies had reached optimal time for transformation. Nirei had spent considerable time with Bieram — Supervisor Bieram, now — last semester, which had allowed Ember to skip the process for another year. But Nirei had ruined that too, and now she had run out of time.

She turned Ember north, and the wind screamed in her ears.

When the horses changed, they changed for good. There was no returning from that process, that synthesis of flesh and chrome. Healthy red blood and strong sinew became diluted with oil, pumping hot through polished vein-tubes, spilling through newly opened cavities. Eye sockets converted into headlamps, ribs swung open to become hatch doors. When the process had run its course, the horses barely resembled their former noble selves.

You see, when Man asked the horses to help us see what lay beyond the valleys, hills, and rivers of the world, the horses had obliged. They bared their backs to buckle and belt, and frothed at the mouth under rider, whip, and carriage for hundreds of years. Their subservience was forgotten as a charitable act for the lesser species of Man and became falsely remembered as their God-given nature. And now, when the ambitions of Man have grown too large to sustain the sacrifice the horses made for their freedom, we again asked… and again, the horses obliged. Now it was their bodies that changed to take us to new eras of greatness.

A familiar hill rose up before them. She slowed Ember to a trot, hopped off as they drew up to a weathered stable overlooking the Hull. The stable’s roof was caving in, but there was a trough with fresh rainwater outside. Ember began to drink, and Nirei took the pistol from her saddlebag. She checked the chamber like she’d seen Bieram do, clicked it back into place. She took a deep breath, took one last look at Ember slurping at the water in the trough and-

A shadow moved from within the stable. Nirei raised the gun.

“Whoa, easy there!” Bieram stepped from the shadows, palms held before him.

Nirei held the gun up for longer than she probably should have, then lowered it. “Are you here about the horse, or for me?”

“Are those the only two options?” Bieram took a step forward, and Nirei considered shooting him again. “Stealing school property is a capital offense,” he said.

Another step. “Why aren’t they here now, you’re wondering? Why is it just old Bieram again? Why can’t you get him out of your life?”

All good questions. Nirei felt her finger itch against the trigger of the pistol. “Is this really the best time? I have business to take care of.”

“I’ve heard that one before,” Bieram said. “But you aren’t getting out of this one. The Academy isn’t just going to let you — or Ember — slide for another semester. My hands are tied.”

“You talk like you had everything to do with that,” Nirei said.

“What are you trying to do, Bieram? Talk me out of what I need to do?”

“I know what you never could do, and that’s let your horse change. I’m not going to spout the same Academy indoctrinations at you, you’re too smart for that. But that horse is going to change whether you like it or not. So what do I think you’re doing?” He stopped. “I think you’re running away. I know you think the only thing you can do is to keep running away from it.”

Then you never knew me at all. Before she could think better of it, Nirei raised the gun, aimed it at Ember, and fired.

The bullet bit hard into Ember’s skull. Nirei imagined she heard the crack of the bullet puncturing the thick plate between the eyes, as it drilled into the flesh and pierced the intelligent brain beneath. Ember’s body was strong, Nirei knew that, yet she could not believe even a creature as strong as her Ember could remain standing, let alone strain. But she felt him pulling the reins, frightened by the noise. What-

“He’s molting,” Bieram said. Nireo barely heard him. “The process has begun whether you’re ready for it or not. That’s evolution, Nirei. You and the other handlers merely help it along.”

Her instincts had taken over. She had drawn Ember’s head closer with the reins, avoiding his kicking front hooves, trying to soothe him. Minutes passed — hours, for all Nirei knew; she was focused on calming her dearest friend in the world. How she thought she could live without him…

Bieram looked like he was swallowing something distasteful. Nirei had seen the look before, on one of the nights she’d waited for him after lectures. It was not a pretty sight, but he was not a pretty man. Still, it was a look that she knew, a look that didn’t need explaining.

Nirei closed the remaining distance between them and handed him his pistol, handle-first. She turned, gathered her saddlebag, and went back to Ember who had been watching with eyes wide. Nirei mounted Ember, stroked his forehead, feeling the dent the bullet had made in his skull. His skin had parted from the impact like a cigarette burn on new upholstery.

Without looking back, Nirei and Ember descended the hill, away from the trail and toward the woods that lined the Hull. She couldn’t kill Ember, not with the means she thought she could have. But leaving him in some scrap heap wasn’t a fate for him either. No, she decided, his was a fate best left discovered, and to do that they would have to go far away from Kingston Upon Hull.

When the horses changed, they changed for good — yes, Nirei knew that. But perhaps she could change with them. At the very least, she had to try.

You’ve read the first draft, now read the edits on the next page and see what the other NitWitty writers thought…