>Got a minute to talk?

The light of his screen died before an answer blinked back.

<What do you want Mike?

<What makes you think that I want to talk to you right now?

Alie’s answer buzzed onto Mike’s phone, over a website where he looked for flowers in the discount page.

There was no answer for several long minutes, and then Mike called her on the phone. It rang twice and then went to voicemail. He didn’t leave a message.

<Why don’t you go call whatever her name is?

>Because I dont want to talk to her.

Alie pulled up a search for attorneys in her area, and scowled when none of the pages had prices listed.

>i wanna talk to you about what happened.

>no we’re not. Is that what you call this?

<Look, I don’t know what you’re doing now Mike, but it’s late and I don’t really have the time for this.

>i wanna make the time.

He stared at the screen for a long time, trying to decide if he should add an emoji to the text.

<So apologize Mike. Just admit you did something fucked up and I’ll think about working on it.

<Then we don’t have anything to talk about.

Alie continued to look up lawyers, focusing now on what was involved in scoring a restraining order. Then the phone buzzed in her hand again.

>i didn’t sleep with her

She looked the message until the screen faded, but the echo of the message hung in front of her eyes.

<Tell me the truth.

I felt like there wasn’t a big enough reaction the entire “i didn’t sleep with her” thing. Alie and Mike are pretty friken calm. I expected more a lot more shit talking and anger.

Yeah, I can see where Jordan is coming from. I implied this was an argument they’ve had before, but I in no way flag that. So I’ll figure out a better reaction.

>Me and Kim, we hung out a few times

>after a few times hanging out, we got drunk and fooled around.

>but that was all

>we didn’t hook up Alie

<You would have if I didn’t catch you.

<If you loved me you wouldn’t have been screwing around on me.

Mike stared at his phone in shock.

Honestly I kind of like removing these other bits, that way your story is focusing on what it is already doing best, which is texting.

>if you had loved me you didn’t show it

<Oh, so now it’s my fault that you started seeing somebody behind my back Mike? You’re un-fucking believable.

<Please, do tell. This should be funny.

>I’m trying to save our marriage and I can only talk to you through a text.

<I was always there.

<You can’t blame me for this. Instead of talking to me, you went behind my back.

<You were the one who went on these dates and probably talked about how your wife is some kind of super bitch.

>No we just talked.

<If you can’t tell me about what you talked about, how can I trust you.

>No. I mean we talked about nothing.

>we come home and sit around watching tv

<Stop trying to justify yourself Mike. You’re just going to piss me off even more.

Finally, Alie had found was she was looking for and was halfway through dialing the number when another text popped up.

These prose sections that describe them looking stuff up on the internet aren’t really adding important information for me.

<If you hadn’t cheated on me, you wouldn’t be.

>i was lonely before

>i missed you even when you were around Alie

<We spent time together Mike. Trips, nights, weekends, all of it.

>Being there isn’t the same thing as being present.

<we’ll figure it out for you. okay?

I had this section since I was thinking about doing more with playing with the idea of texting multiple people. The fact that while Mike is texting Alie, he’s also texting the other girl, struck me as a character thing. Although now this seems out of place since I never developed it. I’ll lose this in the next draft.

<I can’t trust you anymore Mike. Instead of just talking to me about how you were feeling you went and found somebody else.

<For a relationship to work, both people need to want it.

<I’ve invested 5 years into this thing, and when you do something like this, I just can’t.

>its not about putting in time and having a relationship work

>we hardly even talk anymore.

>you wanna know what the secret is?

>Kim just wanted to spend time with me

>She dreams big ideas with me

>But it’s not Alie. It’s not enough because there are 2 people in it

<That’s bullshit. If this was all so important, then why didn’t you talk to me about it?

>Or on business trips?

>Or the other million things that are more important?

Alie wiped the angry tears from her eyes, while the screen cast blue light through the room.

<Mike, I need you to listen to me.

<I’m sorry if I wasn’t very good at being a wife.

<Maybe if I had known this before, if we had found a way to talk about this before.

<If I had made some time, we could’ve fixed it.

<But instead of giving me a chance, you went to someone else.

<…and then I found you together.

<What you’re asking for is going to be a lot of work.

<Some part of me will always love you.

<But I can never trust you again.

<So I can’t trust that all of that work will amount to anything.

<I don’t want to be with you anymore.

Mike watched as the screen went dark, and put the phone away.

So the dialogue here is very good — no surprise there. It reads naturally, and I can pick out the distinct voices for both Alie and Mike. Those prose sections don’t show things about their character that we don’t already get through dialogue; it’s reinforcing something that is strong enough already. So I think you can either cut them entirely or make their actions in opposition to what they’re saying (if you wanted to add a bit more of a twist to this).
Other than that, I think this story is pretty straightforward and effective. I’m a little disappointed there wasn’t some big resolution (Alie never went through with the restraining order), but maybe it doesn’t need it? As for Mike edits, I’d just go through every message with him and decide if you want consistent capitalization or not. Autocorrect is a thing, but maybe not in your story.

I know that you said that writing this felt almost impossible but honestly, you did a great job. (I tend to be wordy, both in prose and for the site and this assignment is supposed to be around 1000 words) I really dig the text message format and, as eric said, the dialogue is really good. The back and forth has a really good flow to it which really grounded your characters in reality. Like I said in my text last night, I have had conversations like this before and you do a great job capturing the feeling.

As far as criticisms go I agree with many of the things Mr. Seal said above. The prose isn’t really doing it for me. I think Seal nailed it when he said that bit about how it is reinforcing what we already know. I would recommend either rewriting them in an attempt to make them more character driven or remove them entirely. Other than that I had a small comment written down about the latter half of the story. I felt like there wasn’t a big enough reaction the entire “i didn’t sleep with her” thing. While I have never personally experienced that particular argument first hand, I have been around friends who have and man, Alie and Mike are pretty friken calm. I expected more a lot more shit talking and anger. Cheating is numero uno on the Relationship Shit List and I felt like it was a little unbelievable that the characters were able to hold this very reasonable conversation despite the circumstances. I think if you had them slowly ramp up a bit more and drop the “ I didn’t sleep with her” line a bit lower it might jive better but I dunno, that is just me.
Other than those two things I think this is a really cool piece. Very polished for a first draft, I wonder if that has anything to do with it going up on the site haha.

So nobody likes the prose sections. That’s good to know. I was trying to figure out a way to control the pace of the dialog. Since dialog reads so quickly it’s really hard to creating dynamic pacing. I don’t even have the old chestnut of “she said” to create a pause. Since both of my editors called me out on it, I think they’re going to have to go, and I’ll need to invent another way to do what I want.

That should also open up my word count and let me focus more on the argument. I don’t need to do a lot of fancy things (other than the weird format) to push the drama. Finding the balance between character development and not letting the whole thing get overtly melodramatic should be the goal now. 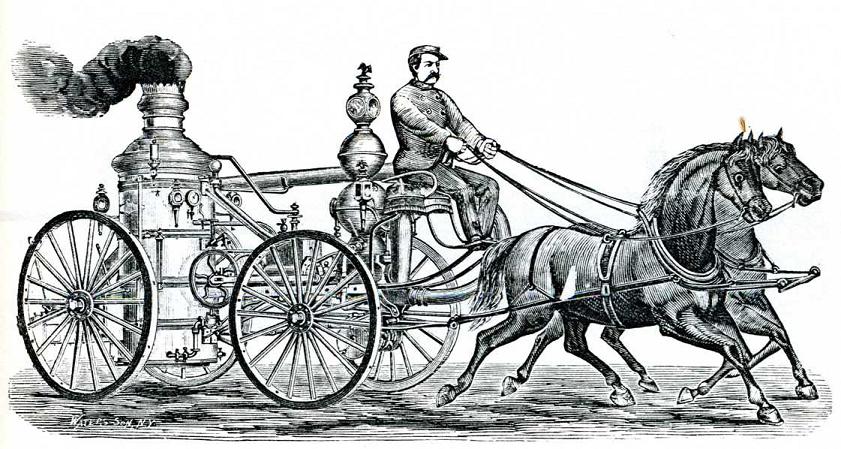 Magic from the Mundane: How to Write a Short Story from the Most Ordinary Sources

May 4, 2016 Eric Seal Comments Off on Magic from the Mundane: How to Write a Short Story from the Most Ordinary Sources