The best books on writing are chock-full of ways to improve your craft. You can study up on just about anything — from structuring a story to creating interesting characters. But as helpful as these books are, they do a whole lot of “telling” and very little “showing.” They’re a good start, and the lessons and exercises they provide are good, but seeing how an entire work comes to fruition, from concept to execution, is a rare thing. Rarer still to get it from writers who do this for a living.

We’ve tried our own hand at shedding light on the writing process, but if you’d like to see how the pros do it — like, New York Times Bestselling pros — look no further than Shadows Beneath: The Writing Excuses Anthology.

Writing Excuses, if you haven’t heard of it before, is an amazing podcast aimed at helping writers. It’s hosted by Brandon Sanderson (Mistborn, The Stormlight Archives, The Wheel of Time); Mary Robinette Kowal (The Glamourist Histories); Dan Wells (I Am Not a Serial Killer, Partials); and Howard Tayler (Schlock Mercenary), who all contributed short stories specifically for this anthology. But unlike other short story anthologies, Shadows Beneath also includes the authors’ first drafts of the stories, as well as other resources detailing how their stories came to be.

Rather than talk about the stories themselves, which I think are worth reading on their own, I want to focus on reviewing this book as a writing resource, how helpful it is in helping you on your writer’s journey. Unlike other books on writing, Shadows Beneath is a pure “showing” effort; it abandons traditional instruction in favor of offering concrete examples of the craft.

Ugly-Yet-Necessary Disclaimer: I or anyone else at NitWitty was not paid by the members of Writing Excuses to give this review. My opinions are purely my own. Please read responsibly.

Okay, I lied — I do need to talk a little about the stories themselves, as you can learn something from these as well. I’ll be brief, I promise.

“A Fire in the Heavens”

Mary Robinette Kowal’s story is about a group of sailors who sail over the horizon and see the moon for the first time, as well as discover a culture they thought existed only in legend. Kowal’s prose is top-notch, and the way she weaves character and setting details through her viewpoint characters is something worth studying.

Dan Wells’s piece tells of an army convoy sent into hostile territory to test a new explosives nullifying technology, only to find their “technology” is really a gremlin. Wells is great at blending the mundane and the familiar — in this case, adding a supernatural twist on the military fiction genre — proving that great ideas are only a combination away.

Howard Tayler’s story tells the confrontation between the security team for a miracle drug company and what they believe to be Death. Tayler deftly explains out-there yet scientifically viable concepts and makes them uncommonly cool at the same time, which when put on display in this story is a treat.

“Sixth of the Dusk”

Brandon Sanderson’s story about a trapper, his psychic birds, and a threat to his island civilization is epic fantasy condensed, with emphasis on the “epic.” Sanderson’s setting is a creative feast for the fantastical, and (no surprise here) he has crafted a magic system that fits seamlessly with his unique setting.

In any other anthology, these stories would be welcome additions. But you’d read them and move onto the next; such is the nature of working your way through stacks of stories. Yet these stories want you to spend a little more time with them, and you’ll do so starting with how they came to be in the first place.

“How do writers come up with their ideas?” is a question all writers have asked at some point, and it’s one Shadows Beneath has set out to answer. Partially, at least. The anthology includes transcripts of the podcast episodes where the authors brainstormed the ideas for their stories. I recommend you listen to them as well, but either way you get to see how the ideas came to life in different ways. Each process varies depending on what the authors wanted out of their story, or how much thought they’d put into their ideas beforehand. For example, Kowal came to the group with several story concepts and chose the one that sounded the most interesting, while Wells knew he wanted to write something in the military genre but had few further details.

These brainstorms are useful, as you can see several different ways of approaching the same goal, which is to write a compelling short story, but seeing the different means to get there. You might get some ideas to add to your own brainstorming process, but at the very least it is an interesting step to see.

Shadows Beneath includes all the first drafts of the stories — that’s right. Professional authors have put up the raw, flawed versions of their stories for all to see. What is usually a sacred, secret process is put on display. Some have incomplete sentences, others have extra words — some are missing entire plot points. You might not find these as useful to study as their final, obviously better versions, nor as interesting as the brainstorm sessions. However, their inclusion represents an important stage of the creative process.

You might find it helpful to flip back and forth between the draft and the final story, but you’ll get the most from it if you just read the edits, which is covered next. Still, you just don’t get this kind of transparency. If anything, it’s useful to see the authors’ first efforts, whether they were complete or not, because it shows you that to write a great short story, you first have to start out writing something.

For as sacred as the brainstorming process is, I think revision is even more so. Shadows Beneath exposes the arduous steps taken to improve the piece in the workshop sections for Sanderson’s, Tayler’s, and Kowal’s stories. Like the brainstorm sessions, the workshop sessions show a behind-the-scenes look at taking a piece from its infant, first draft stage and building it up to a much stronger work. Although each workshop is with the same group (for the most part; Wells wasn’t available for Tayler’s session and a guest was brought in), you can see how different authors asked for help with different things. For example, Tayler was stuck and needed help getting from his beginning to one of his possible endings, and he used to workshop session as a way to identify what was working (his pacing), and what wasn’t (how he had built his antagonist). Sanderson used the workshop in a similar way, and the session was critical in helping him get his ending straightened out.

Each workshop is a little different, as each writer has regular writing groups outside of this one. Kowal’s workshop started off with a kind of round table where someone would talk for two minutes before the next would get to talk, while Sanderson’s was split into focusing on positive feedback first, followed by what needed work.

If you’ve ever been privy to having your own piece workshopped, I think you’ll be thrilled to sit in on these, as it’s a unique opportunity to see how the pros do it. Then again, if you haven’t ever sat on the receiving end of a writing group, it’s at least another fascinating look at what professional authors think about working with material and how they encourage new ideas from the writer who’s in the hotseat.

If you don’t see much use in comparing the first drafts to their final stories, you’ll enjoy the edited drafts. These show the authors adding and deleting large chunks of text, indicated by underlines or strikethroughs. They make great visual aids. The edited drafts let you see the changes each story went through to get to a piece of quality writing.

It’s gratifying to read/listen to the corresponding workshop or feedback, and then see how that directly influenced what the author decided to change. For instance, when Wells sent his supernatural military story to be critiqued by two of his soldier friends, they provided him with critical details that not only fleshed out the world in the story but added authenticity to it. You can see in the edits where Wells modified some of the military terms he used to fit his friends’ suggestions.

Are you jonesing for more specific details about a story? You’re in luck — Shadows Beneath includes essays from Sanderson, Wells, and Tayler about how they chose to approach their stories. The essays are full of details that shed light on why they made certain decisions in the writing process, like whether or not to to capitalize certain terms or how they closed conflicts in the most satisfying order. As an added bonus, there are some outline techniques to be found in these sections as well that should help you better organize and structure your own stories. Sanderson’s Making Of section also includes notes from his own writing group, where he workshopped his story to get even more feedback on his ending.

Peering into more writing groups is always a good thing, and getting some of the nitty-gritty details for the stories are insightful. If you really want to put the time in, you could use the notes and essays to really deconstruct these stories and see how they work. It all depends how much effort you want to put in, but you could at the very least benefit from the notes on outline structuring.

Casting Your Own Shadow

There’s no other book on writing that offers a wealth of writing knowledge in such a consumable form. If you learn best by example, you could do no better than Shadows Beneath. The resources in it won’t just help you write sci-fi and fantasy short stories; the brainstorming, writing, and editing lessons to be learned are universal and can work for stories of any length. If you’re a writer looking to improve your craft, I can’t recommend this book enough. 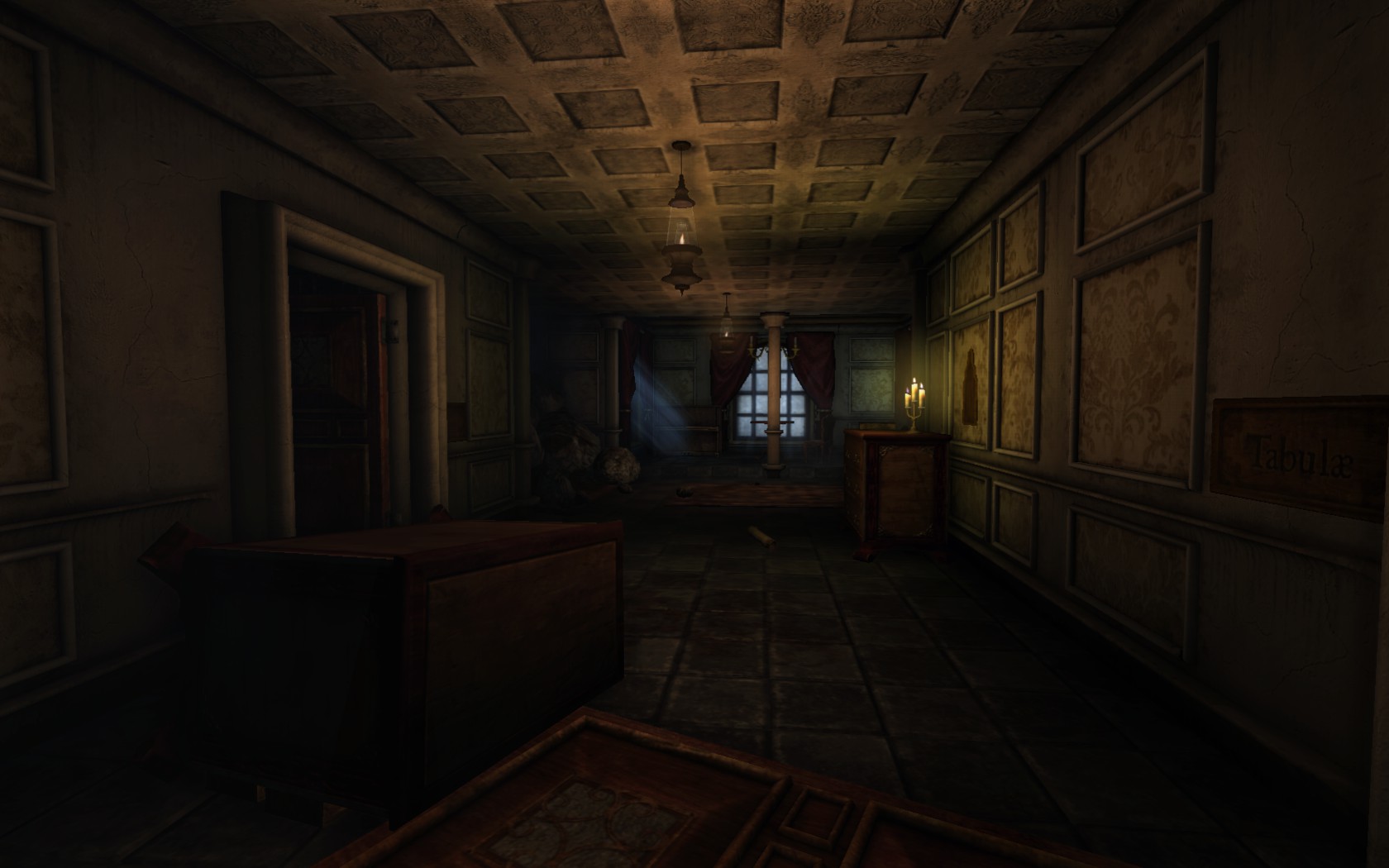 Another Hour with Amnesia

October 26, 2016 Eric Seal Comments Off on Another Hour with Amnesia 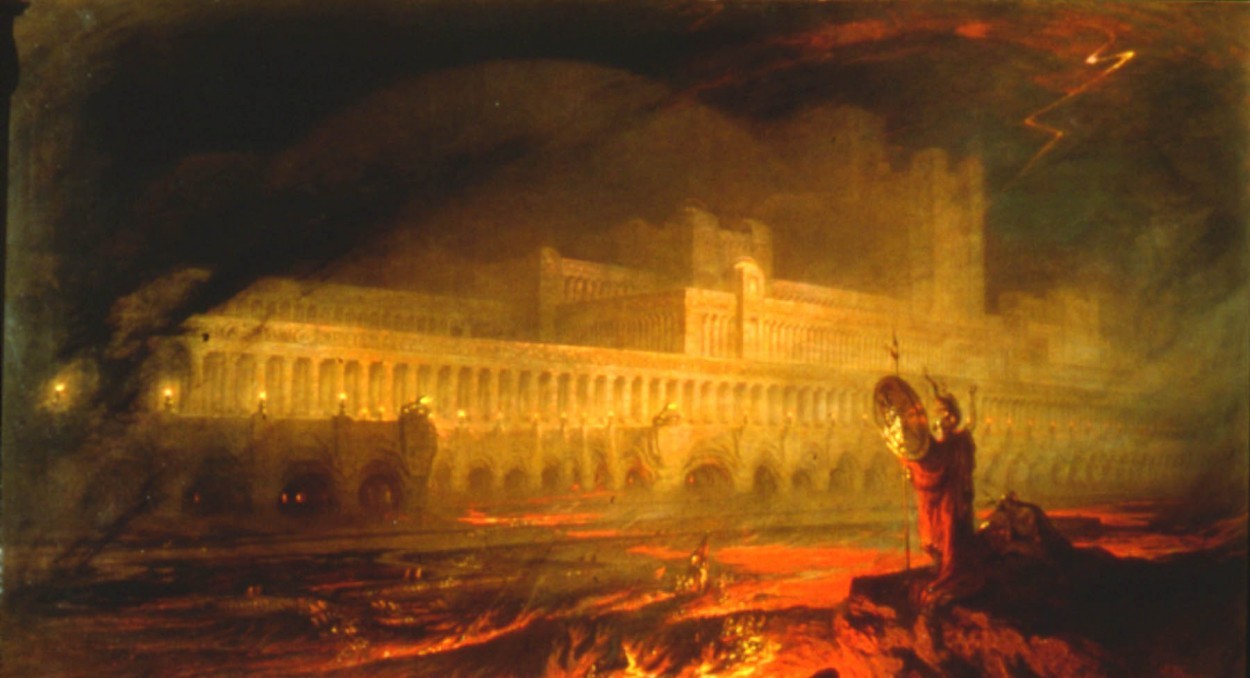 The Other : An Exploration of Villainy

March 7, 2016 Eric Carr Comments Off on The Other : An Exploration of Villainy

May 24, 2016 Jordan Feil Comments Off on Shirobako Review