I am going to try something new this holiday season. With fellow writer Eric Carr stepping in to handle Mangaka Masterworks, I want to take this chance to try out a column series I have been planning on writing for a while. Similar to Mangaka Masterworks, the goal of this new column would be to spotlight well written and directed anime.  Japan’s number one export doesn’t often get the critical acclaim it deserves and it is my goal to explore anime that stand out as both works of art and entertainment. Coincidentally, the first anime I want to talk about has already been mentioned on the site in the form of my gift guide, An Otaku’s Guide to Christmas. In the guide I talk about my all time favorite show- an anime called Fullmetal Alchemist: Brotherhood. 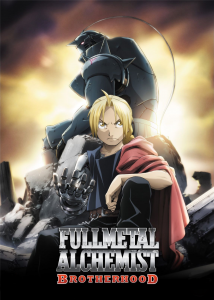 Fullmetal Alchemist: Brotherhood’s production history is a little strange. Based on the widely popular manga written and illustrated by Hiromu Arakawa, the series is essentially a reboot of an already complete and popular anime adaptation. The prevailing thought behind the move was that the original adaptation had strayed far beyond the plot of the manga. The original 51 episode series took liberties with the source material and while many people loved it, there was a demand for a more faithful adaptation. Fullmetal Alchemist: Brotherhood is the result of persistent fan support and stands as both a huge critical and commercial success.

Adaptations have always been a controversial issue when it comes to mainstream entertainment. From movies, to TV, to anime, fans have always had issues with the way in which studios compress source material into a new medium. There seems to always be something lost in translation. Brotherhood is different. The revived anime manages to accomplish something rarely seen in any medium, let alone anime, it captures the heart and soul of the material it’s adapting. The translation is seamless, Brotherhood not only stays faithful to its source, it comes to life as ink transforms to animation.

The story of Fullmetal Alchemist follows two young brothers named Edward and Al who are crippled because of their use of a forbidden form of alchemy called- Human Transmutation. Their injuries were the result of them trying to resurrect their recently deceased mother, breaking alchemic taboo. The consequences of which leaves Al without a body, his soul bound to an old set of metal armor, and Edward missing limbs. Despite their grievous injuries the two siblings refuse to give up and chose to take their knowledge of alchemy and follow in the footsteps of their father, choosing to become State Alchemists. The state sanctioned position will allow them the freedom to search for a way to restore Al’s body and research the secrets behind human transmutation and other alchemy taboos. 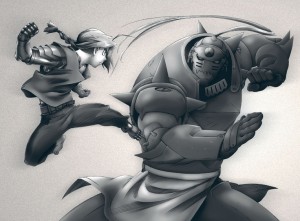 Brotherhood works not just because it stays faithful to Arakawa’s manga, everything from the animation to the pacing is superb. Directed by Yasuhiro Irie and animated by the production house Bones, every aspect of Brotherhood is closely loved and cared for. Bones choreographs and animates some of the most creative and over the top fights in any anime to date. While Arakawa’s manga provides the inspiration, Bones takes her world and breaths life into alchemy and the creative ways in which it is used to fight and kill. Every time Edward transforms his metal arm into a sword, or turns the road into a hundred grasping concrete hands, Bones is there to realize it in color and fluid animation. There is a efficient brutality to each and every animated sequence. When Roy Mustang, Edwards boss, uses gunpowder laced gloves to manipulate fire, there is a realism to the combat that grounds the fantasy in violence. Each carefully shot and edited scene maximizes the viewers suspense and excitement.

If I had to pick a single word to describe how the animation feels it would be: solid. There are no shortcuts or tricky editing. When the characters fight or there is action on the screen, Bones commits. The key frames maintain their well-drawn depth and the visuals stay consistent, there is never a drop in quality. Which is an insane accomplishment given how much action is crammed into the anime’s 64-episode run. The later half of the show is essentially a montage of large scale alchemic war and magic fueled destruction. The show features nothing less than cinematic quality visuals. 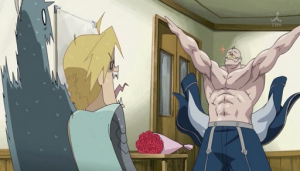 There is simply never a dull or wasted moment. In every on screen second Bones shoots for perfection, nothing is rushed; which is hard given the sheer volume of source material involved in the adaptation. The Fullmetal Alchemist manga is 27 volumes long, each book anywhere from 250 to 300 pages of material. That’s roughly 2 episodes for every book and yet nothing is left out or hurried. In fact, I would say that pacing is one of Brotherhood’s greatest strengths. Whether it is huge epic battles, or tear jerking moments of despair, each and every scene feels like it belongs exactly where they put it. Part of this can be attributed to Arakawa’s absolute mastery over comedic relief, when it needs to be Brotherhood is hilarious. While this series is sad and routinely highlights the realities and responsibilities of war and death and power it’s Arakawa’s silly slapstick comedy that never lets any one emotion rule supreme. Besides Arakawa, Irie does a fantastic job editing the source material in a way that fits TV. Anime is a unique medium in that it allows for a wide degree of creativity and expression.

All of which only sings louder when coupled with the overwhelming talent recruited for the series voice acting. Romi Park nails the part of Edward and Rei Kugimiya brings Al to life. There is a cinematic quality to the way in which these voice actors inhabit and create their characters. Whether it’s Edward and his zany over the top humor and bravado, or Al’s anxious understated strength, each is perfectly realized. There were times as I was watching that I forgot the characters were drawn. I connected with the characters in a way unlike any other show I have ever watched. I cried, I laughed, I watched breathlessly as characters fought and flew across the screen, and slowly the cartoon appearance faded into the background.

Fullmetal Alchemist: Brotherhood stands at the top not because of its visuals, or pacing, or voicing acting, those are simply ingredients. It stands at the pinnacle because it manages to take all of these things and it combines them into a single cinematic experience. There is never a time where the quality dips or the story drags, the series simply moves with a grace rarely seen in anime. Every episode is an event and when combined with the greater whole, what you are left with is a modern day masterpiece. 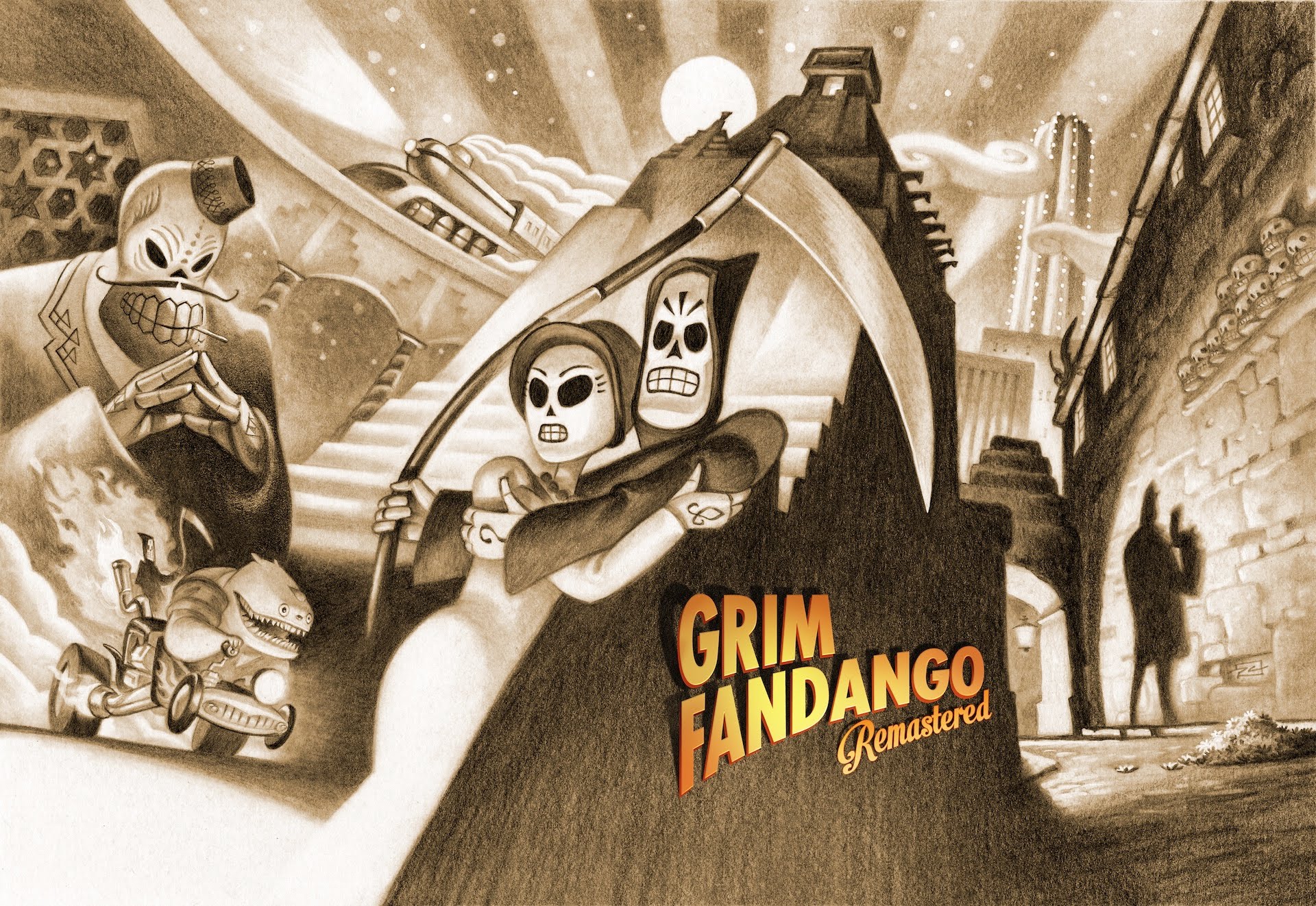