Welcome back to another week of my non-exhaustive but eclectic look at the comics coming to your local comics shop, online retailers, tablets and maybe brick and mortar book stores! My pull suggestions are relying heavily on Image this week but there are also some Marvel reboots that caught my eye.

Comics to Look Forward to This Week: 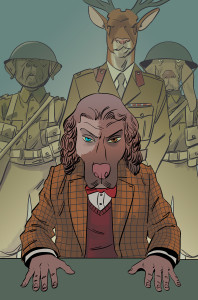 I hope you went out and bought the trade collections I recommended last week, because Wild’s End is continuing right where the first arc ended. With the initial invasion of Wild’s End over Clive, Susan and Fawkes have to contend with the Military’s own investigation into the strange incidents in Lower Crowchurch. Writer Dan Abnett and  I.N.J.Culbard continue to deliver an engaging twist to this War of the Worlds tale, and it’s not too late to catch up and follow the story each month.

– Vertigo SFX #3 by by Various (Vertigo)
Even though Vertigo has been all but absent in producing interesting comics the last couple of years, they have been trying different anthology books. In the same spirit that their CMYK anthology focused on each color of the titular printing color model, all of the SFX stories are written around a specific sound effect. This week’s onomatopoeia is “KRAK!” Anthologies are almost always a little hit and miss, but there aren’t a lot of short story comics out there and there are bound to be more stories that you like than not. 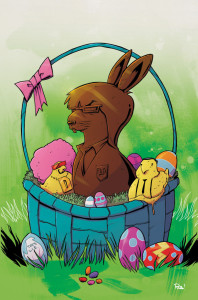 This issue of Chew starts the final 10-issue arc of this entire series. This story of federal FDA Agent and Cibopath (a person who receives psychic impressions connected to whatever he eats) as he finally solves cases of a bird flu epidemic in the US, alien fire-writing in the sky and various other mysteries. It all sounds like it could be too goofy, but Layman and Guillory embrace the absurdity to make a consistently hilarious comic. Poyo alone is worth the price of tracking down  all of the trades and catching up.

Issue 51 picks up two years after the events of issue #50. I would highly recommend getting caught up before reading this issue. Although Layman has said before that he tries to make each issue work on its own (which I think he mostly accomplishes) the back issues are worth reading in their own right. 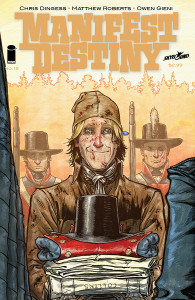 I just love the premise of this comic: A chronicle of the Lewis and Clark expedition in which it turns out there is more in the Western wilderness than disease and unfriendly Native American encounters. There are instead buffalo minotaurs, giant toad river monsters, and the revelation that the St. Louis arch is modelled after natural structures left behind by agents as yet unknown. I love that the relatively low production cost of comics allows crazy stories to come to life and thrive. It’s the perfect medium for a supernatural exploration story in the beginning of the 19th Century.

If you’re a fan of the Odyssey but wished that it took place in space and it was gender-swapped, then you’ve stumbled upon your perfect comic. This isn’t for new comic readers. Fraction’s prose is very heavily influenced by Homer so you won’t get the most approachable and clear dialogue and Ward takes an experimental approach to the art. The panel structure and flow can be a little tough to decipher. But I think careful reading can definitely reward a dedicated reader.

Chewie finds himself stranded on an imperial planet immediately after the Battle of Yavin in A New Hope. He befriends a girl indentured there and is caught between trying to get back to the Rebellion and helping the girl Zarro out of her troubles. I’m really enjoying Marvel’s current Star Wars titles, especially the mini-series (their Leia and Lando series have already concluded) and I’ll read most any series with Noto’s softly detailed art.

New Comics to Try This Week

A new comic from Image about a homicide/robbery detective who also happens to be a witch. The book is described by Rucka as a “Witch Noir” story, which has me instantly interested. I am a huge fan of Greg Rucka from his work on Gotham Central, Batwoman and Lazarus so seeing him tackling a supernatural noir comic is exciting to say the least. I don’t think I’ve read any comics drawn by Nicola Scott, but the preview pages for Magick are beautiful. I cannot wait to grab this when it hits the stands on Wednesday.

The first of two new Marvel titles that has me excited. Jason Aaron is currently writing the new Star Wars comic as well as a few of the Battleworld titles that are wrapping up soon. But it was his work on the Vertigo title Scalped so I’m excited to see what he does with the character of Doctor Strange. From the previews and description, the comic seems to be an action-packed reboot of the character, with Strange investigating supernatural threats to the Marvel universe. It remains to be seen how much (if at all) the Battleworld storyline is going to affect the Marvel Universe, but I’ll give any story by Jason Aaron a chance for a few issues at least. And check out that fucking axe! 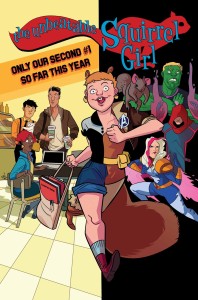 North and Henderson’s original Squirrel Girl run lasted eight issues before the Battleworld crossover event took over the Marvel Universe. Doreen Green defeated Kraven the Hunter as well as Galactus in that initial run, all while going to college to earn a Computer Science degree. Marvel has allowed some new writers and artists to kind of tell their own stories without worrying about continuity and they’re the most exciting and fun comics I’ve seen come out of the Big Two in a while. I’m hoping they keep up the pace with comics like Squirrel Girl.

Trade-Waiting is the Hardest Part 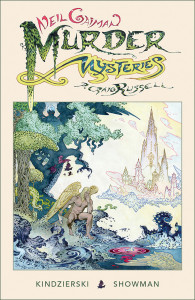 P Craig Russell is one of my favorite artists. I first admired his style when I first read Sandman #50 in which Gaiman told a stand-alone Dream story about a Sultan in the Middle East who makes a bargain to with the Endless incarnation. His style is very reminiscent of the Art Nouveau movement (think Mucha) and I am a sucker for that type of art. Dark Horse is collecting another Gaiman tale along with stories by Mike Mignola (HellBoy), Clive Barker and Ray Bradbury, as well as adaptations of H.P. Lovecraft and Oscar Wilde.

I haven’t even mentioned that this collection is Gallery Edition Hardcover, meaning it reproduces the art at full-size. This book is 13.1” by 19.3” in size. Below is a comparison of the new edition on the left compared to the normal printing size: 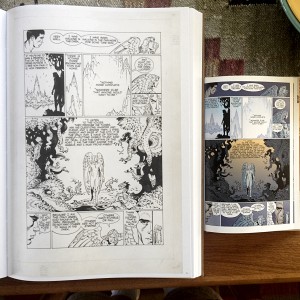 It won’t fit on a regular shelf, but it would make a great coffee table book. I’m definitely looking forward to seeing Russell’s pages in all their full-sized splendor. 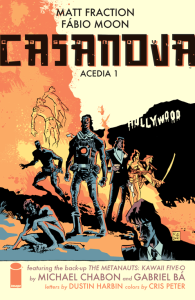 – Casanova Acedia: Volume 1 by Matt Fraction  and Fabio Moon with a backup story by Michael Chabon and Gabriel Ba (Image)

If you can’t already tell from last week’s trade section and my weekly recommendations, I’m a big Matt Fraction fan. He can tell funny stories that are also deeply layered and a blast to tease apart. Casanova, which he created with Brazilian twin artists Moon and Ba, was the first comic that turned me on to him. Acedia is the fourth volume of Casanova, which sees Casanova Quinn in a new dimension trying to remember what happened to him in the previous three arcs. Casanova is a psychedelic 60’s spy series that loves to break the fourth wall as Casanova moves between dimensions as he works for E.M.P.I.R.E. to thwart the machinations of W.A.S.T.E. It’s fun, heady and completely tongue-in-cheek spy action.

Moon and Ba have been trading artist duties with each trade with Moon handling Acedia and Ba on a backup story written by Michael Chabon. Both their styles are languid and beautiful, but distinct from one another and I can’t decide which brother I like better. It’s a joy to get both of them in the same comic.

I hope some of these comics appeal to you. If they do, make sure you go out and buy them, either digitally or in the tactilely unsurpassed form of print. Unless the comics are already big sellers or limited series books, buying the single issues is your best chance to make sure that comic persists. This is particularly true when it comes to Image and other Independent publishers. The creators are paying the publishing costs out of their own pockets and a comic that sells low at first very rarely picks up new readers in the short term. 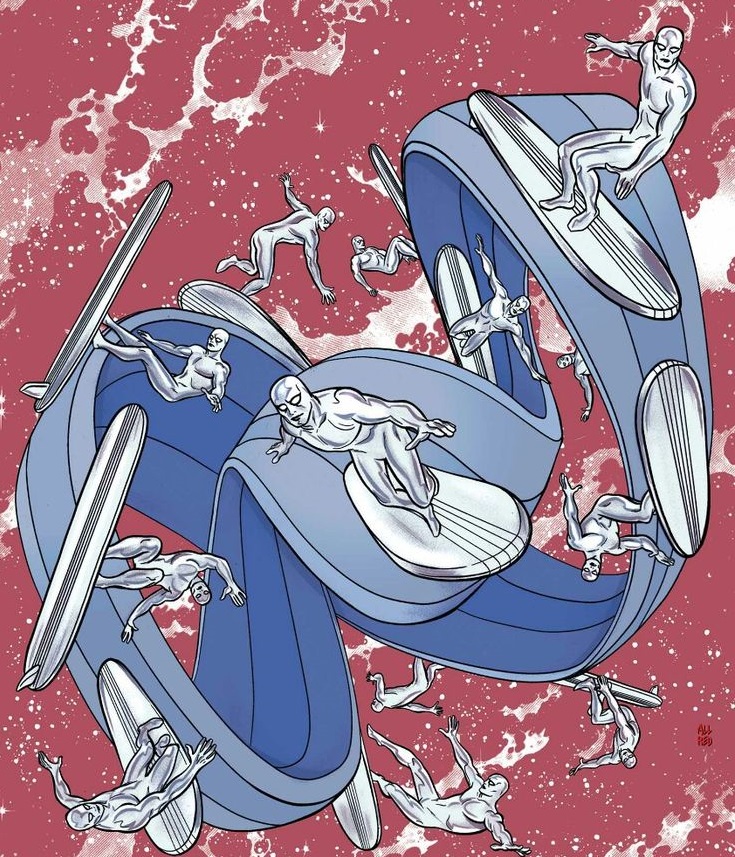 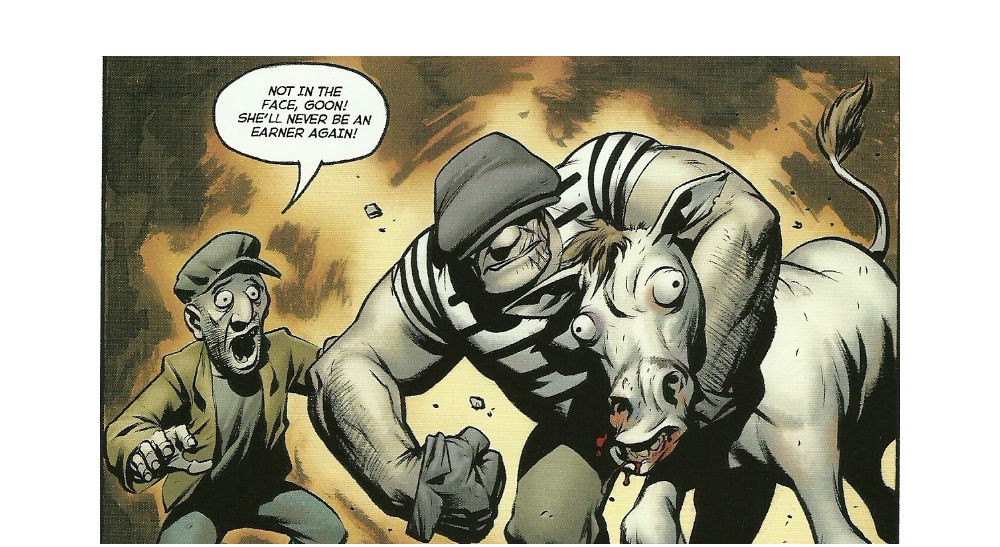