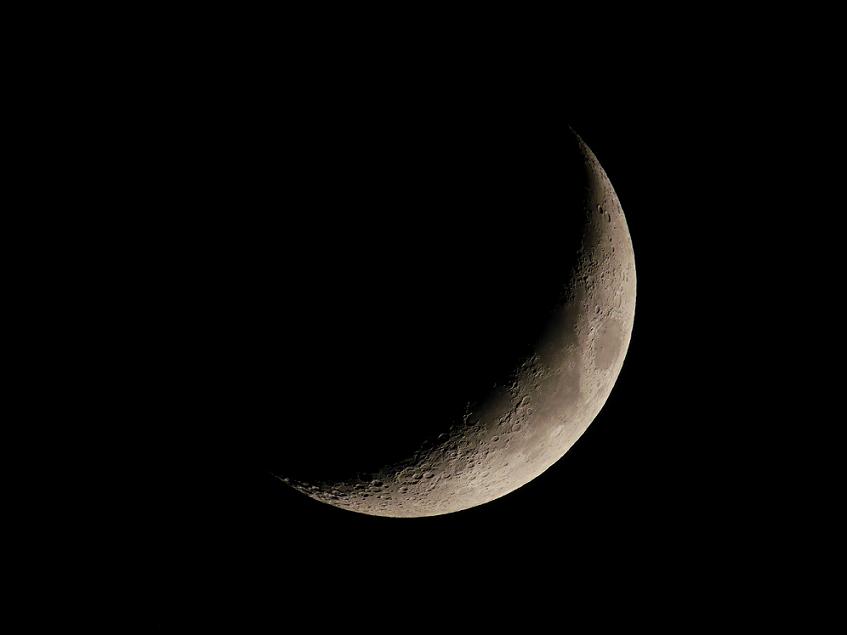 Face it — humans have, and likely always will, have outer space on the brain. The very concept of space evokes many different feelings for us humans. It scares us, fascinates us, and even employs us, making it a constant presence in our lives. All this wondering about space has led us to accomplish some truly great things, the least of which is to try to interpret these feelings through music.

Many of the more memorable songs and tunes from pop culture have become synonymous with how we think about space. If you’ve ever wanted to experience a small slice of what space has to offer your ears, just open your mind, close your eyes, and enjoy.

In science fiction, space is often the setting that lets us discover new planets, aliens, and technology. Many stories love to present space as a vast, unexplored landscape, full of promise and potential — the final frontier, even. No sound encapsulates this better than the opening theme to Star Trek: The Next Generation.

Don’t get me wrong — the original series’ theme does a good job of evoking the same feeling of an adventure unfurling. But where that theme merely inspires, the theme from Star Trek: The Next Generation positively soars. If you listen to both themes back to back, you’ll notice the theme from the original series is softer, more deliberate in where it places its notes. The main melody, played by a brass section, is a series of drawn-out notes followed by an atmospheric, almost choir-like layer played over a jazzy horn pattern. These combine to suggest a rising sense of wonder.

Now consider the theme for TNG. The main melody is back, but this time the brass blasts triumphantly before moving to the background to add dynamic, impactful accents beneath a layer of energetic strings. The result is an uplifting, overwhelmingly positive feeling that’s as close to ‘swashbuckling’ as you can get among the stars. From its building beginning to its dramatic end, you know the show is going to offer everything Captain Jean-Luc Picard tells you in the intro: new experiences and discoveries in the grand stage that is space.

The Quiet Space Between the Stars

As it turns out, there’s a lot of space out there in… space. Between drifting across an asteroid belt and waiting to wake up from your cryogenic sleep, there are a lot of quiet moments among the vastness of space that bring out music’s more contemplative side. These songs show that, even among world-shattering stakes, there’s still time to think and ponder.

“Vigil” from the first Mass Effect game by BioWare perfectly captures that thoughtful, introspective sentiment that space can have on a person. It’s an ambient synth piece, with sparsely placed high notes glittering like stars among a low murmur of sound. The song appears twice in the game, first as the menu screen, which shows the game’s title laid over a shadowy image of Earth, rotating slowly against the dark void of space. Secondly, it plays near the end of the game, when the protagonists uncover a relic of an ancient alien race, and learn of their tragic fate. This revelation matches up with the end of the song, as it rises to a crescendo of ethereal voices. It’s all very existential, and serves as an appropriate backdrop to learning the appropriate answers to questions you’ve had since the beginning of the game.

From a purely musical standpoint, “Vigil” is the kind of song that nudges against your subconscious as you look out a bay window, taking in the impossible size of your home planet spinning below. Don’t be surprised if you put this song on and start pondering your place in the universe.

When You Look Into the Abyss…

Considering the size of space, that leaves a lot of room for the opposite effect of contemplation and wonder — crushing loneliness and despair. While you’re out among the stars, cramped inside what feels like little more than a spacefaring tin can, an overwhelming sense of meaninglessness can overtake you. It’s more than cabin fever; it’s the realization that you are truly alone and lost, spinning helplessly in the void.

The album Fear of Infinity by epic doom metal band While Heaven Wept is this feeling given life through plodding guitar riffs, melodious keyboard tones, and soulful vocals. The band is known for covering lyrical topics like depression and loneliness, but Fear of Infinity stands out for combining their trademark wall of sound with atmospheric textures that I can’t help but attribute to outer space. Tracks such as “To Grieve Forever” conjures up images of a love separated by light years from its forlorn-sounding opening chords, while “Of Saturn and Sacrifice” captures the weight of despair with every trudging quarter note. It’s a good listen if you’re ever in the mood to indulge in a bit of melancholy.

Few things have engrossed us quite like imagining what’s on the planets, stars, asteroids, and other rock-like bodies out there. Aliens, secret government facilities, even ghosts — there’s no limit to what we can dream up on the dark side of the moon. We’ve even made music in honor of that mysterious, foreboding place, some of it fitting in a thematic sense, some of it not as much.

Well, what would a capture the flag arena set on an asteroid hurtling above the earth sound like? I’d imagine it would sound exactly like “Foregone Destruction,” a standout track from the 1999 FPS game Unreal Tournament. It sounds like this: a three-note melody rings out like distant stars twinkling against a deep synth bassline. Another synth lead, playing higher than the bassline, repeats over and over again. As the layers build and build, they wash over you like electronic body armor. The pulsing beats and trip-hop style drumming kick in, capturing the urgency of space warriors trying to defeat their interstellar enemies and beat the clock.

“Foregone Destruction” is both atmospheric and energetic — the perfect fit for the level it’s most famous for, a capture the flag stage called Facing Worlds. Two towers, built on opposite sides of an asteroid, face each other, with long paths running away and toward the opposite sides and meeting in the middle. Earth and stars fly past in the distance as the asteroid rotates, and it does so without making you feel sick, which has always been a noteworthy bit of level-making magic. You can defend by sniping opponents up top, letting you feel the bassline as it matches your pulse. Or you can choose to attack, bobbing and weaving as the complex snare and hi-hat rhythms propel you toward the enemy’s flag.

Of course, you can’t talk about music and outer space without mentioning The Planets, Gustav Holst’s 50-minute orchestral suite, written in 1914 to 1916. It has seven movements, named for each of the known planets in our solar system (Pluto wasn’t discovered until 1930), and it is a hugely influential piece of music. Parts of it are featured in everything from a death metal cover song to the final levels of Ape Escape 3. Although it’s true this piece was inspired by the astrological signs, not the astronomical planetary bodies, the music itself is just as grandiose, bombastic, and thought-provoking as the actual planets deserve.

The Planets utilizes a full orchestra of horns, flutes, drums, and voices to deliver a wide range of feelings, from the aggressive, driving march of “Mars, the Bringer of War” to the flighty, whimsical “Mercury, the Winged Messenger.” Even the ponderous “Saturn, the Bringer of Old Age” contributes to the great effect Holst’s suite can have in representing the full spectrum of the human condition.

For a long time, we all thought there was no sound in space. Our very own NASA proved us wrong several years ago, when they discovered that space can actually sound rather spooky. Still, these other offerings are a testament to the boundless creativity of humankind. No matter how we feel about space, we can always turn to music to give form to these thoughts, and maybe entertain ourselves in the process.