Here at NitWitty Magazine, we like to zig while others are busy zagging. It’s something we do here, like torture metaphors until they tell us what we want to know. In any case, while the beginning of the year is often a time for looking forward and basking in the warm, possibly alien, glow that tomorrow might bring we felt this would be a good time to point our spyglasses backwards, and exult in the warm, likely rose tinted, glow of yesterday. 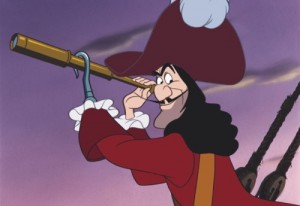 After all the beginning of the year is a strange time. People swear off of things they’ll pick back up in a month or 2. They’ll collect new habits like they’re valuable and then quickly discard them when they figure they’re not. Or maybe they’ll turn over a new leaf, and discover that it looks the same on both sides. What I’m saying is that the new year brings out all kinds of aspirations and puts the world into a weird flux where what seemed correct yesterday, seems fundamentally wrong today even though really nothing has changed.

Well, at least we’ll be here for you. Join us this month while we explore the arms race that Nerf has become, a collection of new installments of Retrograded and why the best part of yesterday is your flawed memory of it. Stay tuned for later when, in a bit of olde schoole goodness, we give you the NitWitty Review of Super Mario Maker, and discussions of a tiny, little indie film called Star Wars.

So grab a friend and take a look at the good old days, before tomorrow becomes the days that future you will look back at with regret.

Like I said, it’s gonna be a strange month.