There’s never been a better time for beating up your friends – in the digital sense, at least. Indie game studios are spearheading a resurgence of local multiplayer games that are recapturing the essence of simpler times – a time without WiFi or broadband connections, a time when we found our competitive and social gaming experiences not in online matchmaking lobbies but in our own living rooms. While the Call of Duty and Battlefield multiplayer games of the times are becoming stagnant, indie offerings like Towerfall, Affordable Space Adventures, and Nidhogg are showing that the most fun to be had could be right on your couch.

So what is the cause behind this resurgence? The current climate of other multiplayer games, financial restraints for indie developers, even nostalgia-fueled gameplay – these all could be credited to helping form a new era of local multiplayer fun.

The Reason for the Season

So why are so many indie games choosing to focus on local-only over a vastly popular online component for their games? As the saying goes, it could have something to do with limitation breeding creativity. After all, it’s certainly less work for indie developers to make local multiplayer games instead of purely online ones. This excellent article by Joost van Dongen, lead programmer and co-founder of Ronimo Games, goes into great detail on the demands for developing online multiplayer. Citing Internet latency, gameplay balancing, and server stress, Joost explains the challenges awaiting game developers when considering what the scope of multiplayer would be for their game. Basically, it makes sense for so many indie developers to go local-only because it’s more economically feasible and worthy of their time.

There are good times to be had in online multiplayer as well of course, but the often boiled-down scope of what indie games are trying to accomplish justifies local-only play just fine.

The Toxicity of Our City

Another reason for the indie explosion of local multiplayer games could be that the communities in purely online games are too toxic. MOBAs (multiplayer online battle arenas) like League of Legends and DOTA 2 are notorious for their highly skilled player bases. Due to these games’ steep learning curves, players who have mastered them often have little patience for newer teammates who can’t keep up. These games make the experience frustrating, as it seems like your staunchest opponent is also the best player on your team. Not every game goes this way, but it’s true enough that newcomers to the genre can feel intimidated. The reputation of these games can make even installing them a monstrous task.

Indie games with local-only multiplayer may have been developed as a response to the poisonous player bases of MOBAs and other purely online multiplayer games. Having your opponent in the same room as you, maybe even sharing furniture, eliminates the possibility of having to put up with a jerk. Any poor sportsmanship can be solved face-to-face, with the punishment being to sit out a few matches or, heaven forbid, be excommunicated from the festivities.

There’s also a level of personal stake and instant gratification of victory that only local games can achieve. Scoring a point is all the sweeter when you can physically see your opponent hang her head in shame, while a crushing defeat is embittered by her ecstatic, victorious grin. Like any other competitive activity, games that force you to share physical space with your opponent often provides a more visceral experience.

A Labor of Love

It is possible that the local multiplayer resurgence was not borne out of a desire to move away from certain types of multiplayer games, but rather towards others. Many indie games are built with the sweat and blood – and most importantly, memories – of developers who grew up loving video games. Fond memories of sitting side by side with siblings or friends have lit the fire of creativity inside these developers, igniting their desire to make games of their own. No source is more likely to have fueled that inspiration than Nintendo.

The NES, SNES, and N64 are all rooted in nostalgia as part of a golden age of local multiplayer. Joust, Contra, Mario Kart, Super Smash Bros., Goldeneye 64 – the list of titles that so often ended in family fun or friendly fisticuffs (or sometimes both) goes on and on. Enough indie game developers who grew up playing these titles could very well have felt obligated to create their own games, seeking to recapture the magic of those early formative times.

Indie games like Nidhogg and Starwhal evoke the old-school duelist appeal of Joust and Balloon Fight, pitting two players against each other while adding unique twists on the basic gameplay. Towerfall (an Ouya exclusive before coming to other platforms) offers chaotic four-player mayhem reminiscent of the Nintendo 64’s Super Smash Bros. but with a streamlined approach to the characters you play. Instead of controlling heroes with their own unique movesets, you and three others choose an archer whose only difference from the others is its appearance. You try to defeat opponents by hopping on them or filling them with arrows, which puts all players on an even level where skill and luck eliminate the balancing issues of other fighting games. Towerfall matches are fast and intense, and more often than not have players roaring in laughter whether they win or lose. It is this camaraderie even in the face of defeat that many indie game experiences seem to evoke.

With all the talk about where the indie games have come from, one thing cannot be ignored: the desire to innovate new styles of gameplay. It isn’t enough for many indie game developers to simply recreate similar game experiences. Indie games have been paving the way for experimental gameplay, and they are offering players even more unique experiences than the split-screen deathmatches of the past.

Affordable Space Adventures has players working together to man a rinky-dink spacecraft. Three players divide tasks using the Wii U’s different controllers to power the ship’s engines, lights, and controls as they navigate levels and solve puzzles. Crawl is another indie game with a unique premise, where one player takes on the role of a hero traversing a dungeon, while up to three others control the dungeon’s monstrous denizens to stop him. If the monsters kill the adventurer, he and the player that landed the killing blow swap roles. The game becomes a kind of treasure-seeking, dungeon-crawling game of tag. 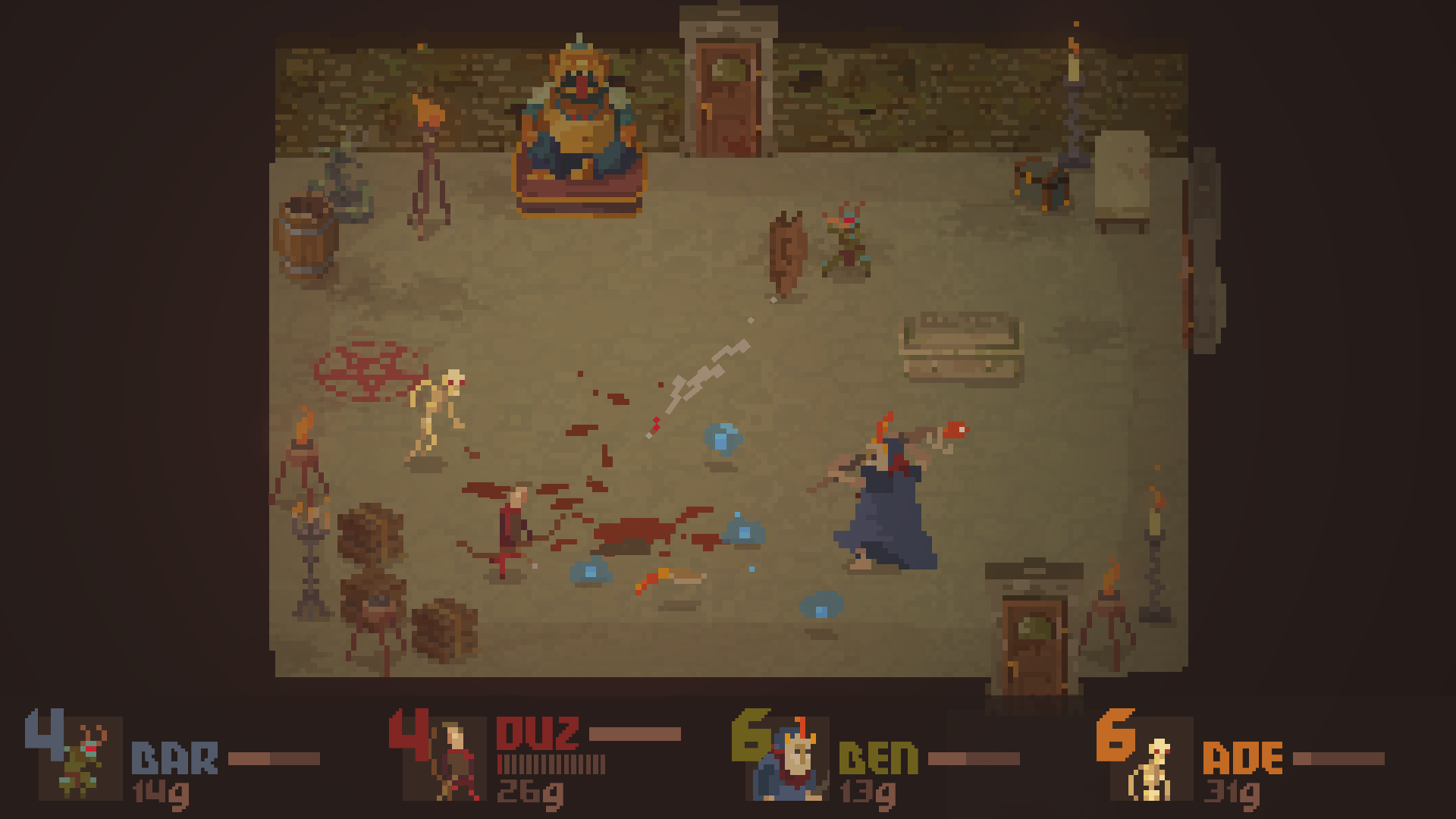 Games like these are only possible through the unique advantage of being independent. Indie developers work without many of the restrictions that big name publishers often have to deal with. The trade-off for lacking a full array of financial and marketing resources is freedom – the freedom to pursue personal projects that could seem too risky or quirky for a traditional release. Although they lack traditional marketing channels, indie developers have to appeal to players just the same. Using a combination of smarts and luck, these developers are able to release their dream projects. Some are obvious homages to games long past, but in the local multiplayer space, the innovation feels fresh.

The New Golden Age of Local

It seems a little regressive to limit ourselves to our couches when we could be playing the latest triple-A titles with players across the world. But perhaps it is because we’ve spent so much time online that the indie return to local multiplayer may be just the thing we need. By boiling down game experiences to their most basic elements without sacrificing any of the parts that make them fun, indie games are returning us to the industry’s roots with the lost tradition of communicating with – and competing against – the ones closest to us.

Indie local multiplayer games continue to move forward and reap the successes. The Jackbox Party Pack 2 dropped last month to the joy of thousands of parties and social gatherings everywhere, and even triple-A developers are starting to take notice. Battlefield developer DICE’s upcoming Star Wars Battlefront includes split-screen multiplayer co-op, so you can at least share your shame with a buddy when you blow it for your team. Developers of all sizes are starting to notice the value of offering game experiences that are enhanced rather than hindered by the closeness of other players.

When we look to the future of games and what it’s bringing us, it turns out that the answer’s been right beside us all along. Indie local multiplayer games cannot help but be a response to the current gaming climate. With luck, that trend will continue to entertain us for years to come. 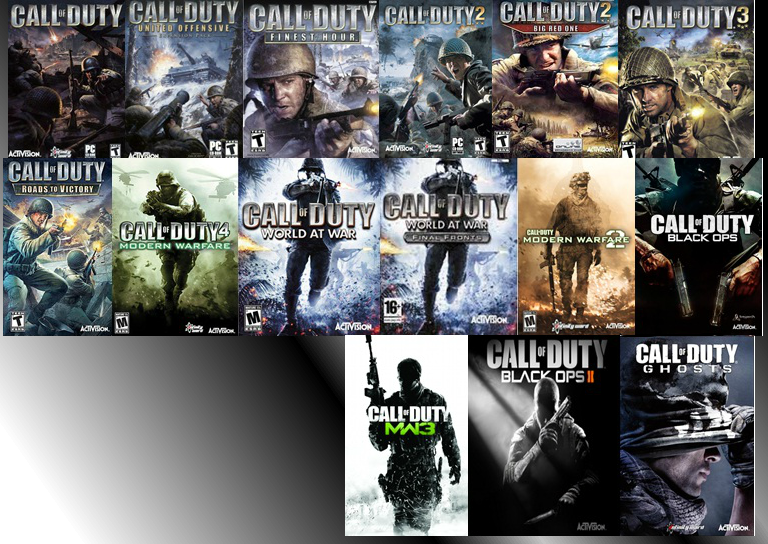