Tricks can be fun to play on people, especially now. This is especially true in film. It’s a neat trick when you can pull it off, like the sorcery that allows Michael Bay movies to somehow make money. What I can’t abide is when the trick is played on the audience in what amounts to false advertising. When something implies that it will be a different animal that it actually is, that gets a flag. When a movie seems like it’s trying to be an erotic thriller and instead hikes deep into its own colon like a pretentious ouroboros, that’s also no bueno. But that’s not the trick I feel was played by Eyes Wide Shut. No, as a student of film that’s not why I feel betrayed. You see, Eyes Wide Shut was directed by Stanley Kubrick, whose stunning filmography had me prepared for a movie that was good.

If you just look at the pretty pictures, this movie looks amazing. Every single frame could probably be pulled out and elaborated on (which I will), but that’s basically just gilding a turd. I mean yeah it’s shiny, but I still don’t want to spend almost 3 hours with it because at its core it’s still just shit. This film promised thought provoking art and instead gave us Tom Cruise making 1 of 3 different sad faces. The story doesn’t make sense and then just decides it doesn’t care and I wanted to see all of the characters go play around the fun end of jet afterburners. No, Eyes Wide Shut is not some hidden art gem; it’s an artfully filmed train wreck with everything interesting removed. This is the Takedown.

Unlike the movie, I’ll try to make this quick. Dr. Bill Harford and his wife Alice go to a party, where they then proceed to flirt with other people, as you do. Later they have an argument, where Dr. Bill argues that women are more faithful than guys are. To prove a point, Alice tells him that she once wanted to get all 50 Shades with a sailor even though she was married. Of course, Dr. Bill takes this information about as well as a urine soaked 6 year old before being called away to do a bunch of Doctor Shit™.

Anyway, once he gets out of his house he ventures forth to meet the family of a dead client. I might be wrong, but I would think that once a person kicks off then they no longer require the services of neither doctors or erotic dancers. I might be wrong though. Either way, the daughter of the dead client professes her love for Dr. Bill and tries to put the moves on him. He leaves, and awkwardly leaves. Not wanted to go home to his sailor loving wife, the good doctor wanders around the city like a mope until he is propositioned by a hooker with a heart of gold. Thinking things like, “yes, this is a great idea,” Dr. Bill goes off with her to play nekkid Twister. He gives her money and then gets cock-blocked by a phone call from the wife (as you do).

Since he still feels like a mopey dope, he finds his way to a jazz club. There he orders “a beer,” with the same inflection as somebody would order, “foodstuffs for hu-mons,” before learning of a Super Secret Sexy Stripper Showcase. Apparently feeling that getting deeply involved (ahem) with a Caligula party is on the same level as wanting to support our troops, Dr. Bill talks his way into getting the Super Secret Sexy Deets. He buys a costume and a mask to fit in. Then before he knows it, he’s inside the Super Secret Sexy Stripper Showcase. There he discovers that the party is a veritable Wonka Factory of naughty delights, but with altogether different meanings for, “Oompa Lompas,” “Everlasting Gobstoppers,” and “Chocolate Waterfall.” But Dr. Bill is caught before he can stop looking and start living, and it seems like some masked people are going to kill him. But before they do, an unclothed (but masked, because it’s cold) woman offers herself instead of him in a shocking display of Plot Armor, and Dr. Bill is let go.

Feeling like a mope and a douche, Dr. Bill goes home. There his wife reveals a dream where she’s not with just one sailor but with an entire ship full of them, which has the effect on Dr. Bill’s ego you would expect (sad face, crying, pee-pants). The next day he discovers that the woman who saved him was found all Joplined in a hotel room. This leads Dr. Bill to thinking that those masked people from the S.S.S.S.S. are after him. With everything else going on, and still angry that his wife really wanted to play Normandy to a sailor and give him an amphibious landing, Dr. Bill goes out again to that prostitute from before, only to find she is missing. Instead he is informed by her roommate that she has the AIDS, meaning that his wife Alice saved his life even as she ruins it.

Shortly thereafter Dr. Looking for Strange is called up by his boss for a visit. There everything is explained and while weird, is all on the ups. Also, that chick apparently OD’ed all by herself, not because of some pervy cabal. The Doctor goes home, cries, and tells his wife about his most excellent adventure. She handles it better than he does, and eventually decides what they need to do to save their marriage: “fuck.”

As you can see, the entire plot is irrelevant and it ends with a joke, only the joke’s on us because we watched it. It could be argued that since this is a character driven story instead of a plot driven one, this is acceptable. But the movie is playing with the tropes of a thriller, which is plot based by its very nature. Telling the audience at the end that nothing really happened means that you’re explicitly not making it plot based. If you’re going to make that sort of movie then something, anything, needs to be resolved at a character level instead. In Eyes Wide Shut that isn’t the case. At the beginning Dr. Bill can’t express himself to his wife and she seems to loathe him. At the end he is still a dope and she still thinks he’s less interesting than MSNBC.

So basically, there’s less character development in this than in a standard episode of The Smurfs and it takes way fuggin longer to not get to the point. Which leads to the next question – if the plot doesn’t matter and neither do the characters, why does anybody care? Since Eyes Wide Shut never answers that, the movie is boring. Which is how a film can have this much nudity and still put you to sleep faster than prescription meds.

On a thematic level, Eyes Wide Shut is a progress story of a person going down a rabbit hole. Literary examples (which give us the name of the genre) include A Rake’s Progress and A Harlot’s Progress. If you can’t tell from the language used in the titles, the stories aren’t about their progress towards higher learning and financial independence. Eyes Wide Shut follows the format to a certain extent, with Dr. Bill getting into increasingly scandalous encounters, which turns into a form of morality play. Since the movie doesn’t care about plot or characterization, all that we’re left with is the moralizing at the end. It tells the ladies that if they have exciting fantasies then you better keep them to yourself, otherwise the men folk will take a critical hit to the machismo. Then, before you know it, they’re wandering the streets looking for the strangest of strange and showing up at underground sexy fun times cults. That’s mental.

The biggest issue with stories of this type is that they are unbelievable. We get that Dr. Bill is sad that his life is an awful sham, full of people that care so little about him they wouldn’t turn if they were whizzing into his shoes. But nobody has a reaction to a naughty thought like that unless they are severely damaged as people. Dr. Bill, for all of his miles of flatness as a character, doesn’t seem to be that. Instead he seems unfazed by everything from naked girls in the bathroom full of heroin to being propositioned for a three way to seeing his wife flirt with another guy for hours. But characterization can go smoothly out of the car door if that’s getting in the way of the wanting to show the effects that mean girls have on nice guys.

Which is the rub of it. Throughout the story the women who show that they want to have sexy thoughts of their own have terrible things happen to them. Alice has her husband attend a costume orgy because she had a naughty notion, the hooker gets the AIDS and the masked girl from the Super Secret Sexy Stripper Showcase winds up dead. In the world of Eyes Wide Shut only the dudes get to think about sex and make plans and the women that attempt the same get refrigerated. It’s kind of an awful message if you think about, but since the movie has nothing else, it’s all there is.

Step 1: Go to the costume store.

Step 3: Sharpie Marker the words, “the Truth” on self.

Step 4: Dare the wife, in classic A Few Good Men fashion, “You can’t handle the truth!”

Instead Dr. Bill doesn’t do any of those things, and wanders the city of New York like Ulysses using his dick like a divining rod made out of Slim Jims. It’s 3 goddamn hours of atonal piano music and Kubrick trying to make it look like an actual film. It basically plays like a damn prank, only the audience is left feeling like rubes that missed out on the genius. Well, the good news is that you didn’t miss it, there is no hidden genius in this movie. Eyes Wide Shut is a beautiful looking person you meet at a bar with absolutely nothing intelligent to say. Eventually you just start looking for the exits or hoping for alcohol poisoning to finally kick in.

As always, if you feel I’m wrong in my critical assessments feel free to put me against the wall and let loose the slings and arrows of outrageous fortune. Or if you think that I’m right feel free to defend me in the comments and maybe you’ll get an invite to a sweet, pants optional, masquerade.

The Takedown : Harry Potter and the Cursed Child

November 14, 2016 Eric Carr Comments Off on The Takedown : Harry Potter and the Cursed Child 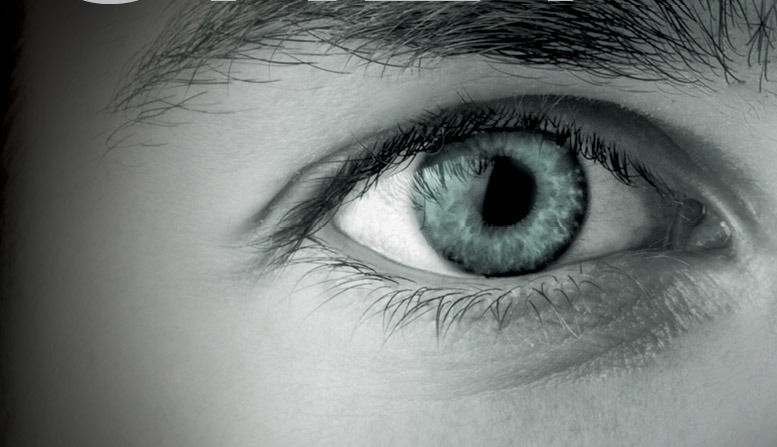