What will never cease to amaze me, is that people can find something to be terrifying, but find the concept itself interesting. You know, like boxing a bear or using a monster truck to squash a clown car – those are ideas that hang out in the mind a lot longer than they should. I think that war is another. There’s something heroic, romantic even, about the idea of fighting for Queen, Country and Mega-Corp, but then the actual activity is brutal and horrible in the worst way possible. People are resilient though, and just because the actual thing isn’t any fun doesn’t mean that we can’t invent ways to make fighting entertaining, and turn war into a game.

Lots of ways no less. From video games that let you charge up the beaches of Normandy, to looking down on a board as a Supreme Tactical Commander and deciding when to send in the tanks, or the story of a single battalion lost in the jungles, no scale is too much for entertainment to try to recreate. What’s fascinating is that in spite of all of that, playing at war is an exceptionally exciting experience.

This month, we’re talking about conflict, or at the very least combat equivalents. We’ll explore the civil war currently ripping a war-gaming community apart. Later we’ll get a (little) highbrow and talk about the effects that conflict has on art and cinema, and how the ever-increasing glorification of violence in gaming is represented. Plus, in a review bonanza of stupendous generosity we’ve got the NitWitty Review of Overwatch, and we’ll see if WarCraft can defy the odds and be a good game to film adaptation. Finally we’ll feature a game whose development cycle was almost as unfortunate as its name: Doom.

Come for the insights, but stay for the story about how I convinced everybody on the staff to go LARPing.

Stay tuned, since this month might get a little combative. 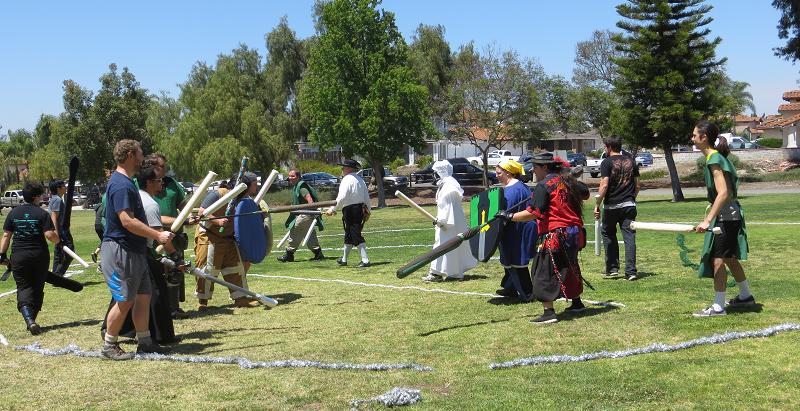 Off the Couch and Onto the Field: My First LARP