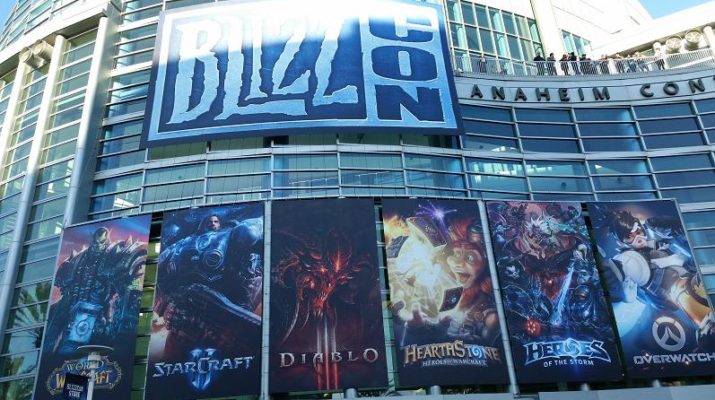 Where the Action Is

Probably the biggest change to my BlizzCon experience came in the form of the absolutely dominating presence of esports — or more specifically, the Overwatch World Cup. My introduction to esports at large was in 2007, watching pro players of StarCraft: Brood War (an already eight-year-old game) on a big screen TV overlooking a small stage, my expression dumbfounded as they micro’d their units with pinpoint, practiced accuracy. In 2007, esports, Twitch, and the like had yet to break into the mainstream; this single stage was nestled off to the side of the convention. Don’t get me wrong, enthusiasm for this event was high, and I remember onlookers such as myself and my friends struggling to find seating. But that was honestly the first time I ever understood people’s enthusiasm for sports, that even if you didn’t play at that level, you could still enjoy watching it.

This mere understanding had eventually evolved into full-blown fanaticism, as I watched and cheered for the pros playing Overwatch. At the expense of just about everything else (I forwent a chance to go hands-on with the forthcoming Necromancer class in Diablo III), the place I spent the most time at was the Overwatch Arena. There, the results of the inaugural Overwatch World Cup played out, as teams from around the world vied to become the first Overwatch Champions.

The quarterfinals kicked off immediately after the opening ceremony. There was already a line forming to go into the Arena, a circular structure wrapped with gorgeous artwork of the characters. Once inside, a ramp led up past rows of bleachers to a raised stage in the shape of the Overwatch logo, with six computers lined up on either side, facing each other. TV screens hung overhead, surrounding the arena and providing even fans in the very back with ample viewing opportunities. I was struck with a “no duh” realization that the reason there were so many screens was because that’s where the action was. The “e” in “esports” meant the big plays and strategies were happening behind each player’s monitor, not on the stage itself; I hadn’t fully acknowledged that fact until I was in that arena, a space one-hundred percent dedicated to the esports phenomenon.

Not even the Olympics have instilled in me such strong feelings of patriotism as the World Cup had. (Granted, I wasn’t painting the ‘ol Stars and Stripes on my bare ass, but maybe I could reach that point if USA hadn’t gotten trounced by South Korea.) Even so, my excitement for the event made me thrilled to just be there. I enjoyed each and every match, from the tense elimination rounds to the final showdown between Russia and South Korea. When the final numbers ticked up as South Korea took the final point in Lijiang Tower, cleaving Russia apart at their spawn area, I felt an overwhelming sense of pride — not for South Korea, but for being a gamer. For all of us gathered in that arena, watching men and women sit behind screens and keyboards, and cheering for them despite the stigma that nerd culture often gets. For being united under this one game.

All the glamour and effort put into the Overwatch World Cup shows me the direction esports is moving, and has been moving, in the future. I would not be surprised in the slightest if the next Overwatch World Cup is moved into the StarCraft Arena, which is capable of seating many more screaming fans. Blizzard has said that the world of Overwatch is their vision of an ideal future, a utopia with optimism at its heart, despite all the conflict. I think the Overwatch World Cup reflects that well and shows what esports could be: an exciting, positive, and professional phenomenon for people of all races and beliefs to love and enjoy.

So much has changed in the last eight years — for Blizzard, for gaming, for me. The evolution of Blizzard as a company, with real human beings behind it, seems once again aligned with what I want out of their games — wholesome, fun experiences meant to be shared with anyone and everyone. The focus on esports encapsulates this idea; the spectacle and enthusiasm behind the Overwatch World Cup, as well as championship matches for Hearthstone, StarCraft, and Warcraft, is a perfect correlation with the celebratory nature of BlizzCon itself. But the other highlights of the event — the contests, the demos, the big reveals, and thoughtful (and sometimes not-so-thoughtful) discussions — they all play a big part, too.

I can’t help but recall the introduction film that played during the opening ceremony, depicting a father and his child with a controller in their hands, large hands supporting small ones, and I can’t help but get teary-eyed all over again. I’ve seen for myself, reaffirmed my beliefs of why Blizzard is meant to be celebrated, not only for their games but for the communities they’ve fostered. The magic of those past BlizzCons I had attended was still present at BlizzCon 2016; the same magic that runs through every stunning cinematic, every carefully laid pixel, also feeds the enthusiasm, care, and love from every person I met that weekend.

I already can’t wait for next time. 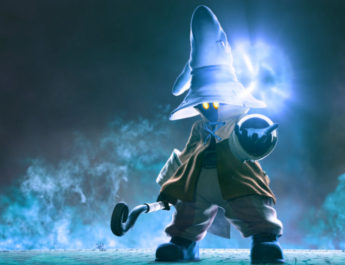 Letter From the Editor : Do You Believe In Magic?

November 1, 2016 Eric Carr Comments Off on Letter From the Editor : Do You Believe In Magic?