I retreat a little, putting my back to the wall and sidestepping my way to the left down the far side of the hall – away from the monster – and I see the cave-in. Yup – the other side is where I started this most session. Oh, to be reunited with the try-hard desk cabinet, my maggot buddies, and the vanishing chairs of that room again. I take my headphones off and walk around the room – my real room – for a bit before proceeding.

I head down the grand hall to the doorway I spotted the monster go through because of course Frictional would make me go toward the monster, not away from it. As I pass through the doorway I hear the monster cry out but I don’t know from where. It sounded like it was behind me. I’m not even thinking at this point; my blood is screaming at me from within my veins, urging me to move. My heart beats in my throat and I’ll admit it – I feel the barest sliver of tears forming in my eyes. This is fear. This is real, palpable fear that I’m experiencing, and I’m getting it from a goddamn video game.

Holding my Shift key down I sprint through the doorway and through several rooms, closing and opening doors as quickly as I can manage. I realize that if I run into the monster through this maze of rooms that I don’t know where a nearby wardrobe is.

I don’t even listen for the monster’s footsteps before tearing from my room and going through the first door I see. It’s a New Zone door, loading a new area for me to be terrified in. It’s a small breather from what is essentially a seamless scare-a-thon, except I have the inkling that this, too, is a room I’ve been to before. The zone loads, and all around me is this red goop, like the fleshy substance that had barred my way earlier. It’s seeped into this part of the castle like corruption. One particularly nasty-looking boil pulsates on the ceiling. When it pops, it spatters the screen with red, blood-like splotches, and I yell in surprise. Chalk up another easy scare for Amnesia.

I know where I am now, and the realization does not inspire confidence. I walk the length of the balcony that overlooks a brightly lit room, treading past the screaming lady door, and then down the staircase. The passage that leads down to the “fleshweb” is to my left, and I fight the urge to ignore the visual and audio cues telling me to inspect it. I really don’t know what fluttering bird noises and a gust of wind have to do with the impassable wall down there, and I don’t really care. I don’t want to see what nasty surprise Frictional has cooked up for me this time, but even after everything I’m surprised to feel obligated to see the developer’s vision. They’re dangling an obviously gleaming hook here, and I’m the sucker who’ll bite.

Nothing. The way is still barred. Whatever it is that’s growing throughout the rest of the castle isn’t using this part to fuel it. I turn around and head back to the center of the room. Monster growls echo in the distance, a result to my fruitless inspection. What am I doing?

Since I chose to go upstairs, that leaves two paths to explore. I start with the one directly ahead. Dread fills me with every step. Two giant doors are before me, much like the exit doors that faked me out early on in the game. They’re interactive, just like the last ones, and I touch them out of morbid curiosity. The red, fleshy substance covers the doors like overgrowth. Another dead end. 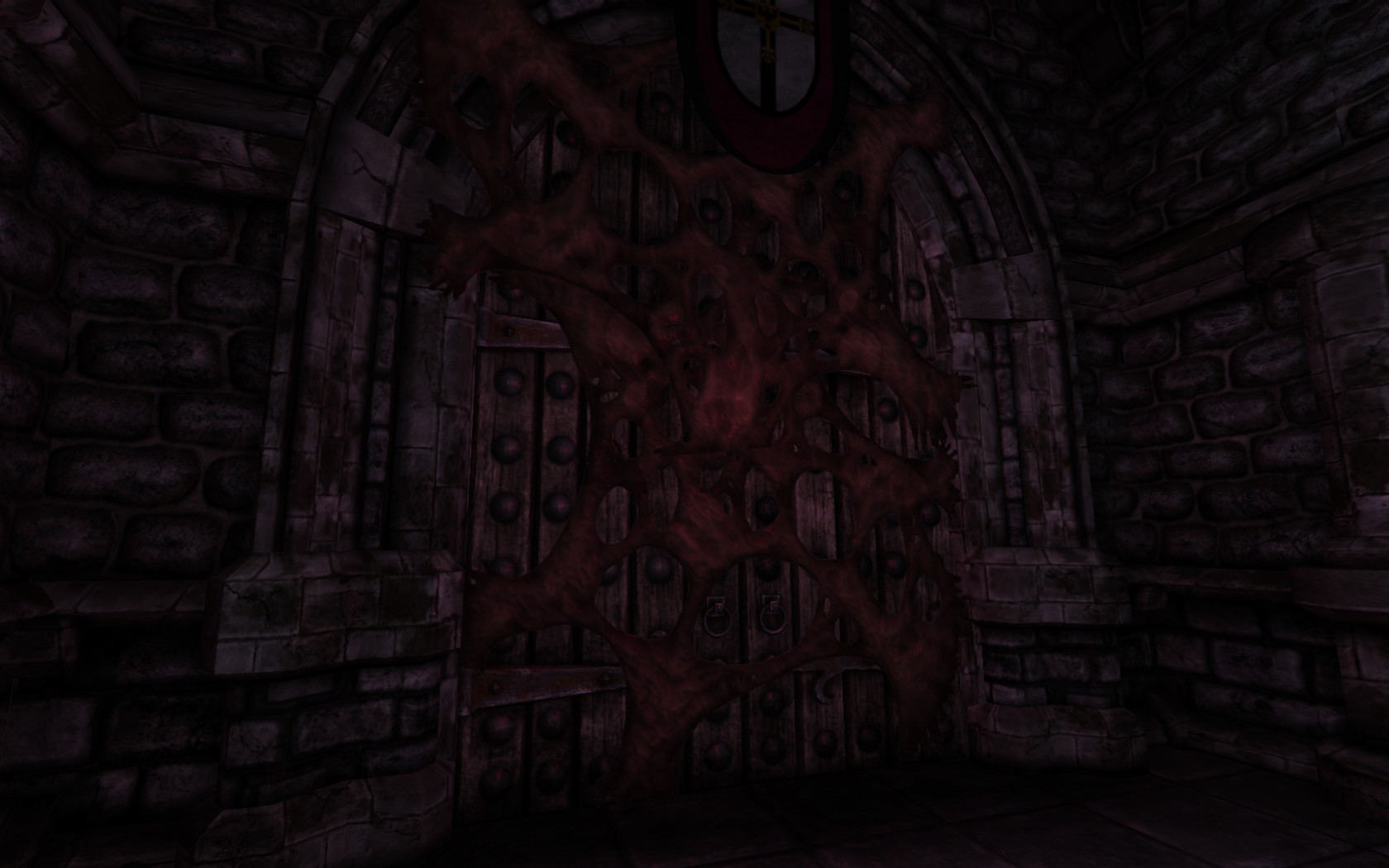 There’s only one way for me to go, which will put the monster behind me. The very idea of being stalked, constantly looking over my digital shoulder, instills a sense of defeat within me. I pull my headphones off my head and take stock of myself again – the real me. I don’t need to hit a button to see how I’m doing; I can feel the sweat in my armpits. My flight through the upstairs rooms have left my nerves shot. I don’t even hesitate this time when I save and quit the game for good.

Amnesia: The Dark Descent scared me. Frictional can mark another tally on their dungeon wall of accomplishments. But I guess getting scared and experiencing that scariness is what I was looking for. It wasn’t until I had exhausted those other options in that final room that I realized I didn’t need to seek out scares to do the game and it’s developers justice – my body had already done the honors. As far as I’m concerned, that’s Mission Accomplished.

I don’t regret being too scared to continue. A little, maybe, at letting Jordan down. But I do regret not seeing The Monster face to face. I’d seen screenshots, and I had been relishing getting to make an X-Files flukeman reference. I did, however, see the creature as I drifted off to sleep that night, lunging at me from that hazy state between waking and sleep, causing me to yelp out loud.

I pulled the covers up a bit higher that night.

Amnesia isn’t the kind of game that normally keeps me up at night. My imagination never ran wild with it at night like I do with other horror. Amnesia really is the kind of thing you have to be playing to really feel “in the moment.” At no point between my play sessions was I ever afraid that the game’s atmosphere or creepy camera angles would jump out at me from the shadows of my own home; I don’t have a wardrobe to hide in. But when I was in the thick of it, peeking my head into every room and passing every door throughout Castle Brennenburg, man. I can think of no experience more authentic.

I didn’t finish it, but I found what I was looking for: a transcendent piece of interactive entertainment, so well-thought out and fine-tuned to do exactly what it’s supposed to – scare, and scare deeply. I no longer feel like I’m missing out on a key gaming experience; I know what Amnesia is offering. And that is just not something I want to subject myself to. 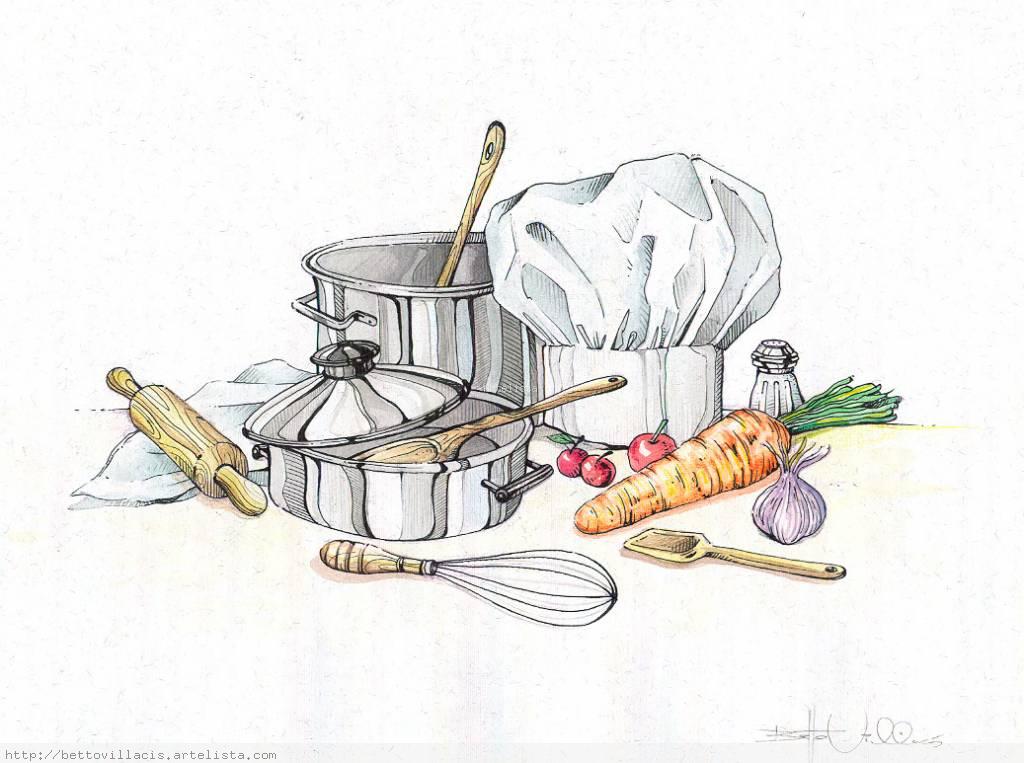 Cooking A Feeling: A Personal Passion

February 28, 2016 Jordan Feil Comments Off on Cooking A Feeling: A Personal Passion