Fake It Until You Make It

With all this talk of virility, all this begs the question: Can funny viral videos be manufactured? Surely “Gangnam Style” was made, but I have a feeling it was made for weirdness’ sake. For manufactured virility, I mean videos that have far more pragmatic ulterior motives.
Marketing agencies no doubt see the appeal in harnessing humor to grab thousands and millions of viewers to a brand. If the right kind of humor could be injected into an advertisement, one with the right kind of universality, it could create a lot of business.

A perfect example is Dollar Shave Club. In 2012 they released an online ad that found its way to Reddit and accrued thousands of views over a short period of time. The ad, while not necessarily joke-y, had a humorous, laidback tone. Its intent was to appeal to the Average Joe who laments over the expense of buying expensive shaving razor blades.

In all fairness, it seems like Dollar Shave Club and other marketing messages are coming closer to a universal, less subjective type of humor than the ones that happen by chance. Sure, it’s delivering a fine-tuned marketing message, the product of whiteboard brainstorms and spitball sessions. But it also doesn’t hide the fact that it’s an advertisement, which lends a degree of honesty to it. In trying to appeal to a specific audience, the Dollar Shave Club ad gained an appropriate amount of views. Sure it had ulterior motives — getting people to buy their razor sharp shit — but its success can’t be denied.

Still. The amount of success that an earnestly funny viral video — funny by a more subjective definition of humor — seems more earned, more authentic than one created by social media gurus and marketing teams. For every Dollar Shave Club success, there are hundreds of marketing videos that try to go viral and fail before even getting airborne. That same rate of failure exists for all videos posted online that don’t get the thousands upon thousands of views that are owed to them, but at least those have honest, or at least not money-making, intentions.

Maybe the humor itself isn’t the thing that people are finding so funny. Maybe it’s the transmission between those who have watched these videos that the virus really spreads. Saying phrases from the videos like “damn, Daniel!” or “give us another one!” and sharing a laugh over it — that re-transmission of information (I use the word “information” here in the loosest sense) turns these phrases into memes. And when someone quotes a funny viral video, they experience a feeling of validation — the person quoting it receives a share of the response that the video did.

But this doesn’t explain why viral videos are able to speak to such a high number of people. It’s possible this instance gets re-created hundreds of thousands of times, infecting different social groups. Watching something and laughing over it (or at it) with friends is one way to make something that’s complete garbage memorable and fun.

I mentioned before how the social aspect of watching viral videos via social media platforms makes sharing easier than just word of mouth. You don’t have to physically be face-to-face with someone to watch it. But I think the in-person sharing contributes more than other factors. There’s something about seeing a person’s reaction to the thing you found so funny that justifies your liking of it; you don’t even need to be quoting it. The sharing itself is what makes it go viral.

My coworkers may not have gotten validation from me for “damn, Daniel” but that’s fine. I may have been immune, but there were plenty others to be infected.

“Damn, Daniel” wasn’t the first viral video, and it certainly won’t be the last. Viral videos are still making us laugh; the only change is the thing people are laughing at.

Maybe funny viral videos aren’t so popular because of their brand of humor. Maybe it has nothing to do with the vast social channels available to us. Maybe the real magic of viral videos comes from sharing it with friends, bending the original meaning behind their posting to your group’s particular brand of weird. As long as people have the means to find them, viral videos will continue to exist. It’s better not to think of why they do, and just sit back and laugh. 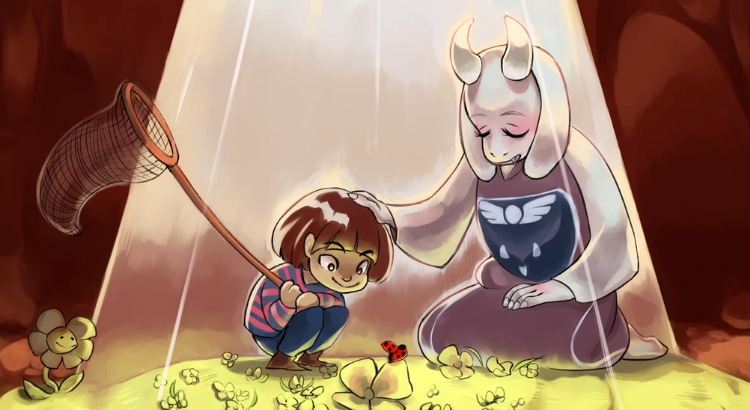 The Gift of Regret: Undertale

December 28, 2015 Eric Carr Comments Off on The Gift of Regret: Undertale