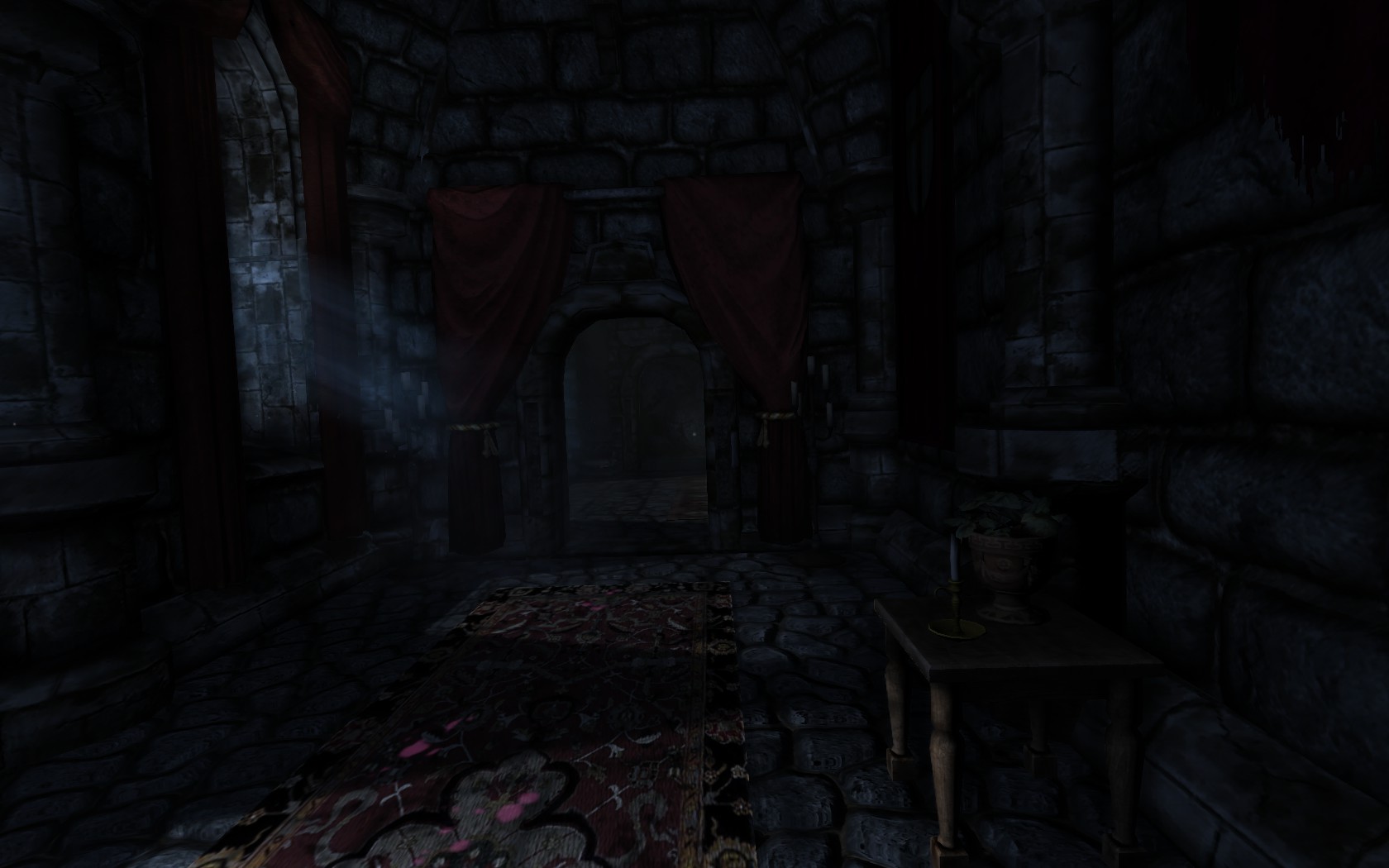 I cross the walkway and am unhappy to see a doorway at the end of it. Like, I went up here hoping to eliminate some paths to explore, not create more. I step through that door – ugh, another doorway. Just how big is this place? I see a barricaded door down a staircase, and I go to it, determination guiding my steps in challenge. “Try and scare me again, door,” I think, but nothing happens. Instead I find a tinderbox on one of the steps. Dammit, this game rewards exploration, the exact thing I don’t want to do. Usually I play games to see as much as possible, but I’m willing to make an exception with Amnesia.

I enter the Archives proper. I can already tell shit is not good here. The hallways feel too small, the lights not quite bright enough, and the carpets look like the floors of the most roach-ridden motel. I’m half-expecting my maggot friends to come greet me from the molding. Getting my lantern out, I ignore the door directly in front of me and turn right. There’s a lighted room far down the hall, but there are other, closer doors. I choose one, finding a clay vase or urn atop a table. I know this game doesn’t have weapons, but I pick it up anyway in the vain hope I’ll be able to throw it at a monster’s head. Instead it shatters against the table, and my screen darkens and blurs, indicating I’ve fucked up.

My wife will be home soon, so I’m determined to find something really scary to end on. I don’t have to wait long.

I enter the next room, and there’s a great, big thump that gets a good cry out of me. Suspenseful strings start playing as I struggle to open a chest that contains a tinderbox and some oil for my lantern. Nothing becomes of the thump, and I grit my teeth and move on. As much as it surprised me, that last scare didn’t seem like the kind of thing I could close the game over, dust my hands off, and proclaim, “So that’s the Amnesia experience!” Jordan would never let me hear the end of it. (Nor would I. – Ed.)

I go a few minutes without writing any notes. The next notable area is a grand hallway – well, as grand as it can be with boarded up windows and no furniture. I’m sure in its prime this place was pretty posh. I reach the end of the hallway and hear what I can only describe as monster noises. My friends the maggots have appeared again. I try to ignore them but they have the decency to vanish when I look at them. I bust out my lantern again and check my pulse, my real one, not a digital equivalent. It’s beating fast.

The next flashback comes in a library area. Well, it’s a small room with book shelves in it; I’m sure this castle has many libraries, one of which will have a rolling ladder and a globe. That’s what I think about while ‘ol Daniel blathers on about remodeling the castle. Gee, sure wish you could have gotten that project together before I started playing, Danny Boy.

I regret to say the final scare is a bit of a lame one. As I round a corner and move into the next room, I spot a massive mound of rubble coming in through the roof mere milliseconds before a blaring cave-in noise causes me to throw my hands up in the air. Stupid game! The cave-in was already there! I can imagine what it sounded like, you didn’t have to give me an example! At this point, I’m expecting my wife home at any second, and besides, I’m too rattled to go on any further. I save and quit and close the game.

The Start of a Decent Descent

Amnesia is every bit as scary as people say, even more so in some respects. Frictional Games crafted every aspect of this game into a terrifying package. They thought of everything, from the inconsistent and always surprising sound design to the ever so slightly off-putting tilt of the camera. They even had the foresight to anticipate much of the player’s behavior (my curious foray into the lighted room with the Pictures of Betrayal comes to mind), and it all contributes to a game experience I’ll not soon forget.

But my hour with Amnesia was not very eventful. In fact, it wasn’t even a full hour; my Steam account shows me I only lasted 52 minutes, and that’s counting noodling with the user interface. If I’m being honest, I don’t feel like I did the game justice. Sure, Amnesia was easily the most unnerving experience I’ve ever had behind a screen, but I feel like I just barely scratched the surface of what I’m sure is a monstrous masterpiece.

I had a text message conversation with Jordan mere minutes after my adventure. Jordan, like Amnesia itself, is not going to let me off so easily: 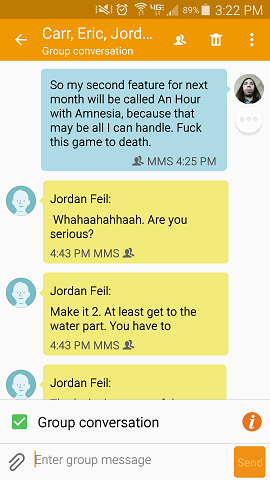 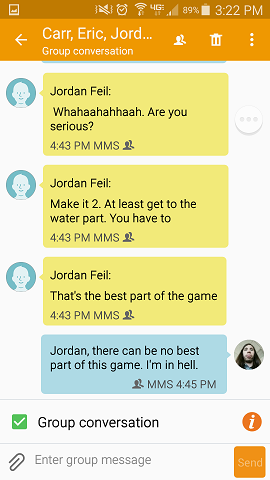 Even having identified what is scary about the game, I can’t pretend I’ve obtained any sort of mastery over it. If I do end up going into the breach again, and I most certainly will, I’m going to make sure I am thoroughly, utterly, scared.

Why the Sympathetic Villain is the Best Kind of Bad

August 2, 2016 Eric Seal Comments Off on Why the Sympathetic Villain is the Best Kind of Bad